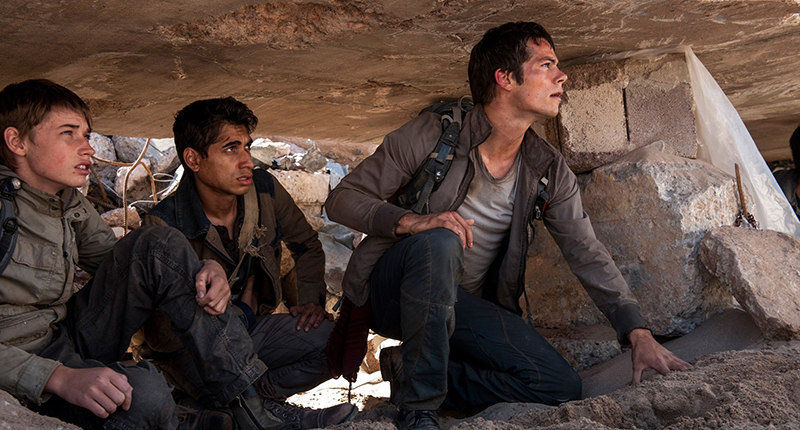 With just about every young adult novel series being adapted for the silver screen, it’s easy to blend them all together into one big, post-apocalyptic, will they/won’t they hook-up, let’s take down the man adventure. The first Maze Runner film actually garnered my attention with some interesting set pieces, alluring mysteries and some originality. I wish I could say the same for the second venture. The film begins exactly where the last one ended, and Thomas (Dylan O’Brien) and friends find themselves in an eerie lockdown fortress where something is amiss. Once it’s decided that it’s time to escape and dash off into “The Scorch,” a deserted wasteland, in order to find a resistance army, the audience is given a rehashed zombie movie that is all too familiar. The first encounter takes place in an abandoned mall for crying out loud. Anyone else see Dawn of the Dead? The film is easily 25 minutes too long, and I almost screamed aloud once I realized director Wes Ball was trying to recapture the Boba Fett/Han in Carbonite moment from The Empire Strikes Back—but it’s not all misfires. The set pieces, once again, look depressingly beautiful, as toppled skyscrapers lay upon their neighboring structures, and the world we once knew is all but gone. Here’s hoping the third chapter rediscovers its uniqueness and brushes the sand off its tattered celluloid. –Jimmy Martin