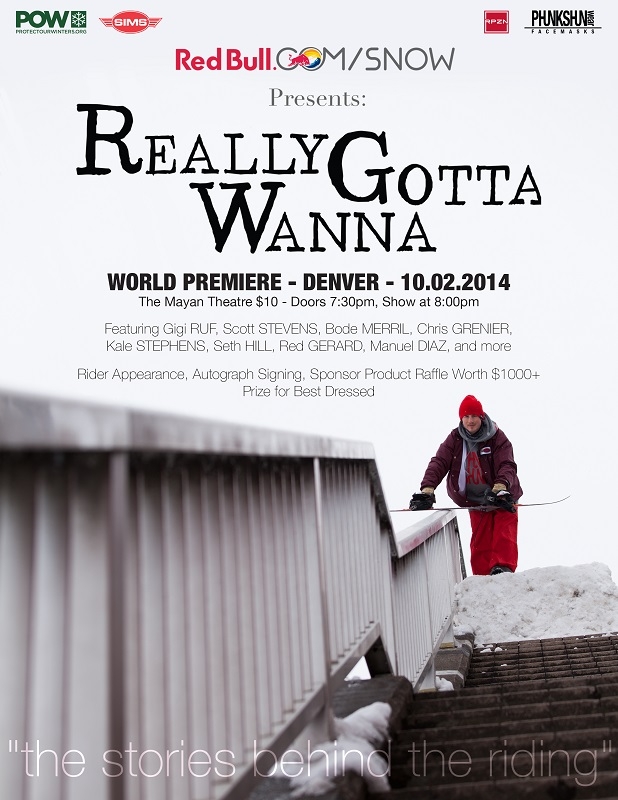 Really Gotta Wanna shows the challenges faced by real snowboarders throughout the world.

We’ve all seen our fair share of snowboarding movies, from low-budget films shot by guys on their home mountain to mega buck productions that involve tits, cinematography and epic riding. What they all do is basically the same—show a handful of riders with snowtastic skills throwing it down. Created by Seth Hill, a professional snowboarder hailing from Keystone Colo., Really Gotta Wanna tries to step outside of the standard snowboard movie mold and show the real side of snowboarding. It tries to show why riders go to such insane lengths for a video or magazine shot. Hill almost succeeds in his endeavor, delving into how kids start snowboarding, then hitting how important competition is in securing a name for yourself as a rider. Watching the footage, it becomes apparent that snowboarding as a sport is becoming saturated with riders desperate to find a way to stand out. Markku Koski, a professional rider from Finland, said it best when he remarked, “Snowboarding is going in the way where the trick matters so much that the style doesn’t matter anymore.” For those lucky enough to have made it into the professional circuit, Really Gotta Wanna highlights how difficult it is to stay relevant, whether it’s through new tricks or hitting the backcountry for that “wow” factor. The film lulls in its second half and loses its original momentum, slipping into a generic set of scenes that remind me of films past. With all the buildup in the beginning and then such a blasé finish, I feel like I’ve been dickteased.