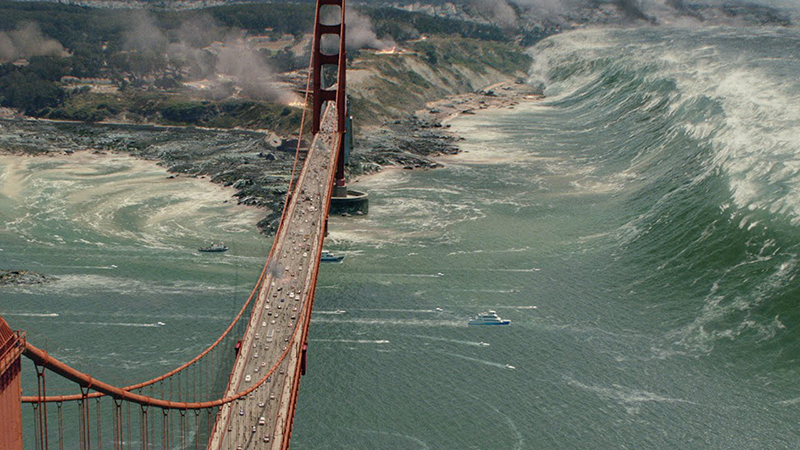 There’s not much to say about a film entirely about earthquakes, but let’s do it anyway. I must admit, my theater experience tilted the judgment scale on this one, since I witnessed this disaster-porn epic in 4DX. If you are unfamiliar with the format, 4DX theaters have aggressively shifting seats, smoke machines, water sprayers, aroma emitters, strobe lights and tubes of air that spray the back of your neck. It essentially converts any film into a ride at Disneyland. As I watched Dwayne “The Rock” Johnson save the day as a rescue helicopter pilot who attempts to salvage his marriage with Carla Gugino as their daughter, played by Alexandra Daddario, tries not to fall into a massive crater, I could only imagine how much less entertaining the film would be without all the antics occurring. Sure, the effects are beautiful, and Paul Giamatti is a delight even  when he’s ducking under a desk half the time, but the plot is paper-thin and reeks of ’Merica pride (see unnecessary flag waving in the wind just before credits). Johnson is a great lead and possesses the ability for far greater productions, but sometimes you just go to the theater to watch iconic structures be demolished by skyscraper-sized tidal waves. –Jimmy Martin