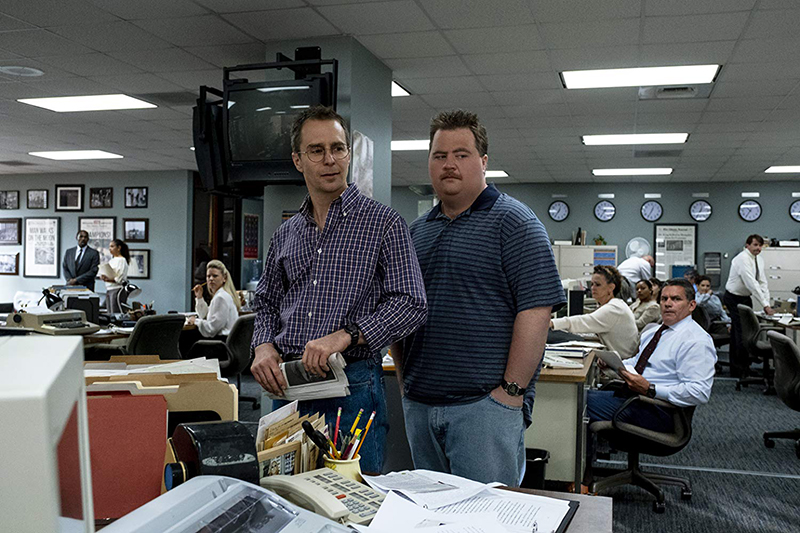 I have a mixed history with the films of Clint Eastwood. Unforgiven, the director’s nearly flawless masterpiece, not only helped shape my taste in movies but my world view and sense of morality as well. He’s made a handful of other triumphs, including Mystic River, Million Dollar Baby and, most recently, the highly underrated Sully. But he’s also made a lot of misfires—last year’s The 15:17 to Paris should have been released directly to RiffTrax—and sadly, watching his movies from the last decade has felt more and more like listening to Grandpa Simpson tell a story but forgetting the point halfway through.

Richard Jewell chronicles the true story of the title character, played by Paul Walter Hauser, a security guard who discovered a backpack filled with three pipe bombs during the 1996 Atlanta Summer Olympic Games and saved lives by alerting police and helping evacuate the area. Jewell’s new found status as a hero was short lived however, once The Atlanta-Journal Constitution ran a story that the FBI was investigating him as the prime suspect in the bombing.

For the most part, Richard Jewell is an example of Eastwood as a skilled storyteller with a gift for human drama. Hauser, who is best known for his supporting roles in I, Tonya and Cobra Kai, steps up to the plate for his chance to play the lead and hits it out of the park. It’s an Oscar-caliber performance, and for me, a far more honest and insightful portrayal of the tortured, awkward loner who lives with his mother and is desperate for approval than we saw in Joker. Kathy Bates is glorious as Richard’s mother Bobbi, and Sam Rockwell shines as Richard’s lawyer. Olivia Wilde does surprisingly well at making the film’s most problematic character rise above thoughtlessly sexist overtones by refusing to play her as the villain.

Richard Jewell is surprisingly balanced and fair, resisting the urge to turn into a diatribe against “fake news”—though, as I saw at the press screening, the crowd that watches the film hoping to find that message will still be able to do so if they bring these assumptions in with them. The script by Billy Ray is sensitive and sincere—if a bit too on the nose at times—and the movie packs an emotional punch. It’s not a truly great film, but it’s a good one and easily one of Eastwood’s best this decade. – Patrick Gibbs