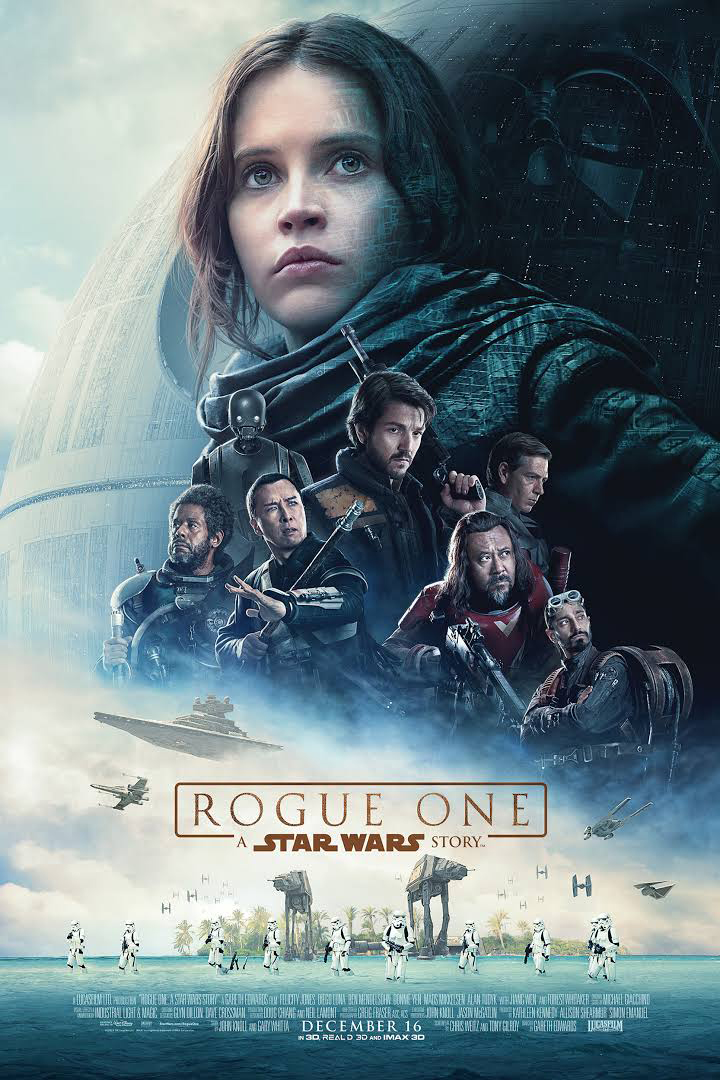 I have never been a fan of prequels. What’s the point? You can put young Anakin Skywalker in as much peril as you want, but (spoiler alert) I know that he becomes Darth Vader and dies in Return of the Jedi. That type of storytelling doesn’t entertain me. That said, when you bring a new ensemble of characters into an already developed universe and integrate them into an extremely important plot point that the audience doesn’t know yet—then I’m all in. This tale takes place between Episode III and IV in the Star Wars universe. Jyn Erso (Felicity Jones) is the daughter of Galen Erso (Mads Mikkelsen), who just so happens to be the lead weapons developer for the Death Star. The Rebellion is desperate to locate Galen’s whereabouts, and he has a very important message for them. Jyn joins a group of rebels led by Cassian Andor (Diego Luna), and the batch journeys to stop the Empire from overtaking the galaxy. Director Gareth Edwards delivers an impressive feat with a story that is as hysterical as it is heartbreaking. Greig Fraser’s cinematography is absolutely breathtaking along with Michael Giacchino’s score. After witnessing this excursion, you will never look at Episode IV in the same light ever again. The add-ons improve the story and actually explain certain details that many fans have complained about for 30 years. The number of Easter eggs embedded into the storyline is far too much for this geek to catch in one sitting, but the ones that I did catch made me as giddy as a schoolgirl. Finally, the Star Wars universe has a prequel this critic is excited to watch over and over. –Jimmy Martin