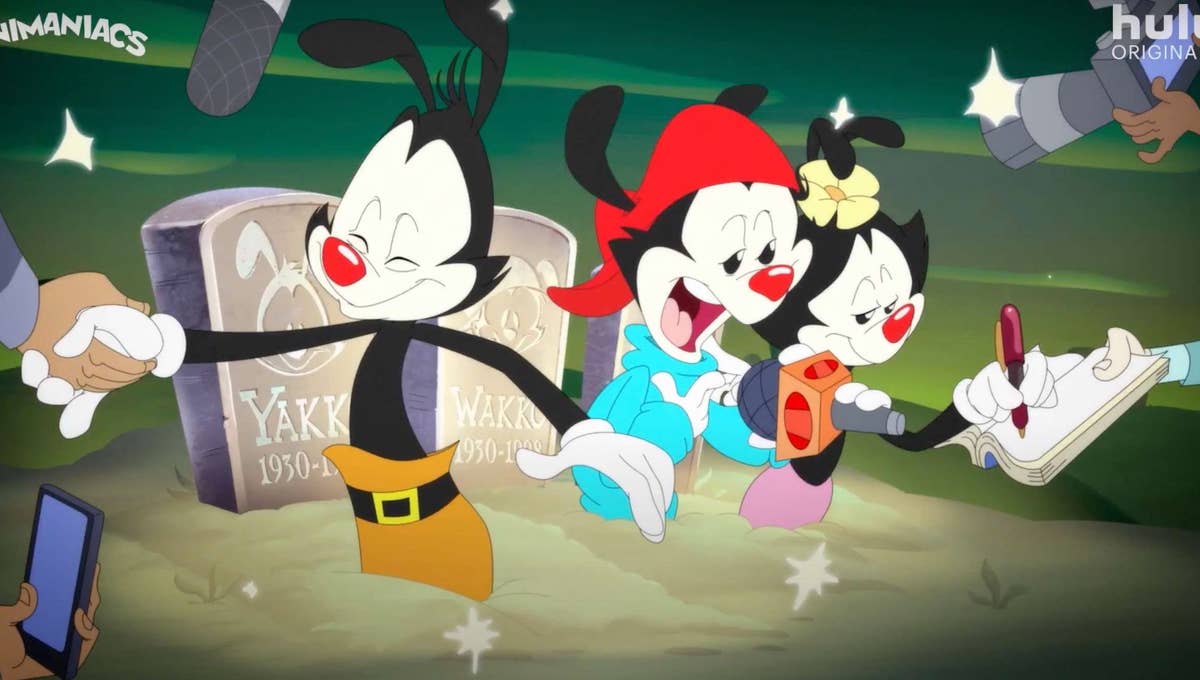 In 1993, the same year that Steven Spielberg made us feel like we were seeing real-live dinosaurs for the first time, he also lent his name and considerable clout to what remains his most triumphant foray into television—that fall, we met the Warner Brothers and the Warner Sister (you’d like her if you kissed her).

Animaniacs was without a doubt the most cerebral, zany, imaginative and bizarre thing to hit the world of daytime cartoons in … well, ever. This was a show that had the audacity to do a parody of Apocalypse Now that took place on the set of the infamous, never-released Jerry Lewis bomb The Day The Clown Cried, knowing full well that far less than a fourth of the audience was totally getting it. And yet, the segment was still enjoyable for the little kids who were watching it. But the biggest difference between Animaniacs and The Simpsons, the show that had redefined animation’s place on TV just two years prior, in terms of effect on popular culture is that The Simpsons never stopped running: Ironically, in refusing to go away, it lost its immortality and it became painfully and shamefully irrelevant.

Sometimes it’s true that absence makes the heart grow fonder, and the new 13-episode season of Animaniacs was like watching The Simpsons Movie or The Muppets, the glorious 2011 film, for the first time. It has that same exhilarating feeling, like reconnecting with a very dear old friend. And while you feared you may not have as much in common as you once did, if anything, you treasure them now more than ever and wonder how you got by without them in your life.

In the first segment of episode one, entitled Suspended Animation, Wakko, Yakko and Dot (voiced once again by Jess Harnell, Rob Paulsen and and Tress MacNeill) return to the studio lot after 22 years and have to get up to speed on everything that’s gone on in the world while they were away—and what better what better way to do it than through song? Meanwhile, in Of Mice and Memes, the megalomaniacal mouse Brain, along with his sidekick, Pinky, try to take over the world, this time using a brand new tool that wasn’t at their disposal before: the internet.

The Warners are as adorable and clever as I’d hoped for, but it was Pinky and the Brain (Paulsen and the legendary Maurice LaMarche) that had me rolling on the floor. This segment has always been a highlight, so much so that it got its own spinoff series. But the way they’ve managed to not only keep it from feeling stale but even reach new heights of comedic brilliance really caught me by surprise.

Animaniacs has kept the same look, though it’s slicker than ever. The show has been updated to fit the times, primarily in terms of updating the references, but it does also make an effort to be more conscious of equality, in particular a certain emphasis on feminism. Still, they nicely balance any added emphasis on political correctness with making fun of the that emphasis at the same time. Anyone out there who is concerned that the show might get edgier and more vocal in terms of political satire will not be happy to hear that it does exactly that, and it’s filled with enough outraged, derisive—and most of time, very funny—Trump references to make Saturday Night Live jealous. I recognize that some people may take issue with this and feel that entertainment should just be entertainment, but the fact of the matter is that it’s now that show that has changed here. It would be quite preposterous to bring the Warners, especially Yakko, into the political climate of 2020 without them commenting on a world that’s more “totally insaney” than they ever were. It’s like resurrecting the Marx Brothers and expecting Groucho not to rock the boat.

The new showrunner, Wellesley Wild, is a veteran of Family Guy and The Orville. The former gives him all the training he needs in irreverent—but still as kid friendly as ever—animation, and the latter demonstrates that he knows how to recapture the feel of great ’90s television.

The thing that makes or breaks this kind of reboot is awareness of the fact that in many ways, it is aiming for an entirely different audience by aiming for exactly the same one at a new time in their lives. Animaniacs has done this better than I could have hoped for, and it’s nothing less than pure, unfiltered joy. –Patrick Gibbs