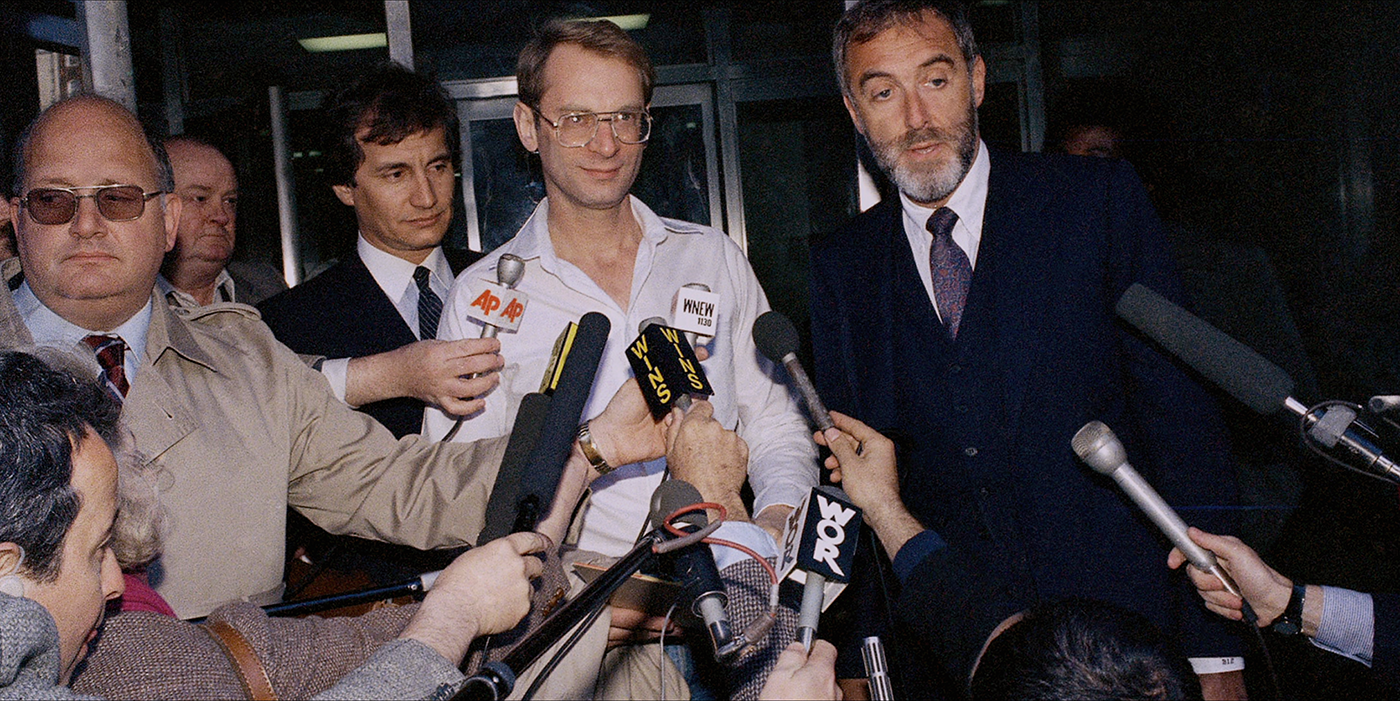 It’s pretty clear at this point that there is a big audience out there for true crime documentaries, and the more sensational the better. The six-part series Trial by Media reflects on some of the most dramatic and memorable courtroom spectacles in recent history. The basic premise is that, ever since televised coverage introduced a new emphasis on creative storytelling and showmanship into the legal system, the courtroom has never been the same. Trial by Media explores the many ways in which the press has contributed to reshaping public perception about guilt or innocence before, during or even after a trial.

Executive Producer George Clooney has always had a fascination with the influential power of television for good and bad, and his two best films as a director, Confessions of a Dangerous Mind and Good Night, and Good Luck, dealt heavily with those themes. Clooney’s influence is all over the show’s big hook. The first episode, “Talk Show Murder,“ instantly fosters an addiction to the series and chronicles the bizarre Jenny Jones Show murder trial, a disturbing and lurid tale that is immensely involving and raises a lot of questions. That said, the episode left me questioning whether it wasn’t really just dusting off the story one more time to exploit it for entertainment value. Far better, if a lot less fun to watch, is the superb “41 Shots,“ which tells the unforgettable tale of Amadou Diallo, an unarmed African immigrant who was shot 41 times by police in New York City. Where most of the others make for good installments in series, “41 Shots“ stands on its own a powerful documentary film.

Some of the other highlights include two cases that inspired Oscar-winning films: the infamous case that was charged “Big Dan’s,” which recounts the New Bedford rape trial that inspired the excellent and groundbreaking classic The Accused. And “Subway Vigilante”, the sensational story of Bernard Goetz, which was dumbed down and glossed up into Todd Phillips’ wildly overrated Martin Scorsese fan-film Joker. The Goetz case is a piece of history, brimming with racial overtones and it ultimately played a major role in creating the modern NRA. This episode kept me glued to the screen, and it’s a far more nuanced telling than Phillip’s watered-down riff on the story that missed the point almost entirely.

Trial by Media is a highly entertaining and watchable series that captures the multiple sides of some very complex stories, though for my taste, it’s a bit too depressing to binge-watch all at once. –Patrick Gibbs