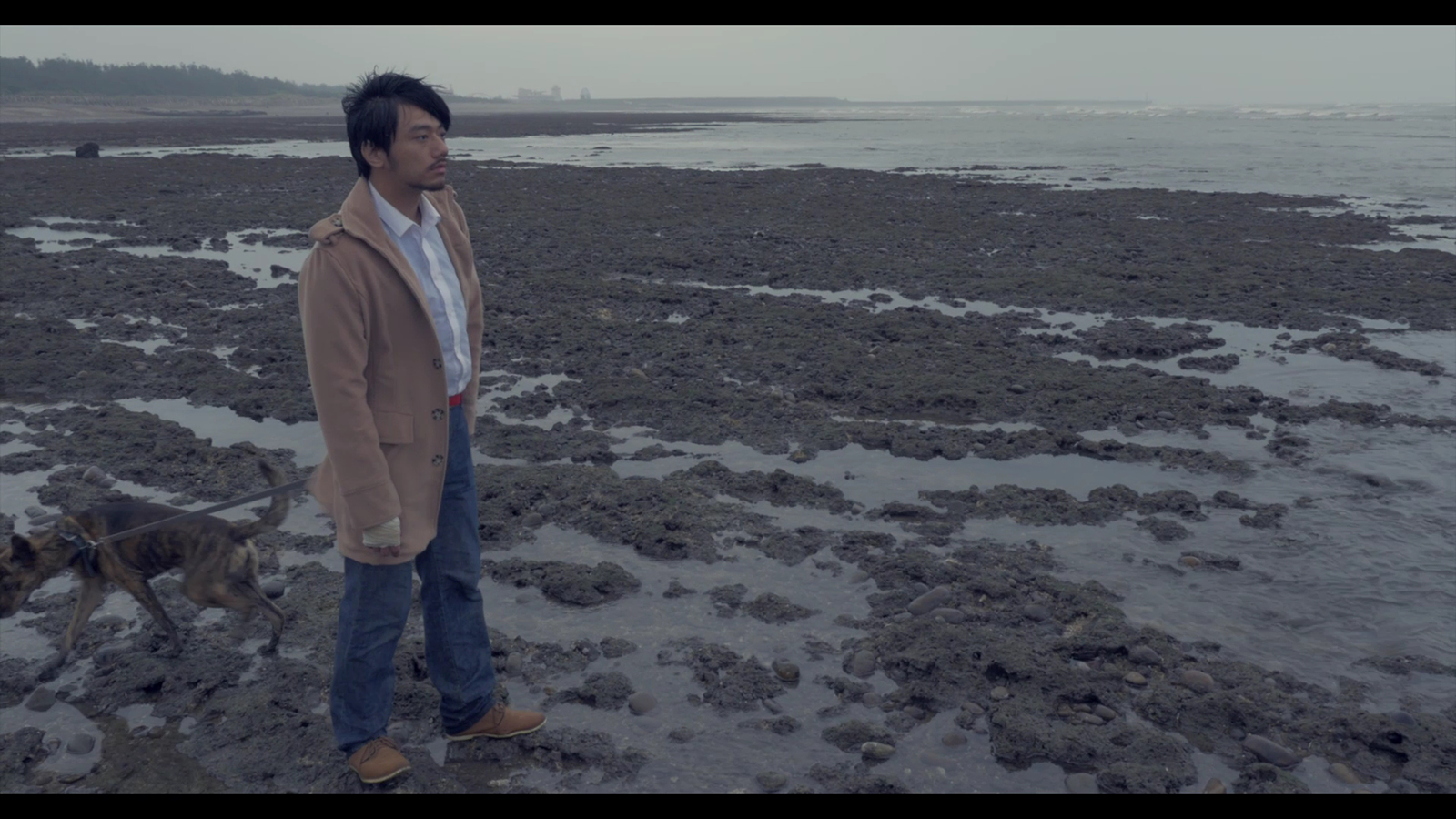 For those who might not know, an aerotropolis (“airport metropolis”) is an urban form whose infrastructure, economy and physical layout center on an airport. Such is the case with the government-supported Taoyuan Aerotropolis in Taiwan, the setting of Jheng-Neng Li’s Aerotropolis.

Aerotropolis follows Allen (Chia-Lun Yang), a young, middle-class man who invested everything he owned into a beautiful apartment and unused aerotropolis land, enticed by the prospect of flipping the properties for major profit. He finds his investments languishing on the market, however, and his life languishes, too. In between appointments with prospective buyers, Allen naps and charges his phone in public spaces—the train station or an airport park—and keeps all of his belongings in his small car, where he sleeps. Allen’s girlfriend, Tzu (Jui-Tzu Liu), works as a flight attendant, so the two don’t see each other frequently. The little time they do spend together is spiritless and strained, and they sleep on the floor of Allen’s investment property, with no bed and a couple of space heaters.

It’s easy enough to grasp the implications in Aerotropolis by director Jheng-Neng Li—who terms the Taoyuan development a “fiasco”—but it’s difficult to follow the mundaneness of Allen’s life. Lulled in by the aerotropolis’ “promised land,” Allen is instead ensnared by the pitfall of financial pressures and an existence stripped of meaning.

Paralleling the conflict between the promise and the reality of the aerotropolis is a more personal discord: that of Allen’s faith and desire. It’s an intriguing and somewhat perplexing device on Li’s part. Allen is a Christian, a fact only made clear by the big-choir hymns he listens to in his car, but he is also constantly repressing the strong, sexual desires he feels toward women (like pushing his girlfriend away when her advances get too heated). Instead, he assumes alarming, voyeuristic tendencies through his smartphone camera, photographing some laundered lingerie as it hangs to dry or an ad featuring women in sports bras. In other instances, he spies on his neighbor as she takes selfies, and he follows a girl around after she gets off work, just to watch her.

Allen’s life is troubling. He’s simultaneously tormented yet bored, burdened and locked in by his financial investments. Aerotropolis takes a deeply intimate and unsettling approach to exploring the very real consequences of urban growth, land grabbing and a political fixation on economic development—in particular, the people displaced or, as is Allen’s case, left behind, in more ways than one. Aerotropolis is a bleak and powerful meditation on the emptiness of contemporary life, on the pressures and promises that so repress and haunt us. Beautifully shot, Li uses silence, stillness and patience to craft Taoyuan City as it was intended, a seeming modern idyll—which only makes the hazy languor of Allen’s life so much more jarring. –Kathy Zhou