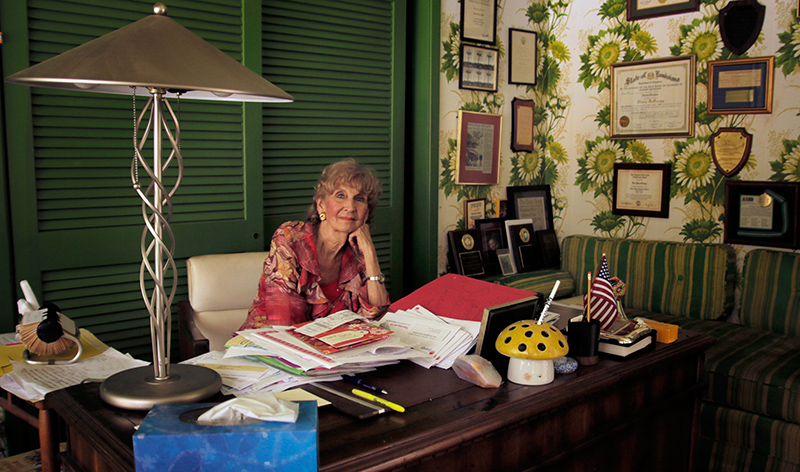 A woman only introduced as Mildred sets the scene for how Bogalusa, Louisiana came to be what it is today, explaining the Choctaw land’s history and how the Goodyear family started up the largest—and unsustainable—sawmill in the early 1900s. Today, it’s a paper mill town. However, it’s her insight into why she eventually came back that is the most telling about the town. “You always will belong to the place you live your childhood, I think,” she says.

Bogalusa Charm chronicles the people of Bogalusa, who narrate their own interwoven histories as part of the collective lore of the town. One common, recurring theme is that of the Smoky Creek Charm School, led by a woman known as Miss Dixie, who teaches the girls proper etiquette for any situation. The school is a summer school,and there is a graduation ceremony at the end of every summer. The documentarians interview a few other young women throughout the town, asking them questions, the last of which is usually, “Did you attend Miss Dixie’s charm school?” There is a heavily Christian influence on the charm school, and one can’t help but notice that most of the girls in attendance are white.

However, the focus is not only on the charm school. It merely serves as a backdrop as the documentarians delve deeper into the inner politics of the town, described by the various town residents. One such “character” is Miss Sandy, a sassy, self-described “agnostic” barkeep and restaurant owner who makes a mean snapping-turtle soup. She talks about how religion often gets in the way of politics in the town. For her, she is happy to see more diversity in the town to bring in new ideas—she also gives a hint into the race relations when she says that her son, who is in an interracial marriage, decided to moved up to Illinois, where his marriage would be a lot more accepted.

As the film interviews more people, it becomes apparent that each resident has a different view of what is happening to Bogalusa. One young woman, introduced as Hanna, is interviewed working at a restaurant. She explains that she grew up fast and had a child at age 15. However, she shrugs it off, saying that most of her peers grew up fast as well, and that it was almost uncommon to not have at least one child by the age of 20 in the town. One man, who was about high-school age during the Civil Rights Movement, explains that integration, while necessary, was definitely detrimental to education for the black students at first, because they did not receive the same attention from white teachers as they did black teachers. Hanna, being only 18 at the time of the interview, explains that during her high school experience, a lot of people segregated themselves, hinting that even though people would think that younger people would be more accepting, the history of the town is still prevalent for the young kids that live there.

Ultimately, because there are so many differing opinions on every recurring theme of Bogalusa, the townspeople often show conflicting sides of each situation. While the film pans to scenes of rundown and vacated buildings littering the town, some of the townspeople have hope that the town can make a recovery and progress into the future, while others feel as though the history of racial tension, drugs, environmental issues and social problems are indicative of a “dying” Bogalusa. –Ali Shimkus