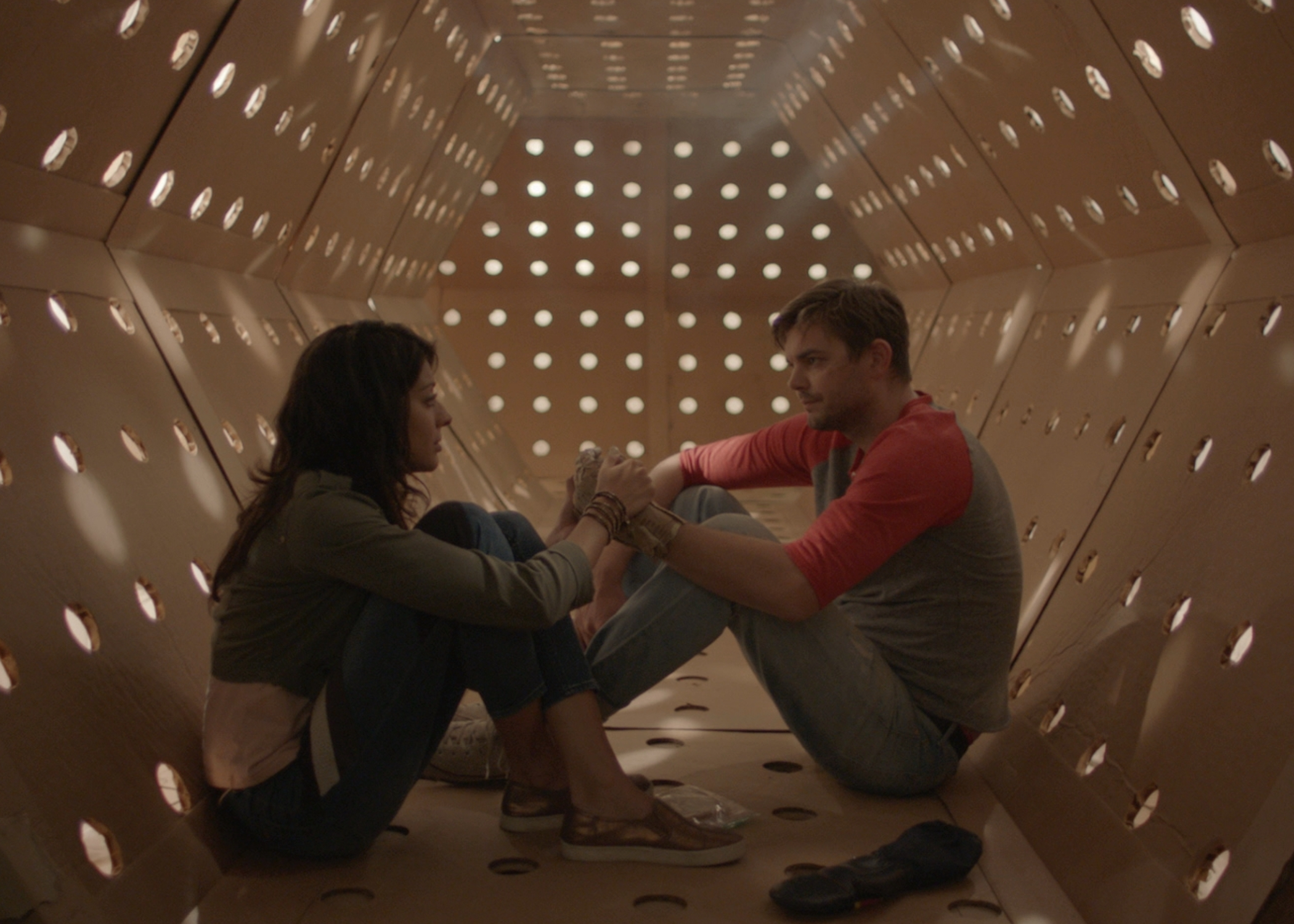 Dave Made a Maze

In what can only be described as a quirky, absurd comedy with a touch of horror-movie antics, Dave Made a Maze starts with Annie (Meera Rohit Kumbhani) coming home to a makeshift cardboard project sitting in her living room. Calling for her boyfriend Dave (Nick Thune), she quickly learns that he is inside of the cardboard mass, which he has dubbed a “labyrinth,” and that he is unable to find his way out. While she offers the solution of possibly crushing the maze in order to rescue him, he is opposed to the idea, saying that he is so close to actually finishing something in his life. He instead asks her to call his friend Gordon (Adam Busch) to help him find a way out. However, this plan completely spirals out of control as Annie and Dave’s apartment is soon overrun by friends, distant friends, a film crew trying to make a documentary and even foreign tourists.

Dave’s echoing voice warns the people who have come to see the maze that it is, in fact, extremely dangerous, and that no one should enter in order to save him. Annie, with a resolve of her own, decides to venture inside, trying to stay under the radar so that no one follows her. However, everyone enters the maze, where the walls, creatures and challenges are all made out of cardboard and paper, but the danger is very real. There is a psychological element to the maze, as everything that has been created is somehow connected to Dave’s subconscious will. Early on, the overly enthusiastic Jane (Kirsten Vangsness) is decapitated by a booby trap in the maze, yet the blood is only shown as red yarn spilling onto Annie as she screams. When she is finally done screaming, she picks up the yarn and asks “Is this my yarn?”

The rules of the maze seem to only make sense to Annie, Dave and to a certain extent, Gordon. While Dave did create the maze, it is obvious that the maze has taken on a life of its own. The fact that Annie and Gordon are the only people who can successfully understand the mechanics of the maze and what they need to do shows that at the core of it, they are the only ones who understand Dave as a person and where the maze may go next based on his quirks. And while everything is silly and impermanent, when the survivors leave the maze, there is no mention of those who met their demise at the many booby traps within.

Visually speaking, the booby traps and various villains inside of the maze are complex and unique to watch. The special effects, most of which were filmed with stop motion, have a very colorfully stimulating feel to them, as the maze is never just cardboard, but a whole cacophony of art supplies and glitter, even in the darkest moments of the film. The Minotaur (John Hennigan) ⎯depicted as a muscular man with a cardboard bull’s head⎯ is both goofy and frightening, as he pursues Dave, Annie, Gordon and the film crew through the maze. It is really up to the viewer whether they want to see Dave’s maze as a metaphor for his own life and artistic pursuits, or if it is simply the reality in this universe. –Ali Shimkus

Screenings will be preceded by No Other Way to Say It (USA), directed by Tim Mason.