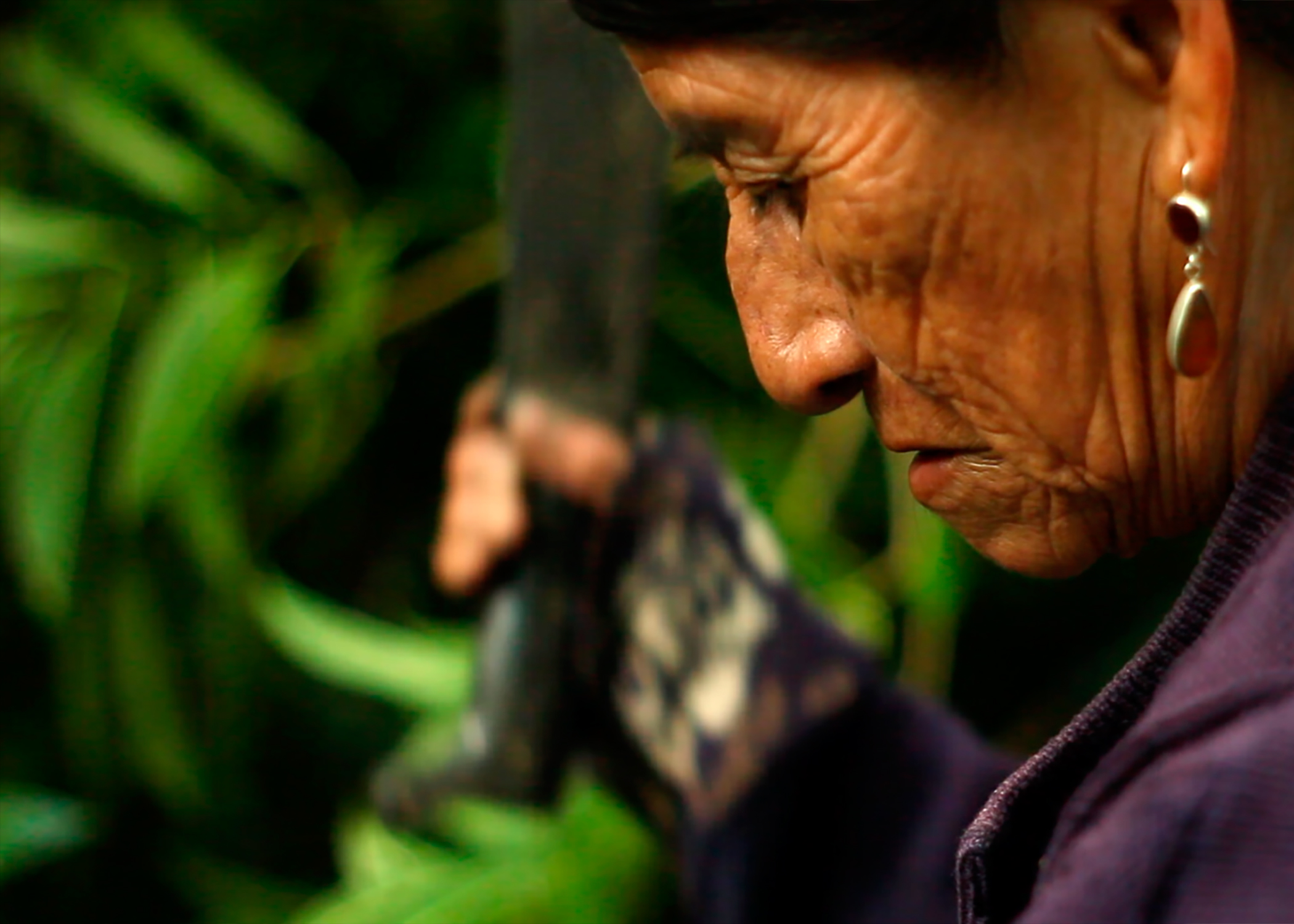 The Modern Jungle depicts life in an area of Oaxaca, Mexico, known as La Selva Negra (The Black Jungle), and follows local Zoque shaman, Juan Juarez Rodriguez and his neighbor and friend, Carmen Echavarría Gomez. We are introduced to Juan as he leads a shamanistic ritual in a dimly lit room. The ceremony focuses on healing and protecting a mother and her child, and the rituals themselves mix elements of Catholicism and mysticism. Though Juan still practices as a shaman, globalization and modernization start to encroach upon his and Carmen’s lifestyle. It is first shown with some of the elders in the community complaining about their own sons stealing from them in order to buy cellphones and other modern luxuries. This is further touched upon in a scene where Juan needs to go to a doctor to address a hernia—a trip that requires a long and expensive bus ride into the nearest developed town. Juan resists, partially because he feels as though doctors have never helped him in the past and have only used him for his money, and partially because the trip itself is so arduous and costly. When the doctor reveals that Juan will only continue to experience pain until he gets surgery on his hernia, Juan is immediately distrustful and resists the doctor’s and the director’s advice.

However, Juan is sucked into a pyramid scheme involving protein powders that the salesmen spin as having healing benefits, and he believes that the drinks will help cure his hernia, despite the director telling him on camera that he shouldn’t trust the salesmen. Interestingly enough, the documentary lingers on the fact that, as filmmakers, they too are affecting Juan and Carmen’s lifestyle, as some in their community ostracize them for appearing in the film—arguing that the filmmakers are only exploiting their story and not paying them enough. Complicating matters further, Juan is often shown earnestly asking for more money from the filmmakers in order to take his bus to go see his doctor, which is all captured in the documentary. The filmmakers do not shy away from the fact that their interactions with Juan and Carmen are not always positive, simply because their presence in the community is not completely welcome. The fact that the filmmakers keep this social commentary intact gives a certain honesty to the whole project that is often not found in other documentaries, which often only offer third-person view without ever showing the implications of the filming process itself on the subjects of the documentary.

A lot of what happens in The Modern Jungle is conveyed without words—Juan’s journey through town is somewhat haunting as he slinks through the streets to make his appointment with the doctor. Carmen and Juan are documented going about their daily duties despite their age and their bodily pain. One scene lingers on Carmen as she chops down a tree with impressive strength for her age and stature. Another shows Juan as he mixes the protein powders he bought from the salesmen with an egg in as he would normally do in a shamanistic ritual, and how he prays as he drinks the mixture, desperately believing that the powders will cure him. The Modern Jungle shows that in their life, the work never ends or gets any easier, especially as the world is changing rapidly around them, threatening to change their ways of life. –Ali Shimkus