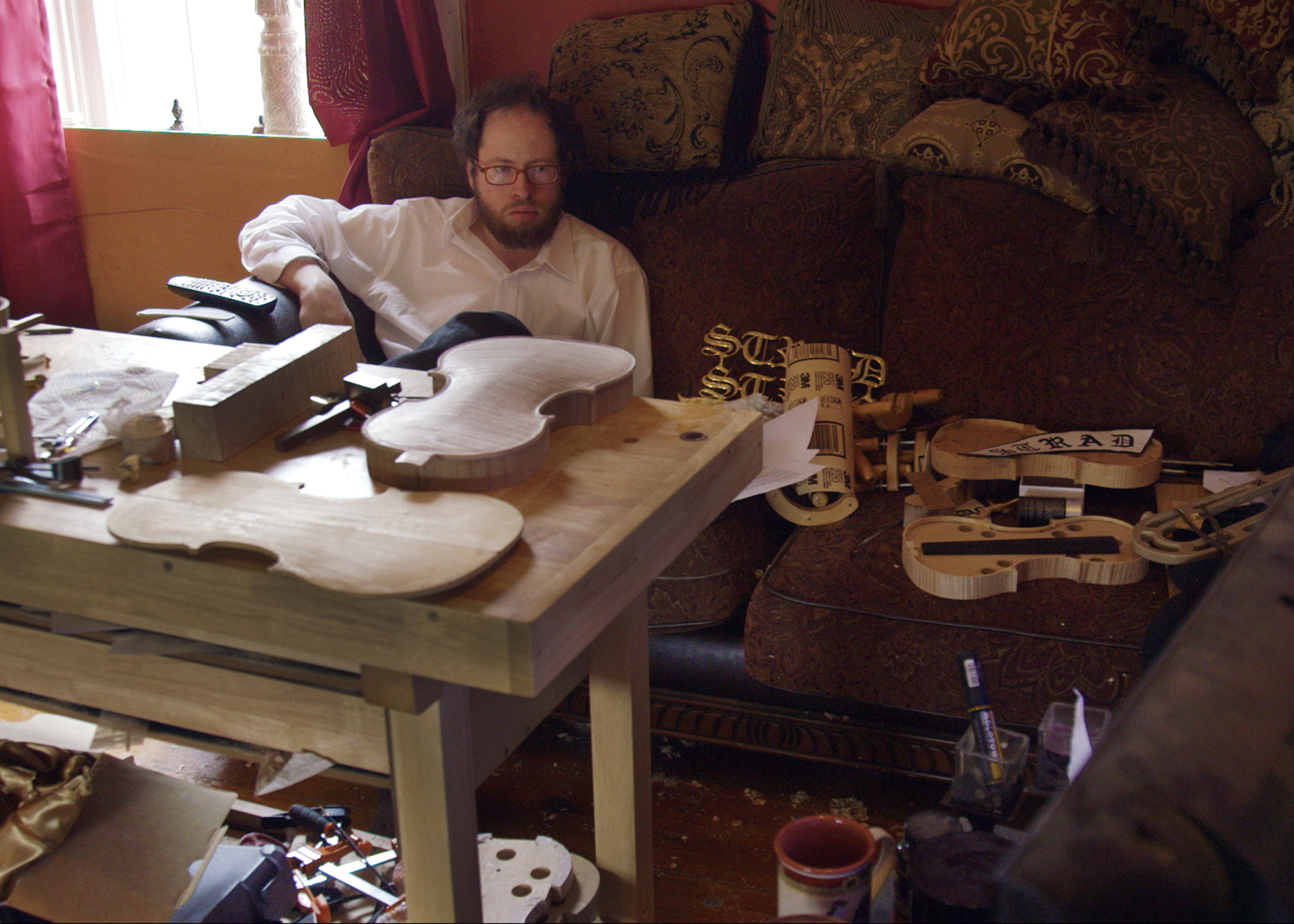 Danny Houck is a 32-year-old eccentric. He wears a long scarf around his head at almost all times, and he has a mania for violins. In particular, he’s obsessed with the two greatest violinmakers in musical history, the Masters of Cremona: Antonio Stradivari and Guarneri del Gesu. Living alone in a farmhouse in the rural Laurelville, Ohio, Danny has no job and no prospects, but he does have a nickname from his Myspace days—Strad, after Stradivari—which he proudly wears on his truck’s vanity plate and embroidered on the back of his vest.

Somehow through Facebook, Danny virtually befriends the world-renowned European violinist Razvan Stoica. Over Facebook Messenger, Stoica talks about his dream violin: the Paganini Il Cannone, a Guarnerius and one of the most valuable instruments in the world. After Danny tells Stoica that he can recreate the violin for him, Danny sets off on a passion project–turned–quest for glory.

The thing is, Danny considers himself a sculptor and woodworker, but not at all a violinmaker. He’s never had any training, relying instead on the internet, the violin-making masters of the past—who, he feels, spiritually guide him—the kindhearted guidance by Ohio-based fine violin maker Rodger Stearns, and a little bit of magic. When Stoica reaches out to Danny about having the violin ready for a summertime performance of Paganini in Amsterdam, Danny finds himself booking a flight for his first-ever trip abroad and racing to beat the clock—and all odds.

Director Stefan Avalos’ Strad Style has us cheering for Danny from beginning to end. With the exception of his active social media presence and his supportive best friend, David Campbell, Danny leads a fairly reclusive life. He talks out loud a lot, though, making for an entertaining ongoing narrative throughout the film. We follow along as Danny laboriously examines and fits the pieces of his Il Cannone recreation together, meticulously shaving the wood and chiseling away at each piece. We also follow along in other aspects of Danny’s life: when he goes on a shopping trip with his mother, Mary Houck, or when he briskly sprays his head with some sort of liquid to help thicken his hair.

Danny’s earnestness, enthusiasm and seeming self-confidence make for an immensely curious yet charming lead subject, and Avalos’ documentary follows suit. Avalos intersperses Danny’s story with a score of vigorous violin music and playful tendencies, like the occasional, silent-film-style text and, in one instance, a dramatized, animated rendering of the time that a mouse apparently ran off with Danny’s violin sound post.

With the impending date of Stoica’s concert, Danny finds himself burdened more and more by mounting uncertainty, self-doubt and the pressure to succeed, and Avalos keeps us on our toes until the very end. Danny’s story is one of fervor, for history, art and craft—and how that fervor can come from the most wonderfully unpredictable of places. One of Slamdance 2017’s documentary treasures, Strad Style is as deeply heartfelt as it is riveting. –Kathy Zhou