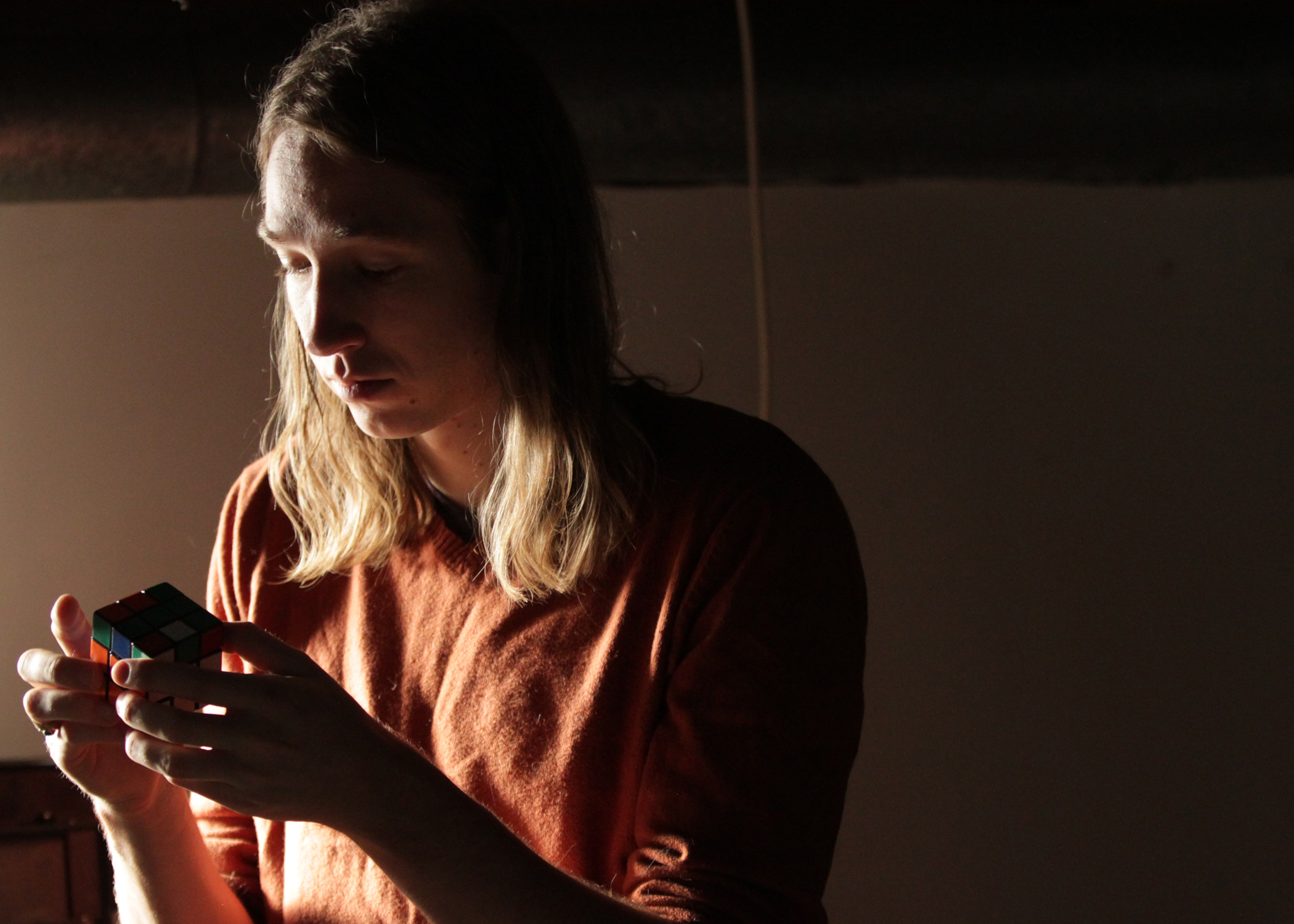 The broke, basement-dwelling, band-tee-wearing Aaron (Aaron Keogh) spends his days mostly alone. He preoccupies himself by playing video games, trying to solve a Rubik’s Cube, tending to a dying plant and soloing on a duct-taped Rock Band drum set. Constantly dodging and talking his way out of his roommate’s requests for rent, Aaron is also trying to find ways to pay bills that he can’t afford. When he finds a lost credit card, Aaron decides to hatch a defrauding scheme.

Director Adrian Murray’s first feature film is somewhat of a dry farce that manages to be both entertaining and subdued. Keogh is hilarious in the lead as the unhurried and mostly unperturbed Aaron, who fumbles while trying to do the occasional, perfunctory fast-talking and performs antic after antic, like participating in one of those viral internet challenge videos, more messing around on a Rubik’s Cube and, well, trying to defraud a stranger.

The highlight of Withdrawn is the dialogue, the majority of which was remarkably improvised and based around a 15-page outline. There are plenty of long, dialogue-free scenes, with the occasional short exchange interspersed throughout. Mostly, there are lengthy, one-sided conversations, which are both the most amusing parts of the film and also the elements that most instill from our characters the sensations of isolation and withdrawal, halfheartedness and self-absorption. When Aaron chats on the phone, plays video games, bargains with his roommate or methodically teaches someone how to use a bong, we often don’t see or hear the person he’s talking at (rather than talking with). During other occasions, Aaron’s on the receiving end: When he goes out for beer with a friend, the entire scene comprises Aaron listening passively as his friend recounts a supposedly Curb Your Enthusiasm–like experience. On one of the few instances when he hangs out with his roommate, Aaron listens, red Solo Cup in hand, as his roommate goes off on a misinformed political monologue. In either case, Aaron—as well as most of the other characters—is rather lackluster, bored and unconcerned throughout, which makes for a surprisingly amusing story.

With carefully framed and composed shots, Murray pulls audiences into Withdrawn with a sole perspective (Aaron’s) and fixed visuals. He keeps us fixated throughout by bringing us a nuanced observation of the interactions and exchanges between his characters—and especially where their attempts to communicate fail. Too droll, subtle and patient to quite be a wild-goose chase, Withdrawn is a humorous and oblique examination of wasted space and wasted time. –Kathy Zhou

Preceded by a screening of narrative short I’m in Here (USA), directed by Willy Berliner.