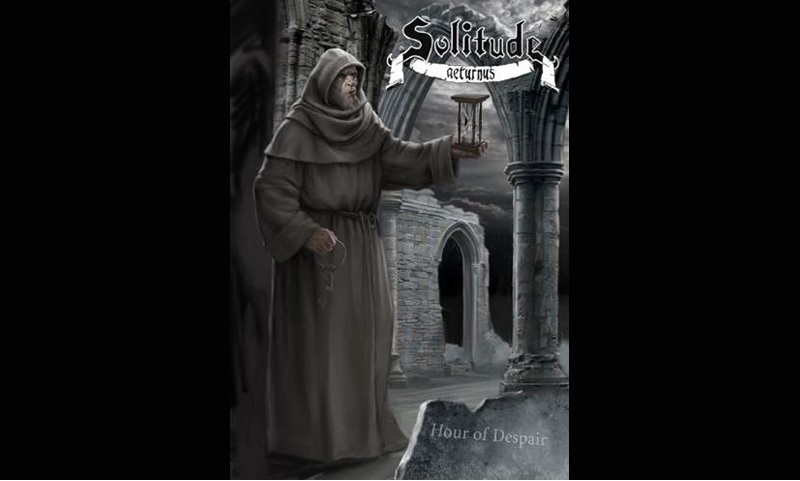 I’ve always had a hankering for checking out Solitude Aeturnus one big reason is because their vocalist Robert Lowe is now singing for the mighty Candlemass. What better way to acquaint yourself to a band than a live DVD spanning the bands entire career. The bands history is tumultuous at best, surviving many line-up and label changes and dealing with a consistently low budget resulting in poor production values especially on the bands early records. The band came to be under direction of John Perez who was in a thrash band Rotting Corpse and decided he wanted to start a doom metal band something that wasn’t the most popular thing in the late 80s. The band struggled to gain a following early on but through persistence they’ve become a seminal doom metal band. This live DVD is courtesy of Metal Mind Productions who have released countless metal DVD’s. The production quality is pretty much what you would expect from Metal Mind, decent sound mixing and multiple camera angles, strangely this show was filmed at the same club, Stodola in Warsaw, Poland, the same day, Feb. 12th 2007, as another Metal Mind release from Onslaught, I guess they decided to kill two birds with one stone that day. Ultimately the collection of the 12 songs on the set is diverse and gives fans a chance to hear the older material actually mixed better than it was on CD. As always with Metal Mind releases there is a slew of bonus stuff including bootleg footage from Texas, as well as interviews with Lowe and Perez, a band history and discography, weblinks, desktop images for your puter and other slightly useless stuff. Ultimately the DVD just showcases the bands live show and will please fans of the bands or people just interested in checking the band out for the first time like me. -Bryer Wharton