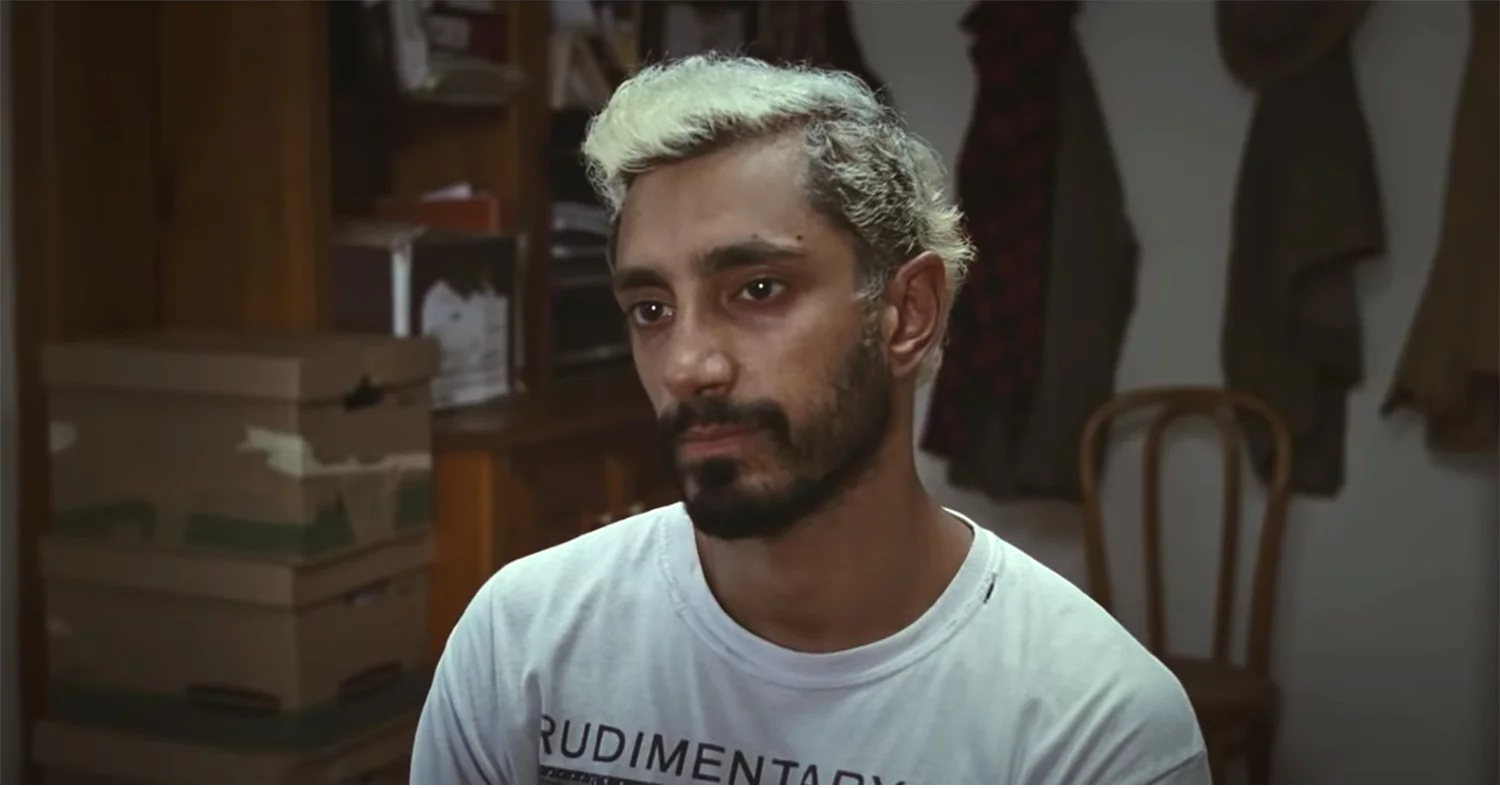 Once every few decades, a movie comes along that pushes the envelope and redefines the art of cinema. Sound of Metal is not that movie, but it would really like to be.

Ruben (Riz Ahmed, Rogue One: A Star Wars Story) is a drummer and one half of a metal duo along with his girlfriend and vocalist Lou (Olivia Cooke, Ready Player One). A former drug addict, Ruben has been sober for four years and is finally in a place where his life and career both feel like they are on track. But everything changes in one frightening instant during a sound check when a pop in his ear is followed by a ringing. He rushes out to see an audiologist, who tells him that he’s losing his hearing. While a staggeringly expensive cochlear implant is a possibility down the road, it’s vital that he immediately eliminates all exposure to loud noises.

Ruben stubbornly plays one more gig—which does not go well—and Lou abruptly calls an end to the tour. She finds a group that runs a community for the deaf who are willing to accept Ruben into their program with a caveat: Ruben, under the care of the group’s leader (Paul Raci), must commit to living with group for a while, immersing him in their lifestyle and essentially learning how to be deaf. In order to do this, he must temporarily isolate himself from the outside world and learn a new way of life.

Director Darius Marder, who co-wrote the screenplay with his brother, Abraham Marder, is a documentary filmmaker making his narrative debut, and his roots show through, for good and bad. He’s committed to making the audience experience a taste of what Ruben is going through, as we experience the life-changing ear pop along with the character, and both this moment and the following gig are terrifyingly immersive sequences that allow us to experience the story from Ruben’s point of view, something which Marder revisits throughout.

While this innovative approach is one of the best aspects of the film and is getting a lot of praise, for me, it doesn’t go far enough. The documentary filmmaker in Marder is too interested in exploring different angles of the deaf world and won’t fully commit to telling the story from Ruben’s point of view. Several sequences that contrast what Ruben is hearing with what the rest of can hear felt superfluous and silly to me. Marder’s writing style throws us directly into things without any introduction or a chance to get a sense of the characters before the hearing loss begins indicates a willingness to ask his audience to piece things together for themselves. Instead of going for broke and committing to making us experience the entire story hearing only what Ruben hears, Marder jumps back and forth, and it often pulled out of Ruben’s story and felt backhandedly disrespectful.

The choice to use open captioning throughout is a laudable one in terms of giving a sensitive nod to deaf audiences that may want to see the film, but in terms of educating the rest of the audience or immersing us into the deaf experience, it doesn’t work. When the movie is at its best, we feel like we are experiencing it as Ruben, and captioning dialogue that he can’t hear doesn’t serve that objective at all, it actually lessens the impact.

Ahmed does give a knockout performance that’s almost a shoo-in for an Oscar nomination, and there’s no question that this is his film all the way. Cooke is a sensational actress and adds a lot to the film, but it’s hard to escape the feeling that we are kept at arm’s length and never really get to know any of these characters as people rather than plot devices.

Sound of Metal offers a fascinating glimpse into the lives of the deaf community, but Marder seems to want to please everyone and can’t commit to whether he’s making a experimental film or a straightforward drama about facing adversity, and for me, it was an uneasy mix. It’s a good movie, and a noble effort, but I wanted more from it, and too often I felt like merely an observer who was eavesdropping from a distance. Sound of Metal plays things too safely to realize its full potential, and it’s a shame, because there are just enough flashes of the movie it could have been to see that it would have been something really special. –Patrick Gibbs