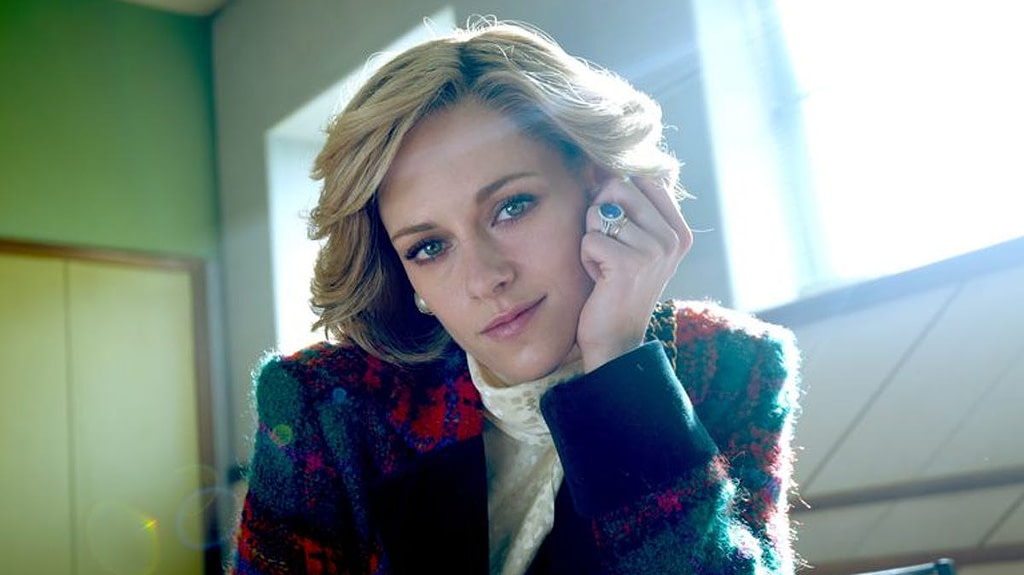 Spencer, the new film from director Pablo Larrain, served as an exploration of our preconceived ideas about two women many people seem to have opinions on, Kristen Stewart and Lady Diana Spencer.

Spencer is billed as “a fable based on a true tragedy,” following Princess Diana (Stewart, Personal Shopper, Happiest Season) during the Christmas holiday at the Queen Mother’s Sandringham estate Here, the Princess has made the decision to divorce Prince Charles (Jack Farthing, Poldark, Love Wedding Repeat). The honeymoon has been over for a long time and rumors of affairs abound. A tentative Christmas truce is declared, though Diana herself is hardly at peace. She is surrounded by royal traditions of eating, drinking, opening gifts on Christmas Eve and a pheasant hunt. The message has been delivered to Diana loud and clear: Behave yourself and play the role that’s expected of you while people are watching. While everyone has eyes on the Princess, Diana finds that it’s time to take a long, hard look at herself

Larraín (Jackie, Neruda) and screenwriter Steven Knight (Peaky Blinders, Dirty Pretty Things) weave a tale of resentment, isolation, reflection, fear and determination. While Spencer may be a bit surreal to the point of feeling unfocused at times, it’s a powerful and engrossing film that thrives thanks to a mesmerizing central performance that may not change the minds of those who still think the problem with the Twilight series was Stewart and not the abysmal source material and the flat, insipid character she played but for serious moviegoers will define her interesting and unique career. It’s a transformational performance that’s distinctly Stewart—elegant, idiosyncratic and nakedly human.

Many will argue that Spencer is far too speculative and dramatized, but most of it jibes very well with what we know from Diana’s own words. The film draws an overt parallel between Diana and Anne Boleyn (Amy Manson, Once Upon A TIme), the ill-fated second wife of Henry VIII. While it’s perhaps a bit heavy handed, it’s a sadly effective comparison. In addition to Stewart, there’s a lot of great acting from the supporting cast, in particular Sally Hawkins (The Shape of Water) as Maggie, Diana’s royal dresser, and Timothy Spall (The King’s Speech, Harry Potter and the Prisoner of Azkaban) as Equerry Major Alistair Gregory, who is assigned to make sure that the Princess stays in her place. Both are fictional characters that effectively represent the divide between the expectations of a nation and a tradition-focused Royal family and Diana’s personal desire to be free and happy.

Spencer may take a bit of time to digest and lack in subtlety, but it ranks among the most interesting screen portrayals of historical figures. It could be remembered as the film that has people who don’t see quirky  independent films everywhere shouting “Kristen Stewart won an Oscar?!” If you’re a fan intimate character studies, an anglophile or someone who loves ambitious and bold cinema, Spencer is time very well spent –Patrick Gibbs