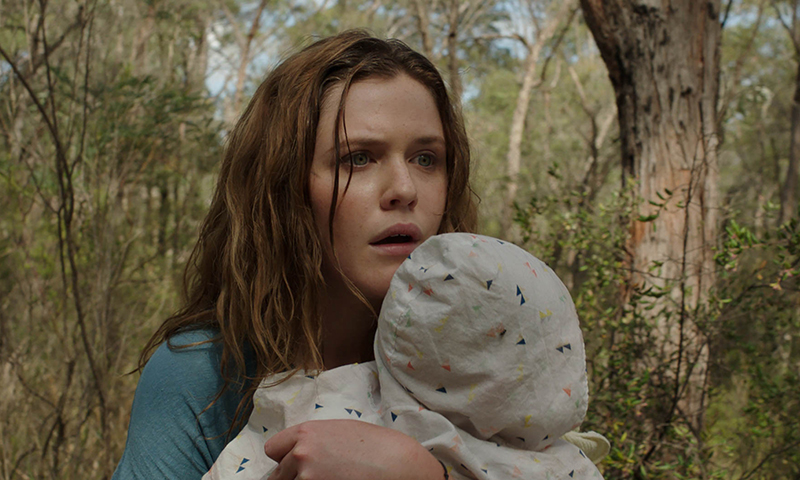 Harriet Dyer appears in Killing Ground by Damien Power, an official selection of the Midnight program at the 2017 Sundance Film Festival. Courtesy of Sundance Institute.

The woods have been scaring humans since we could tell stories about how scary they are; it’s a backdrop that horror storytellers have been exploring for centuries. Since being alone in the woods has gotten so much horror mileage, it’s always risky to tell yet another tale of innocent campers getting terrorized in the trees. It’s clearly something that Australian filmmaker Damien Power has kept in mind with his debut film Killing Ground. Taking a cue from films like Deliverance and fellow Aussie survival flick Wolf Creek, Killing Ground capitalizes on the beautiful yet foreboding landscape of his film’s setting.

The tragic tale that spins its way across the Australian wilderness involves the usual suspects. Sam (Harriet Dyer) and Ian (Ian Meadows) are a happy couple just out for a weekend getaway, who stumble upon a campsite that looks suspiciously thrashed. Eventually, the pair meet German (Aaron Pedersen) and Chook (Aaron Glenane), two bushwhacking hunters that are after something a bit more disturbing than wild pigs.

If the familiar setup is causing you to shrug this one off, please take a moment to reconsider. The screenplay (also written by Power) is packed full of nasty twists and unexpected turns, and the small cast infuses enough dread, panic and primal instinct into the film’s narrative. It’s particularly intriguing to watch the way Power treats his villains—yeah, they’re deranged hillbillies, but there’s a refreshing dose of nuance to the savage pack mentality between German and Chook. It’s also worth noting that Power doesn’t treat his female characters like helpless eye candy—Dyer gives a smoldering onscreen performance, effectively embodying the human instinct for self-preservation.

Despite these solid performances, there were times when I found myself wishing that the relationship between Ian and Sam was as well-constructed as that of German and Chook. Even with a well-timed turn that makes us question Ian’s motivations, the pair don’t really manage to escape the shackles of being little more than a pleasantly boring couple who picked the wrong weekend to go camping.

Power’s non-linear pacing is also a unique aspect of Killing Ground—the moment this particular storytelling technique becomes evident is truly jarring. From a narrative perspective, it gives the audience the feeling of being disoriented and alone in the woods, which is a clever way to show us the terrifying events from the perspective of our protagonists.

As brutal as Killing Ground is, a good chunk of the actual violence happens off screen. Powers isn’t the kind of filmmaker that revels in the potential gratuity of his subject matter—he lets the audience peek at some truly awful stuff and let us come to our own conclusions about how it happened. This can be a risky move in the gore-saturated world of modern horror, but Powers’ restraint with the film’s violence hearkens back to horror pioneers like Hitchcock who doubled down on the audience’s ability to scare itself. —Alex Springer