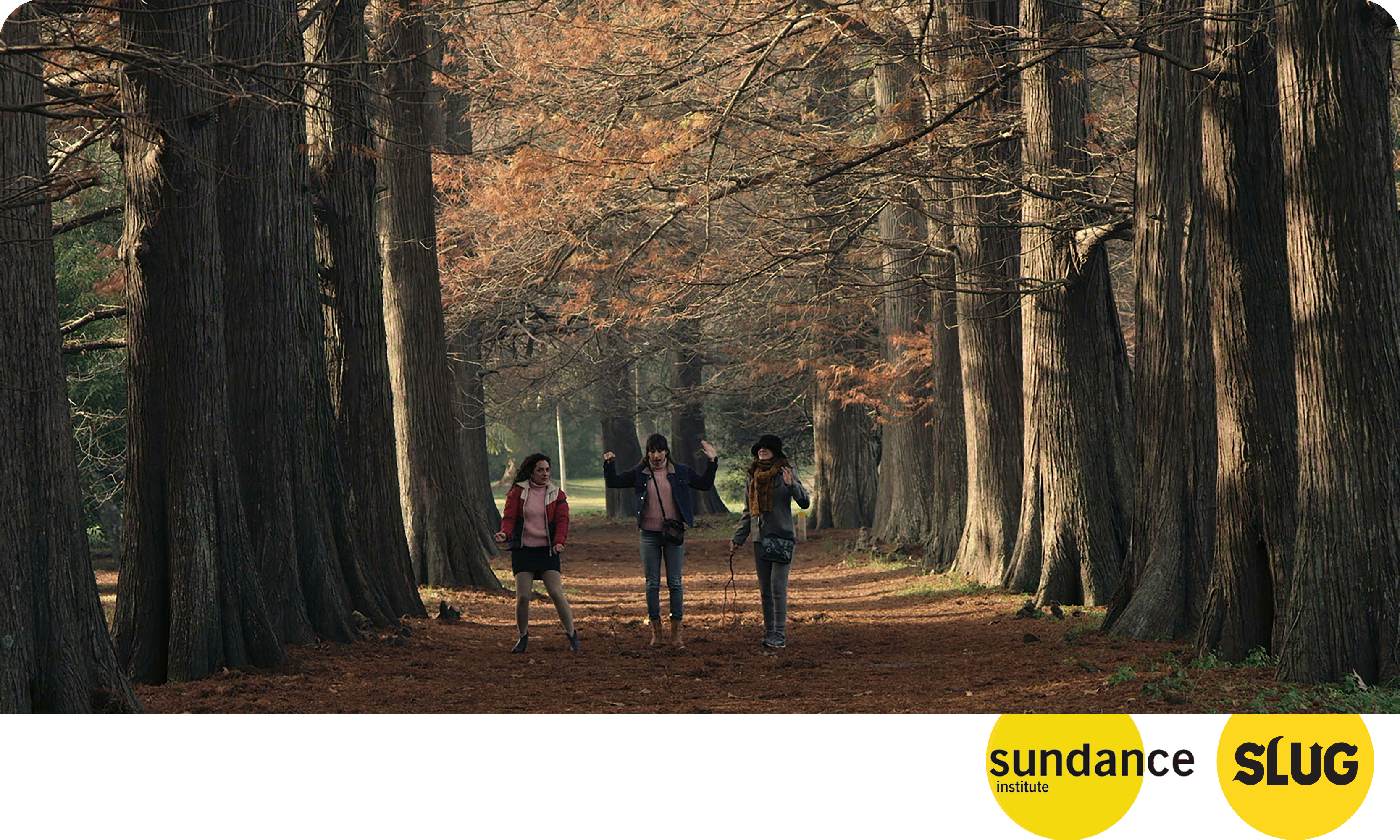 Sundance Film Review: My Friend from the Park

My Friend from the Park

Directed by Ana Katz, My Friend from the Park shows Liz caring for her infant son, Nicanor, in Argentina. Her husband, Gustavo, is working abroad in Chile on a documentary about a volcano. Nicanor’s pediatrician encourages Liz to take him to the park so he can interact with other people, as the two are all alone, and Liz has fallen into depression. On their first outing, she meets Rosa, who takes care of her sister Renata’s infant daughter, Clarisa. Liz and Rosa spark a friendship and go out to eat, but when Liz gives Rosa money for lunch in a hurry to put Nica to sleep, Rosa stashes the money, and the two suddenly must flee from the café due to this incidental dine and dash.

Rosa seems a bit shady, and when Renata stalls in meeting up with Rosa with Clarisa in her care, Rosa becomes anxious, and Liz takes her under her wing. Once Renata shows up in a taxi with Clarisa, the two sisters explode in an argument. Liz learns from Cora, another mother in the park, that these two are known as las Hermanas R, the R Sisters, and says that they are “characters.” In an effort to maintain her new friendship with Rosa and Renata, Liz must gauge how crazy they are and if it’s worth dealing with their shady ways or whether to heed Cora and other parents of the park about their warnings of these loose cannons.

My Friend from the Park is a strange film. Once we get to know Rosa and then Renata, the film creates the sense that a cathartic or revelatory moment teeters on the precipice of Liz’s line of workability and comfort. As she begins to suspect the R Sisters, stress levels pulsated for me, and I awaited an unforgivable betrayal to take place. Rosa and Renata give Liz a pretty egregious scare at one point, but it’s nothing that made my blood boil. Hence, most of the movie outlines Liz’s neurotic tendencies and struggle to balance being a good mother and providing herself stimulating company. What results is that Liz ultimately foils the R Sisters as she learns to sympathize with them and their erratic behavior.

The film moves slowly—everyday malaise taints its tone, and Liz always functions on edge. Her role feels believable in its wayward course, but her relationship with Gustavo feels a bit plastic as the two Skype to each other. Naturally, the fact that he has traveled to another country while she must attend to and effectively nurture Nica on her own is grounds for her discontentment with their relationship. With an old flame she runs into, her sexual loneliness seems to pop out of nowhere with regard to her marriage. Since My Friend from the Park mostly focuses on Liz’s duty to be a good mother and be close to her baby and her slippery relationship with Rosa and Renata, the sexual-tension element feels a bit shoehorned in. Aside from that, the film does a good job with passing the Bechdel test and concerning itself with Liz’s search for a bond with other women, for which I commend it.

Nothing particularly life-changing occurs in My Friend from the Park. It’s mostly good. It’s a worthwhile flick, though its story arc feels a bit spastic.