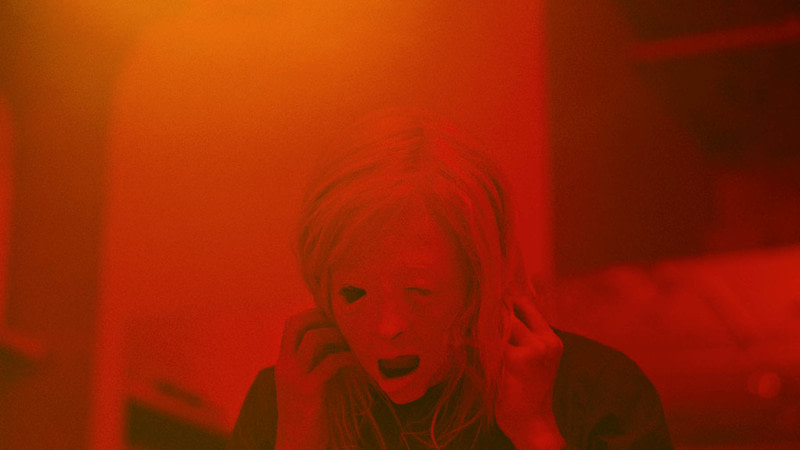 Possessor is fucked up. It’s a great Midnight category movie, and let it be known that there is intense body horror and violence. That said, lovers of this ilk of psychological thriller are in for a treat. The writing and execution of the Possessor’s central conceit entrance just as much as they disgust. In a technologically advanced London, Tasya Vos (Andrea Riseborough) is like a cyber hitwoman with a brain implant that allows her to enter the consciousness of others with those implants. Colin (Christopher Abbott), an employee at a surveillance company that uses this kind of technology, is dating the owner John Parse’s (Sean Bean) daughter, Ava (Tuppence Middleton). Tasya and her boss, Girder (Jennifer Jason Leigh), hatch a plan to swindle the company’s assets by possessing Colin. The only problem is that Tasya needs to kill herself in the host’s body, and she can’t seem to will herself to pull the trigger.

The allure of Possessor lies in the film’s surreal representation of traveling to and being loosened from another’s consciousness. You can get a taste of of its key grotesque sequence via the film’s promotional still, which features a malformed mask of Tasya’s face. It’s a symbolic product of Colin fighting back to regain control of his body. On top of the revolting gore, the overall aesthetic of Possessor is cybernetic futurism approaching urban occultism with spy-movie underpinnings.

Something I appreciate about Possessor is that it introduces us to the consciousness-possession element in medias res. We must keep up with scant details about how it all sequences, and without too much explanation of how it actually works, the veil of the unknown buttresses our suspension of disbelief. It’s mimetic of Tasya’s excursions into others’ consciousness and being plopped into their lives with just a minimal amount of spy-work beforehand to be able to posture as them in unfamiliar skin. I feel just as on-the-fly traversing its story.

It’s difficult to access the emotional pith of Possessor. Tasya has a son and a husband from whom she’s separated for her work. As she takes over Colin’s body, we mainly see her awkwardness in adjusting to it and frustration when she’s not fully in control within the possession mechanism. Her commitment to this vocation, however, shines through and eventually proves that it matters. (Continues below.)

You may walk away from Possessor feeling like you hated it. I mean, really, it’s ugly—gruesome. The fight and murder scenes had me cover my eyes just about each time. It induced anxiety. But it’s a solid film with its own flavor of narrative logic. If you can handle the overt level of serious body horror, you’ll likely be able to uncover its compelling architecture. As far as the dark nature we expect from Sundance’s Midnight category, Possessor checks off all the boxes and then some. –Alexander Ortega