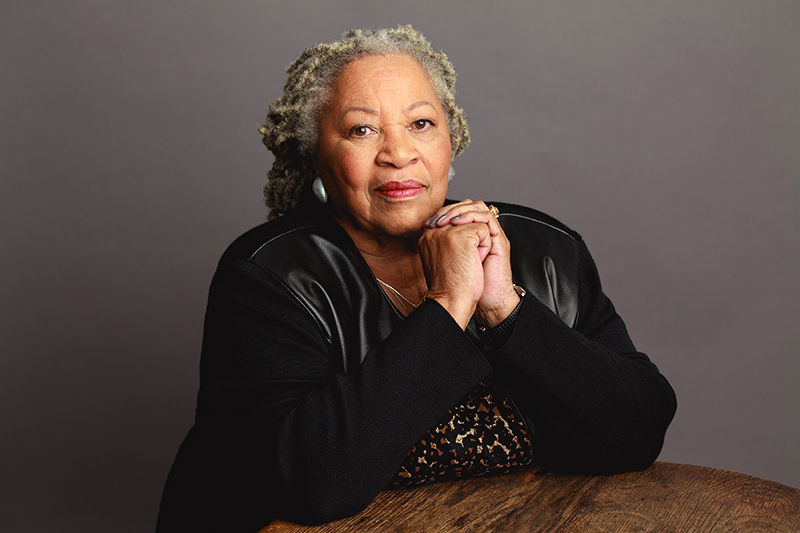 Sundance Film Review: Toni Morrison: The Pieces I Am

Toni Morrison: The Pieces I Am
Sundance Film Festival

Toni Morrison needs no introduction—and so the newest documentary about her life begins with the words, “She is a friend of my mind. She gather me, man.” The passage comes from her 1987 novel, Beloved. “The pieces I am, she gather them and give them back to me in all the right order. It’s good, you know, when you got a woman who is a friend of your mind.”

With this spoken epigraph, Toni Morrison: The Pieces I Am ventures into the life and legacy of the matchless American author. New interviews with Morrison center the film. She recalls stories of her childhood, from her parents’ origins in the American South to growing up in Lorain, Ohio; becoming head of her household and the first black woman Senior Editor at Random House; writing in the early morning, and the moment when she finally began to call herself “writer.” Morrison’s interviews are candid and insightful, her words graceful and often penetrating. (I couldn’t help but think of Robert McCurdy’s 2006 painting of Morrison that resides in the National Portrait Gallery. In it, she stands regally, singular against a blank-white backdrop, hair pulled back, also in a grey cardigan.)

The Pieces I Am most comprehensively covers the earlier and rising arc of Morrison’s career. From past interviews and readings to iconic photographs (such as those by Gordon Parks and Bruce Davidson, among many others), the film visually contextualizes each of Morrison’s works, considering them within history and place and identity—the literary landscape and the author’s own life at the time. Morrison talks about her first novel, The Bluest Eye (“How does a child learn self-loathing?”), and later about writing Song of Solomon—her first novel whose primary character is a man—after the death of her father.

About Morrison’s second novel, Sula, one reviewer critiqued, “Toni Morrison is far too talented to remain only a marvelous recorder of the black side of provincial American life.” But Morrison refused to accommodate or yield to the white gaze, to any “master narrative.” She continued to create work for an African American audience, and she delved unflinchingly into her questions, pulling from her profound understanding of history to write new narratives for her characters’ inner lives. “The history of the place of black people in this country is so varied, complex, beautiful and impactful,” Morrison says. “Nobody could have loved as much as we did, went on with life as much as we did, carried on …”

The publishing of Beloved, Morrison’s fifth novel, saw a major shift in the author’s career, but it was also “an extraordinary turning point in the history of this country, and I would say the history of this world,” says Angela Davis, whom Morrison first contacted in the 1970s (back when Morrison was an editor) about writing an autobiography. “She urged us to imagine people who were slaves as human beings, individuals with subjectivity, who also loved, who also had imaginations, even as they were subjected to the most horrendous modes of oppression. We can never think about slavery in the same way.”

Directed by photographer Timothy Greenfield-Sanders—whose recent film projects include The Trans List and The Black List—The Pieces I Am has similarly amassed a nonpareil group of leading writers, critics and academics, such as Farah Griffin and Hilton Als, with interviews conducted by Sandra Guzman. Along with Davis, there’s Oprah Winfrey, who frantically called Morrison’s local fire department for the writer’s phone number. Poet Sonia Sanchez remembers Morrison hanging up when she phoned, saying Morrison had won the 1993 Nobel Prize in Literature (Morrison figured Sanchez was drunk), and author Fran Lebowitz grins about the Nobel parties afterward. Movingly, these figures weigh in on striking moments in Morrison’s career, such as in 1988, when 48 black writers and critics furnished a statement in tribute to Morrison. The letter was part praise for Morrison’s work and part protest for her lack of national recognition, which the signees felt was long overdue.

Along with these interviews, The Pieces I Am folds in a brilliant collection of visuals by esteemed modern and contemporary artists, including works by Mickalene Thomas (who sequences the opening credits with dynamic collages), Charles White, Faith Ringgold, Kara Walker, Kerry James Marshall and Lorna Simpson, to name only a few.

With this rich compilation of interviews and artworks, along with the troves of archival and historical material, The Pieces I Am crafts a wondrous portrait of Morrison that is both intimate and reverent. As in her writing, Morrison leaves audiences feeling recognized, seen, acknowledged. Her presence and words are ever palpable. –Kathy Rong Zhou

Toni Morrison: The Pieces I Am screens at the 2019 Sundance Film Festival in the Doc Premieres category. For showtimes and more information, visit sundance.org.