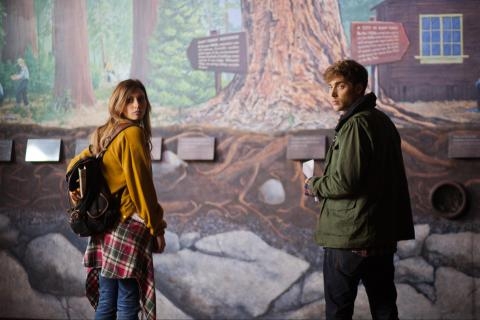 Sequoia
SXSW Film Festival
Director: Andy Landen
Andy Landen’s Sequoia, while suffering from some problems with clichéd characters—its cast looks like a mix of privileged if troubled film students and out-of-work soap stars—actually takes some serious risks in terms of subject matter. In the first scene, the protagonist Riley (Aly Michalka) faces down her doctor, begging him to admit to a video camera that she really is dying of cancer. (She’s sending a letter to her absent, amateur novelist mother.) The sequence that follows, wherein Riley meets the handsome young Ogden (Dustin Milligan) who’ll distract her from her plan of committing suicide, is faintly reminiscent of the recurring train scene in Eternal Sunshine of the Spotless Mind. Instead of recurring, it just goes on and on, and gets more and more predictable as the cast expands to include others in Riley’s life, but it’s not the worst way in the world to go. –Samuel Hanson