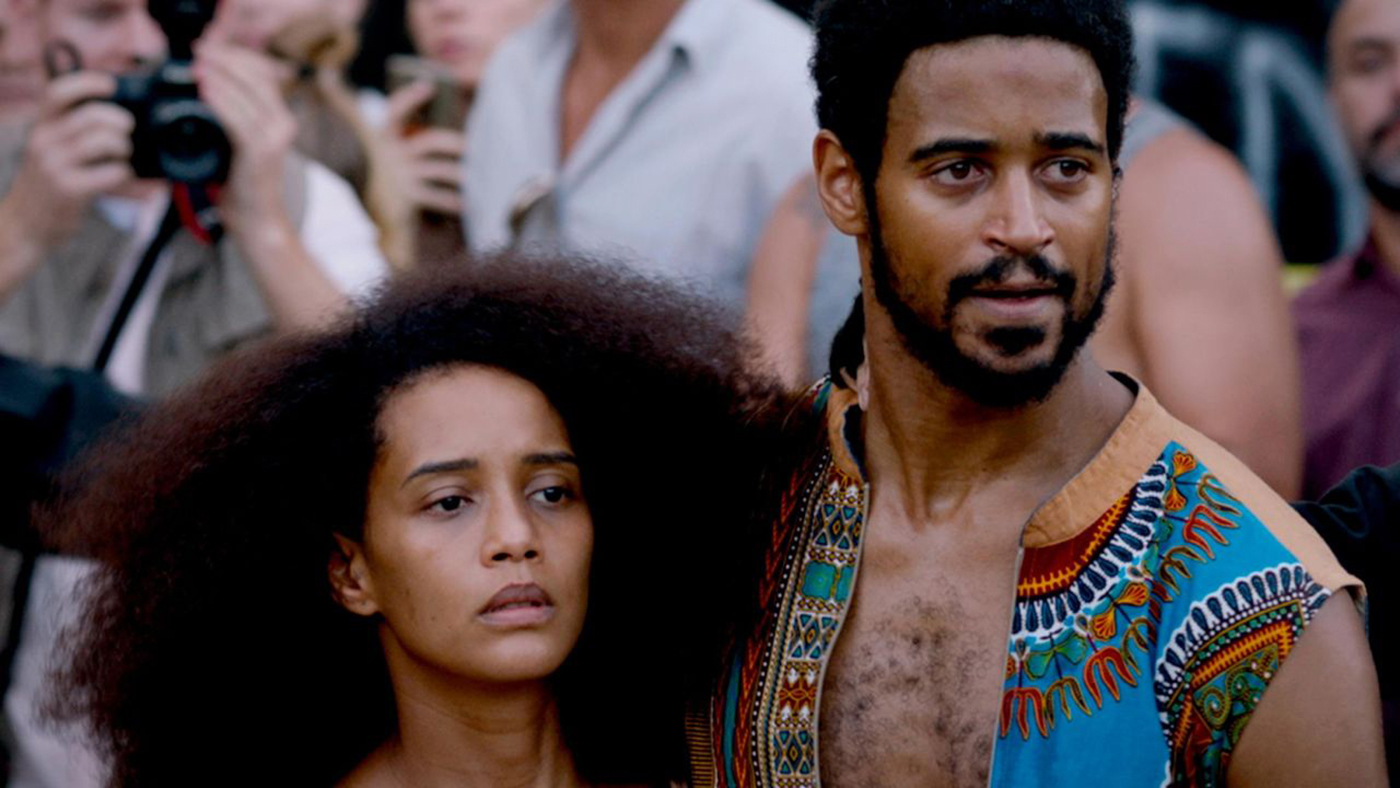 The dystopian-future genre has been done to death on the big screen over the past decade to varying degrees of success, but whenever someone can find something truly new and important to say with it, I’m all ears. Executive Order, the bold, new directorial debut from acclaimed Brazilian actor-turned-director Lázaro Ramos, has a lot to say, and it needs to be heard.

Executive Order takes place in the “not too distant future” in Rio de Janeiro, where a lawyer named Antonio (Alfred Enoch, the Harry Potter series, How To Get Away With Murder) sues the Brazilian government for reparations for all descendants of African slaves in the country. The authoritarian government responds by signing an executive order forcibly sending all “high melanin”—the film world’s current, preffered term for Black—citizens to Africa as an excuse not to repay the debts of slavery. “Melanized” citizens are measured by their skin color, hunted and exiled to Africa against their will. While the army and police enforce the law, Antonio enlists his cousin, André (Seu Jorge, City of God, The Life Aquatic with Steve Zissou) to find his wife, Capitu (Taís Araújo), a doctor who has gone missing, and joins an underground movement. The three of them fight the madness that has taken over the country and spark a resistance that inspires the nation.

Ramos has written and directed a gripping and powerful film that is meant to be slightly satirical in its premise, but in the current climate, it feels so frighteningly plausible that a movement to do something like this could emerge any day. It gets so intense that I actually had a full-blown panic attack while watching Executive Orders. The film is specifically targeting racial issues in Brazil, but it’s so easily applicable to the United States today that it serves as a stunning reminder of just how easily focused anger and calculated use of resentment and fear by those in power can lead to the unthinkable.

The acting is first-rate, with Enoch giving a committed and emotionally charged performance and Araújo matching it. The two have some powerful scenes both together and apart, and their ultimate reunion is unforgettable. Jorge steals the film, offering the best moments of comic relief and also one of the most heart-wrenching moments of high-stakes drama. It’s a performance that, by all rights, deserves some serious recognition for its combination of charisma and gravitas.

At times, Ramos’ stylistic approach brings to mind the more serious Steven Spielberg films of the ’90’s, and he knows how to create tension and a sense of immediacy effectively. The script has some memorable dialogue, and the exploration of ideas ranging from racial terminology to sweeping generalizations and distinctions made between those who can pass for white and those who can’t is quite compelling. The irony that I notice is that the “white people” that we see in Executive Orders would nonetheless be considered Latinx and “othered” in the U.S.

Executive Order is an outstanding film dealing with concepts that are deeply disturbing but not at all far-fetched. It’s a profound commentary on the timely issue of the circle the wagons mentality from white people who view diversity as a threat to their majority and deem any talk of the shameful history of slavery as some sort of dangerous attack against the white status quo. It’s also an impressive freshman effort from an impassioned director who promises to be an important voice in international cinema. –Patrick Gibbs