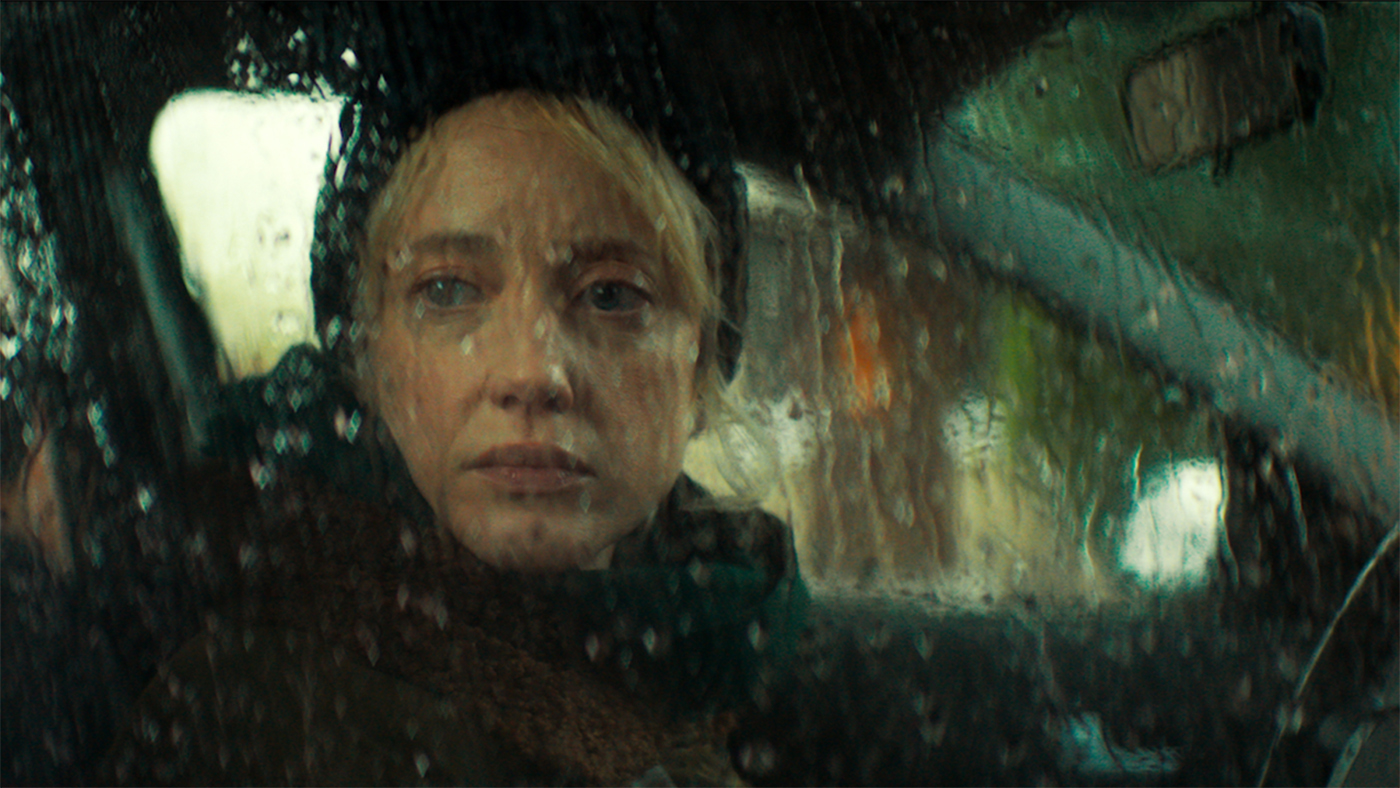 The term “Hitchockian” thriller gets tossed around so recklessly that I am somewhat loath to use it. At the same time, it’s hard to make a thriller without, in some way, invoking Hitchcock. Some films wear that influence on their sleeve, like last year’s suspenseful, entertaining but extremely silly Run, which owed a lot to Rear Window and several of Hitch’s other blockbusters. Writer-director Stacy Gregg has created a more subdued and cerebral thriller in Here Before, and it’s more akin to early black-and-white Hitchcock films such as Rebecca.

When a new family moves in next door, their young daughter, Megan (Niamh Dornan), quickly captivates Laura (Andrea Riseborough, Oblivion, The Death of Stalin), stirring up painful memories of her own daughter who died in a car accident several years previously. Before long, Laura’s memories turn to obsession as Megan’s unsettling behavior begins to convince her of something unexplainable and possibly even supernatural. As Laura’s determination to get to the bottom of it becomes all-consuming, her family begins to fracture. Megan and the line between the extraordinary and the real becomes ever more obscured in this haunting story about a mother’s love.

Here Before is a riveting drama that had me on the edge of my seat from beginning to end, utterly captivated by the quiet moments as I was by the more intense sequences, and it goes in such an unexpected direction that I had to watch it twice just to process it all. Gregg, who is known for her work in episodic television such as The Innocents and The Letter to the King, has written a fiercely intelligent and almost disturbingly thought-provoking screenplay. She directs with a beautiful, subtle and surreal touch that’s alternately touching, chilling and heartbreaking. Here Before could be the breakthrough film for a new brand-name director, in much the same way that Memento was for Christopher Nolan.

Riseborough is one of my favorite underrated powerhouse actresses, and her tender and engrossing performance drives the film. But young Dornan is mesmerizing as Megan, completely adorable but oddly unnerving. Jonjo O’Neill (The Queen’s Gambit, The Ballad of Buster Scruggs) is compelling as Brendon, Laura’s high-strung and worried husband. The cinematography by Chloë Thomson is understated but spellbinding in its beauty, and Adam Janota Bzowski’s score sets a perfect tone.

Here Before is not always a pleasant film— in fact, it’s genuinely upsetting, and I’m still not certain about feelings regarding certain aspects of the ending. But it’s such an utterly unique emotional and intellectual mystery story full of genuine surprises and clever plotting that I’m hard-pressed to hold much against it. Here Before is worth visiting again and again. –Patrick Gibbs