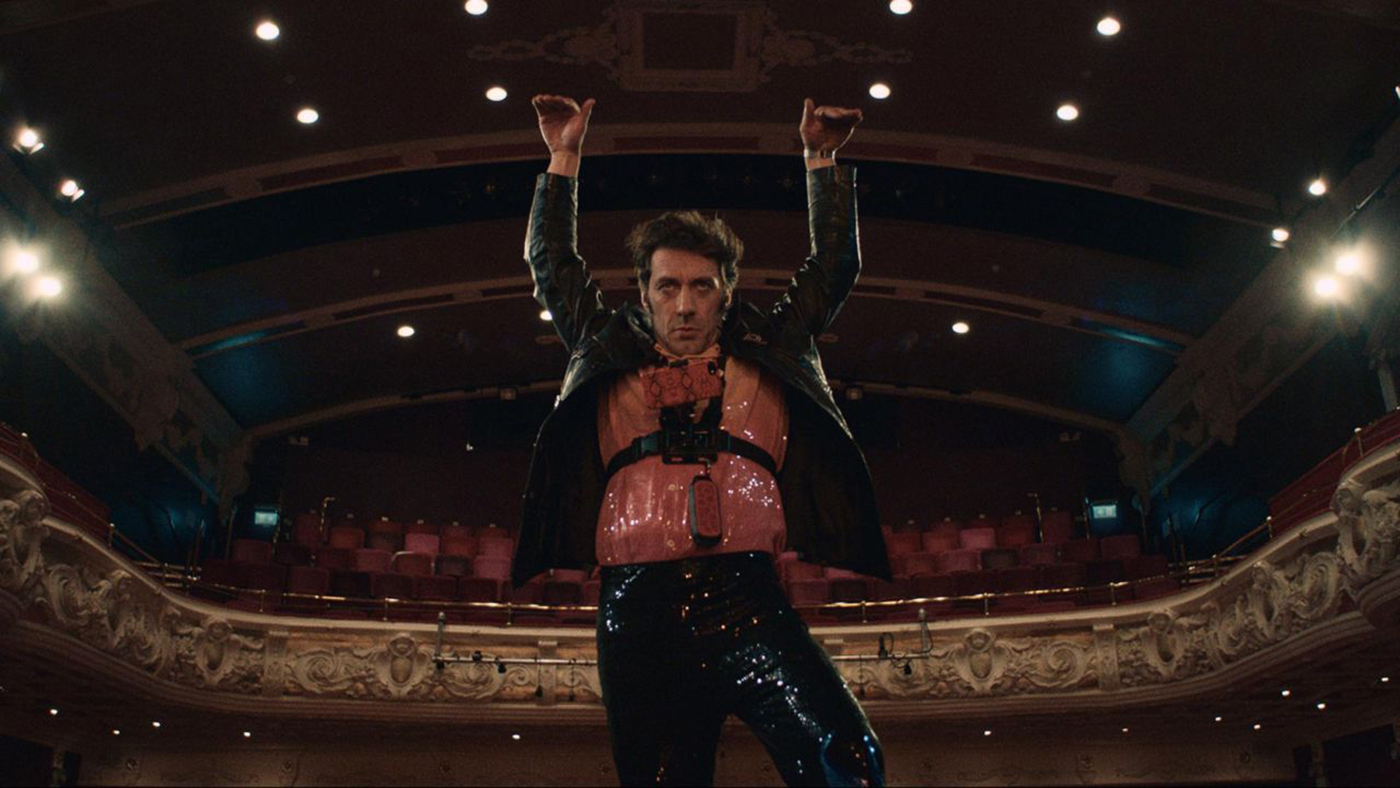 You know those weird novelty-Oreos flavors they make? While some of them work surprisingly well, sometimes they will turn around and do something like candy corn or caramelized onions, and it just makes you want to die. Paul Dood’s Deadly Lunch Break is the film equivalent of Barbecue Bacon Ranch Oreos.

Paul (Tom Meeten, The Ghoul, Paddington), an awkward but good-hearted charity-shop worker, has his heart set on winning a national talent competition. With a sparkly suit, a killer routine and his dear, old mother (June Watson) in tow … this is his big chance. But when the actions of five intransigent, selfish people get in his way and cause him to miss the audition, Paul plans a deathly revenge mission. Here’s my trailer script: “One lunch break, five spectacular murders! Each wrongdoer seemingly dispatched in a fitting manner by a sparkly-suited Paul on a revenge rampage around his small hometown. But will he pull it off, stay one step ahead of the cops and find the fame he’s always longed for?”

Director Nick Gillespie shows undeniable talent, and the first third of the movie really had me. Meeten and Watson give wonderful performances, and Paul and his mom are incredibly lovable, if odd, characters. When it’s a farce about the increasingly silly series of mishaps that keep them from getting to the audition, Paul Dood’s Deadly Lunch Break is engaging and fun and at times even laugh-out-loud funny. But when the realization hits that the film is taking a more downbeat turn, it starts to become troublesome then becomes manipulatively tragic in order to justify putting the title character in a vengeful rage.

We then see him fantasize brutal murders then attempt to carry them out while live-streaming. I won’t going into any detail as to what happens, but the film tries to do a work-around that allows for the promise of darkly comedic bloodlust without turning Paul into the villain. To say that it falls short of its goal is like saying that Kanye West fell short of being our greatest. If Simon Pegg had made Joker as a comedy in the early 2000s, it probably would have been exactly the film that this one desperately wants to be.

As a sweet little character movie, Paul Dood’s Deadly Lunch Break is pretty delightful. As a comic parody of gritty, violent revenge thrillers, it has some strong moments. I freely admit that I laughed a number of times. But as a mix of the two, and one that’s ultimately trying for an inspirational feel-good element, it’s a mismatch of flavors that I, for one, couldn’t choke down.

Paul Dood’s Deadly Lunch Break ranks among the most wrong-headed and thoroughly off-putting films I’ve ever seen. It feels like a cautionary tragedy that completely chickens out on its message. I genuinely hated this film, but only because there is so much to love about it until those elements are swallowed whole by a mean-spirited, joyless cinematic monster who proceeds to crap them out all over the screen. I wish Gillespie better luck and better judgment on his next film. –Patrick Gibbs