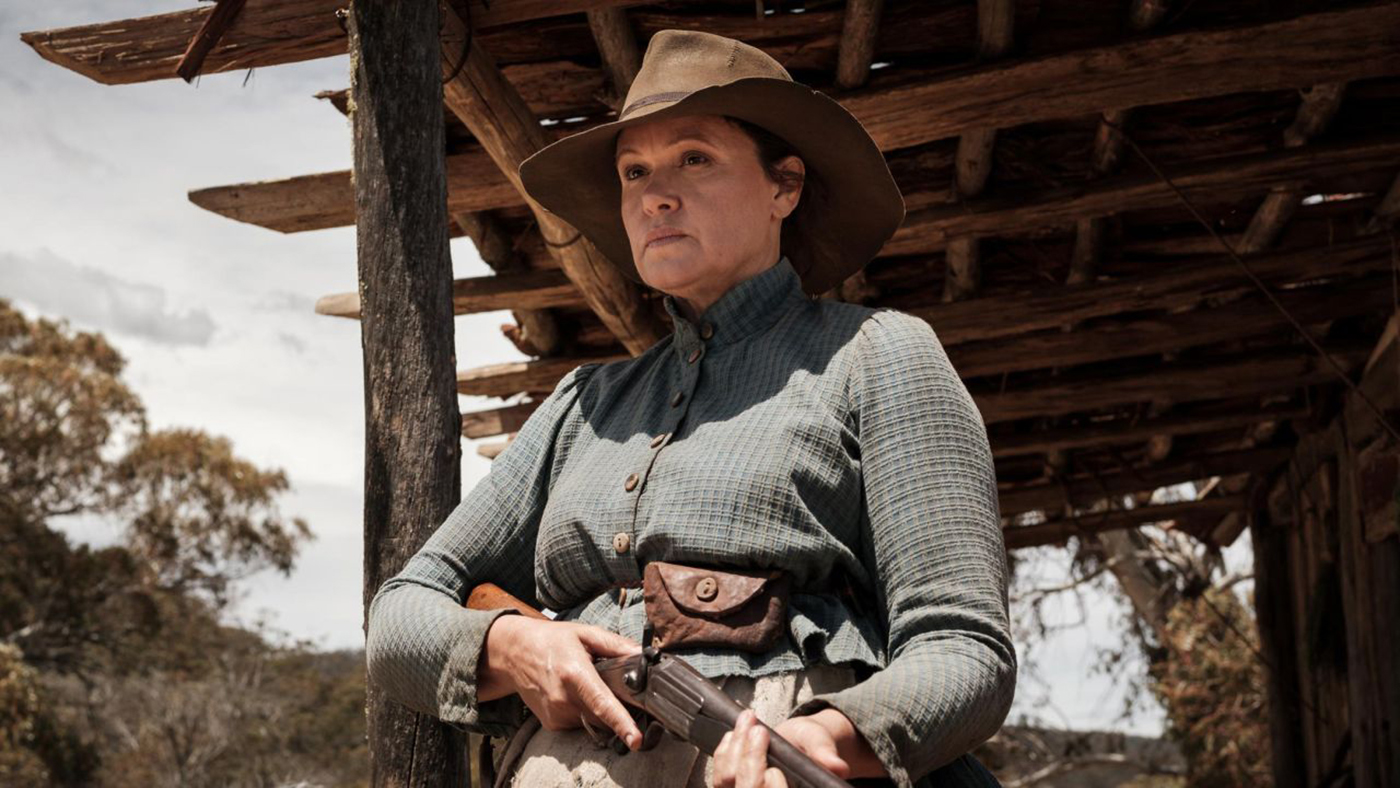 In summer of 1992, Clint Eastwood shook up the western genre forever with Unforgiven, a groundbreaking film that changed the way we looked at the so-called glamour of the way of the gun. It’s nearing 30 years later, and a new Eastwood for our time has emerged. Her name is Leah Purcell, and her revisionist western masterpiece is The Drover’s Wife: The Legend of Molly Johnson.

In 1893, on an isolated property, a pregnant woman named Molly Johnson (Purcell) and her children struggle to survive the harsh Australian landscape. Her husband is gone, droving sheep in the high country. Molly finds herself confronted by a shackled Aboriginal fugitive named Yadaka (Rob Collins, Extraction). As an unlikely bond begins to form between them, secrets unravel about Molly’s true identity. Meanwhile, upon realizing that Molly’s husband is missing, the new town lawman, Nate Clintoff (Sam Reid, Belle, The Limehouse Golem) becomes suspicious and sends his constable to investigate. The deadly encounter between Molly, Yadaka and the constable results in a tragic chain of events that turn Molly into an immortal legend.

Purcell is as formidable a triple threat as they come, serving as writer, director and star, adapting from her own acclaimed stage play and a classic short story by Henry Lawson. The enigmatic character of Molly is hard to read, and beneath her tough-as-nails exterior is an even tougher interior, but beneath that is a vulnerability and profound human dignity that will stay with me forever. It’s an electrifying performance that will rank among the best of the year. But even more impressive is Purcell, the director, whose skilled and assured hand makes every frame an exquisite and carefully crafted work of art.

My praise for this film may seem excessive, but as someone who has spent over a decade on trying to get my own western feature produced and studied every significant American-made film in the genre, and a good number of Australian ones, The Drover’s Wife: The Legend of Molly Johnson is a rare film that steps out of the shadow of its peers, making for something genuinely unique. It’s an unflinchingly tragic and unabashedly feminist tale that dares to dive deeply into some serious subject matter and some uncomfortable truths. It gives us the honest resolution that we would rather turn away from but desperately need to need to confront rather than the one we want to see.

The supporting cast is excellent, especially Collins, who has phenomenal screen presence. Jessica De Gouw (The Crown, Pennyworth), as the Sergeant’s wife, is a gifted and tenacious writer on a mission of enlightenment. The cinematography by Mark Wareham (Clickbait, Preacher) is divine. This film also features one of the best rack-focus shots I’ve seen in quite a long time.

The Drover’s Wife: The Legend of Molly Johnson is a profound tale of racism, feminism, brutality and strength. Whether or not it gets the kind of release that puts on the radar for awards attention, it’s an Oscar-caliber film on every level, as well as a breakthrough for an artist who is as deserving of praise as the character she has so vividly brought to the screen. If there’s such a thing as getting just desserts in this world, Leah Purcell is a name you’ll be hearing a lot more of, and I’m dying to see what she does next. –Patrick Gibbs