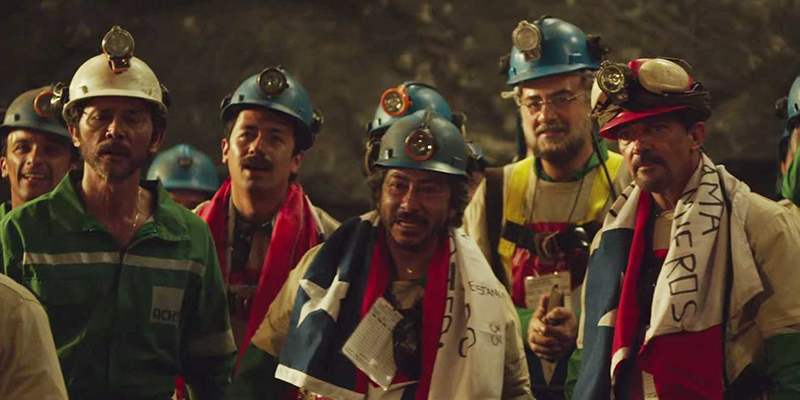 Anyone alive in 2010 most likely remembers the mining accident that occurred on Aug. 5, 2010, which buried 33 miners 2,300 feet underground and trapped them down there for 69 days. It’s only been five years since the incident, and we already have a feature film starring Antonio Banderas as Mario Sepúlveda and Lou Diamond Phillips as Don Lucho. Personally, I remember staying up all night watching each miner being rescued individually, so the latter half of this recreation did not receive my full attention—honestly, I wanted to go home. The reason for sitting through the first half of The 33 was to learn how they found the miners with absolutely no communication. That was something I didn’t see live on my television. The acting, while decent at times, is far too melodramatic for the most part. You can almost see the Oscar speech Banderas has prepared hanging out of his pocket. Sorry, Desperado, I don’t think it’s happening. There are also some questionable casting decisions such as French actress Juliette Binoche portraying María Segovia and delivering a horrendous Chilean accent. The story itself is spectacular and a modern-day miracle, but (spoiler alert) since all 33 miners are still alive today, I would have much rather seen a well-crafted documentary than a mediocre film that should have premiered on Lifetime. –Jimmy Martin