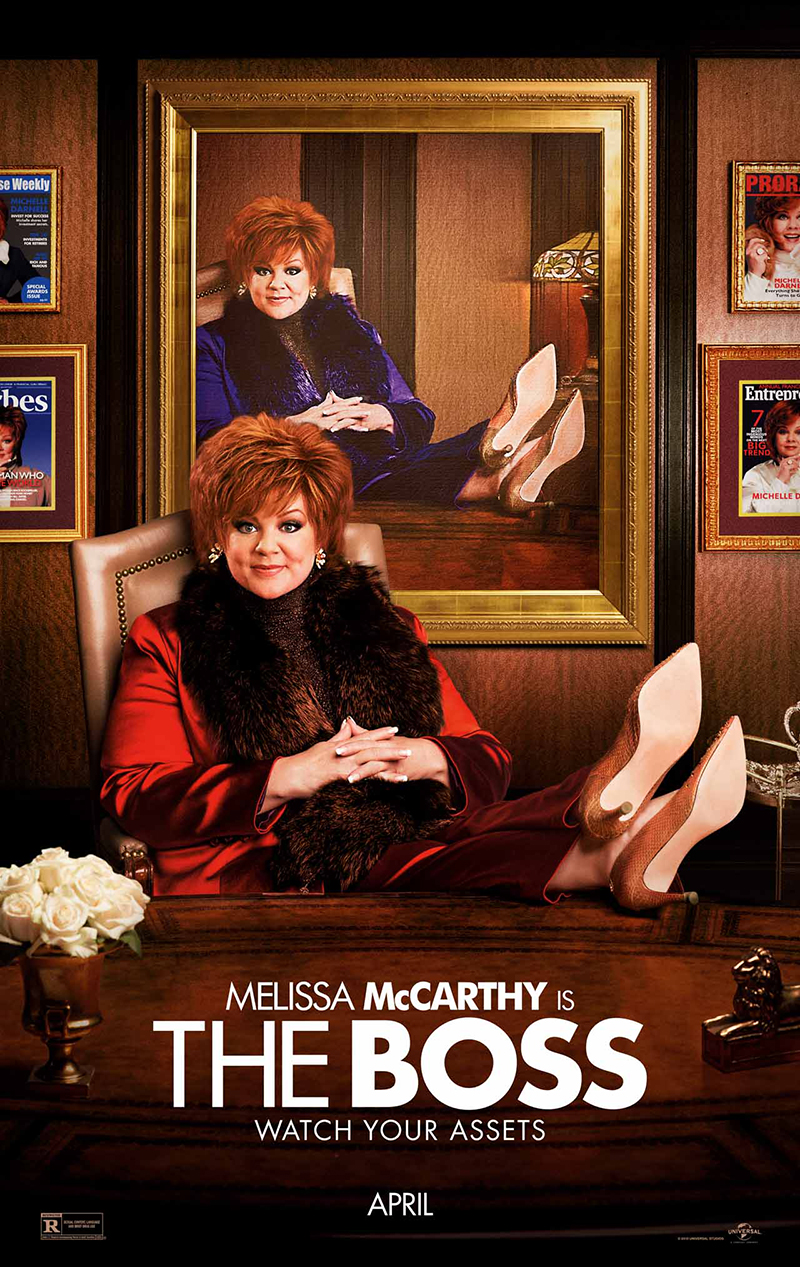 I love Melissa McCarthy. I LOVE her. To me, she is one of the funniest actors working in Hollywood today. So, it hurts my heart when I know she’s not running on all cylinders. In The Boss, Michelle Darnell (McCarthy) is one of the wealthiest females in America. Picture Oprah with a dash of Martha Stewart. After being arrested for insider trading, Darnell must dust off her Gucci stilettos, grab her Louis Vuitton handbag and pick herself up. How does she do that, you ask? By partnering with her former assistant Claire (Kristen Bell) and starting a brownie company in a similar fashion to the Girl Scouts cookie racket. Wait, that doesn’t sound intriguing? It sounds like an odd ripoff of 1989’s Troop Beverly Hills? That’s because it is and it isn’t. As much as I love McCarthy, she needs to stop teaming up with her director husband, Ben Falcone. I thought that their first pairing with 2014’s Tammy was a fluke and proved that the talented actress is only human. Such is not the case. It feels as though the two have an inside joke going on together, and no one else understands the punch line. There IS about a 20-minute stint where the jokes land and the genuine nature of McCarthy’s talent shines, but it soon plummets into sheer nonsense and becomes nearly impossible to maintain any type of interest for any of the characters. Seriously, how do you make Peter Dinklage boring? That’s impossible! Or at least I thought it was. If history has proven itself, Falcone and McCarthy should only work together on Paul Feig productions. They were fantastic together in 2011’s Bridesmaids. Feig understands her humor and knows how to embrace it. So, from now on, we must separate the happily married couple for the greater good of cinematic comedy. It’s all for the greater good. –Jimmy Martin