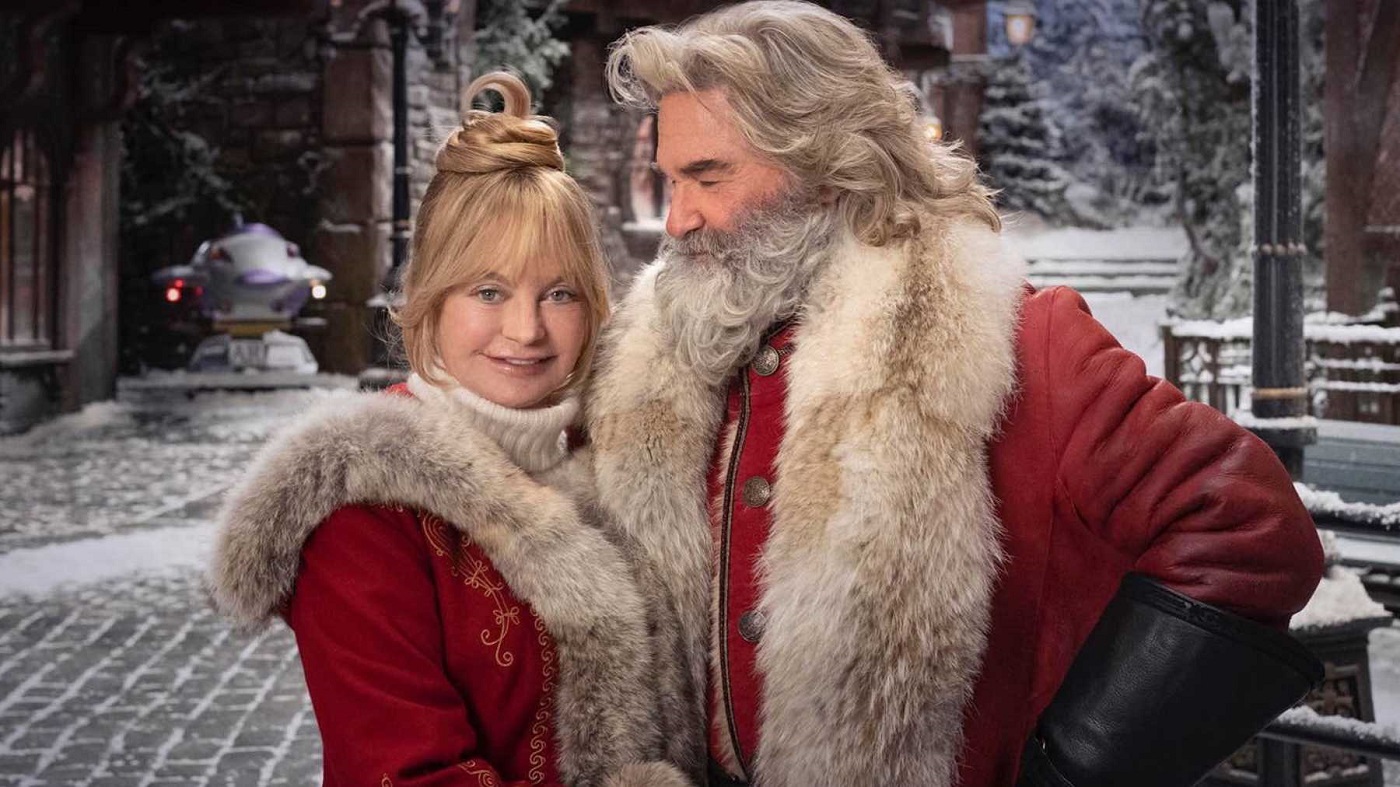 It’s hard to believe that it’s only been two years since the original Christmas Chronicles was released, because at the time, it constituted a big movie for Netflix. But the following holiday season, The Irishman and 6 Underground completely shattered the notion that a Netflix original was inherently going to be smaller in any way than a major studio release, and Netflix itself became a major studio. And that’s the studio that has made The Christmas Chronicles: Part Two, the epitome of the go-big-or-go-home Hollywood sequel.

It’s been two years since siblings Kate (Darby Camp, Dreamland) and Teddy Pierce (Judah Lewis, The Babysitter films) saved Christmas, and a lot has changed. Kate, now a cynical teenager, is reluctantly spending Christmas in Cancun with her mom’s new boyfriend and his son, Jack (Jahzir Bruno, The Witches). Unwilling to accept this new version of her family, Kate decides to run away. But when a mysterious, magical troublemaker named Belsnickel (Julian Dennison, Hunt for the Wilderpeople, Deadpool 2) threatens to destroy the North Pole and end Christmas for good, Kate and Jack are unexpectedly pulled into a new adventure with Santa (Kurt Russell) and Mrs. Claus (Goldie Hawn), and the future of Christmas is once again at stake.

Hollywood icon Chris Columbus (Home Alone, the first two Harry Potter films) produced the original, but left directing duties to Clay Kaytis (The Angry Birds Movie). But with this one becoming a big budget fantasy spectacle, Columbus has taken over the reigns of the sleigh as both writer and director. Everything about this movie is big and loud, and it’s an effect- filled extravaganza. That makes for an entertaining event movie much of the way, but the smaller-scale, character-oriented schmaltz of the original made for something more magical. The plot, which involves a mystical Christmas tree topper that contains a piece of the Star of Bethlehem, is a strange mix of intricate and flimsy in the tradition of many a Hollywood action sequel.

Still, there’s a lot of fun to be had here, and Russell still makes a great alternative version of the man in red. Hawn’s Mrs. Claus is a major character this time around, and it’s really nice to see her again. In particular, her scenes with Bruno are very charming. The weakest link here is Dennison, and that needs to be chalked up to misuse more than anything else. He’s been a terrific comic presence in the past, but they opt out of making Belsnickel a humorous character. While I’m all for letting him stretch his legs, but a hybrid of Kylo Ren and Dudley Moore’s character from Santa Claus: The Movie isn’t exactly the perfect formula for breaking into dramatic acting. My guess is that Dennison is who they could get, plain and simple, and sadly he just doesn’t work in the role.

It’s hard to add more qualifiers to a movie than “Christmas movie sequel” without actually making a faith-based horror musical, and you likely already know whether or not this might appeal to you. I’m enough of a sucker for both Christmas and fantasy that I found The Christmas Chronicles: Part 2 to be very watchable, but it’s aimed at a specific audience at a specific time of year, and it is pretty forgettable even by those standards—and yes, I do feel very silly about the fact that I’m kind of looking forward to part three. –Patrick Gibbs