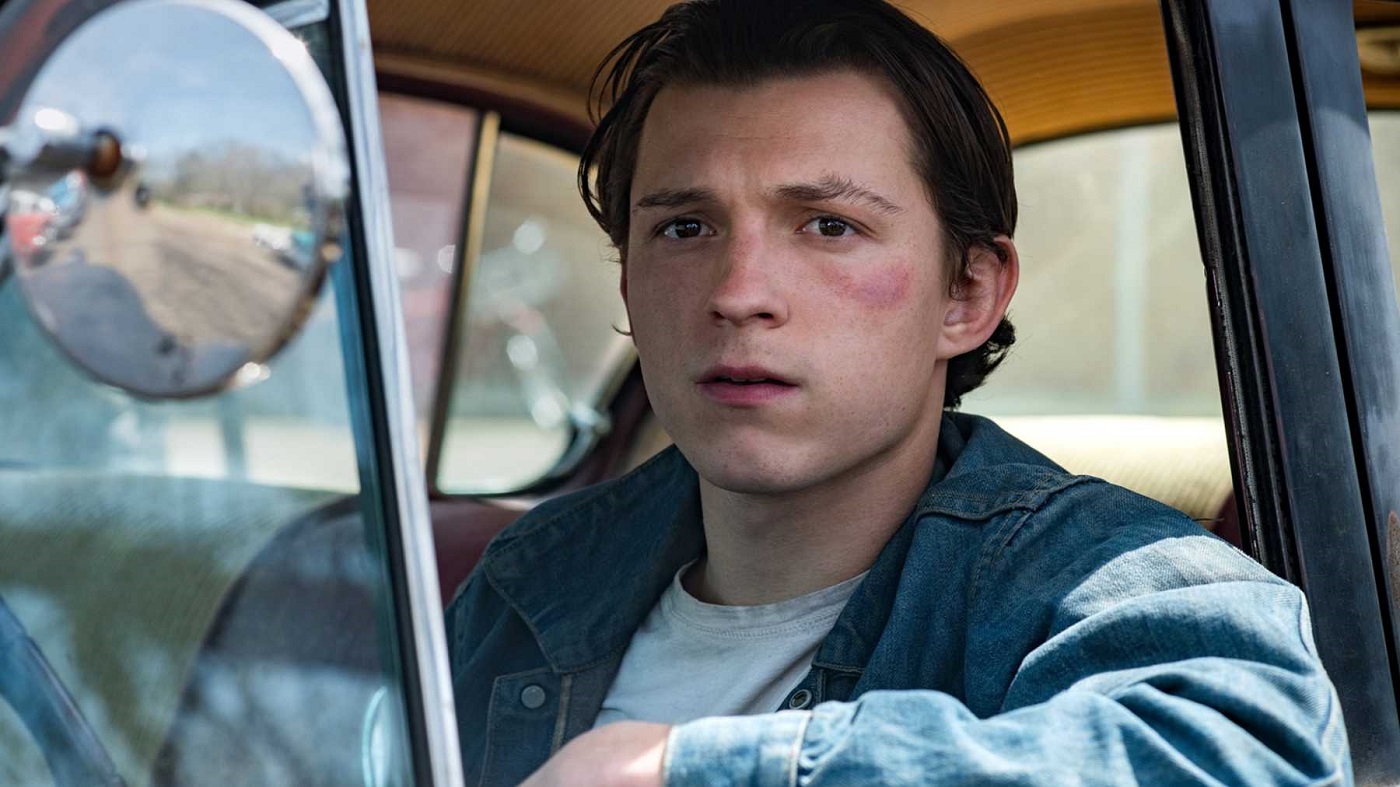 Film Review: The Devil All the Time

The Devil All the Time
Director: Antonio Campos

If there’s one thing that I find even more frustrating than a good story badly told, it’s a bad story told exceptionally well.

Donald Ray Pollock‘s acclaimed novel The Devil All The Time has been brought to the screen by director Antonio Campos (Christine, The Sinner), whose strikingly elegant visuals and gift for atmospheric storytelling are a perfect match for Pollock’s absorbing and sometimes transfixing prose. But no matter how fancy the presentation, it’s still a pulpy and shallow exercise in morbidity that illuminates very little about the human condition.

In the town of Knockemstiff, Ohio, and its neighboring backwoods regions, a tale that spans the time between World War II and Vietnam is woven around a bevy of sinister characters who happen to be played by a who’s-who gallery of geek fandom. There’s the war weary veteran (Bill Skarsgård, It), the unholy preacher (Robert Pattinson, Twilight, The Batman), a creepy couple on the prowl (Jason Clarke and Riley Keough), the crooked sheriff (Sebastian Stan, Captain America: The Winter Soldier), and Arvin Russell (Tom Holland, Spider-Man: Homecoming), a scarred and cynical young man who lost his belief in God when he was young after undergoing to a family tragedy.

Now, in an era when there are so many comic book and sci fi/fantasy movies being made, such a studded cast is bound to make for some distracting pairings. But the fact is that these people are actors playing roles, just like any other actors. Nevertheless, when you have Pennywise the Dancing Clown fathering Spider-Man, the town Preacher is Batman and the Sheriff is The Winter Soldier, you don’t even need to have Dudley Dursley marry Alice in Wonderland for it all to become a bit much. But I digress, as these actors give credible performances, and let’s face it, if you tried to avoid having crossovers between actors who’ve played Batman and actors who’ve played Spider-Man, you’d be forced to … well, make a movie that actually focused on women or people of color. (Again, I digress.)

The FanX dream line-up can be ignored for the most part, as long as you are pulled into the story. And up to a point, I was feeling it, though the sheer grisliness of it all is gratuitous and largely pointless throughout. The concept of disillusionment with God and religion is certainly a subject with plenty of meat to it, but a little bit of quiet nuance versus a lot of blood and theatricality in how the subject was presented would have been welcome. There are moments where the nuance really plays, but they end up being sacrificed in favor of something more flashy. While some of the brutality is effective and evocative, it quickly becomes relentless enough that a certain numbness sets in and it starts to feel more tedious than anything else. When the different plot threats begin to weave together, it’s meant to illicit a gasp, but mainly what it got from me was a lot of eye rolling. And if you’re a dog lover or are easily traumatized, you will want to put this on your must-avoid list.

Holland, Skarsgård and Eliza Scanlen (Little Women) all give impressive performances, as does Harry Melling (the Harry Potter series, The Old Guard). Pattinson is good, but the character gets to be a bit too one dimensional, and I frankly couldn’t have cared less about Stan’s corrupt cop. But worst of all, as a longtime fan of Clarke (Dawn of the Planet of the Apes, First Man), I’m sad to see him wasted once again in a bad role. I began to groan every time the movie meandered back to his silly and lurid plot detours, and while it seems pretty clear that Pollock and Campos are feeling pretty smug about how he fits into things, I found him to be nothing more than a cheap and rather contrived plot device. And speaking of Pollock, his drawled voice-over narration had me waiting to hear him say “Now, Boss Hogg was fixin’ to catch them Duke boys before they made it to the county line … ”

There is some gorgeous cinematography in the film, the location shooting provides for some beautiful scenery and the musical score is fantastic. But the ponderous storyline is just so empty, and yet so full of itself at the same time, that pretty pictures and music aren’t enough to save it. The Devil All The Time is not the beginning of Oscar season, just an elaborate mirage in the largely barren desert of September movie-going. –Patrick Gibbs