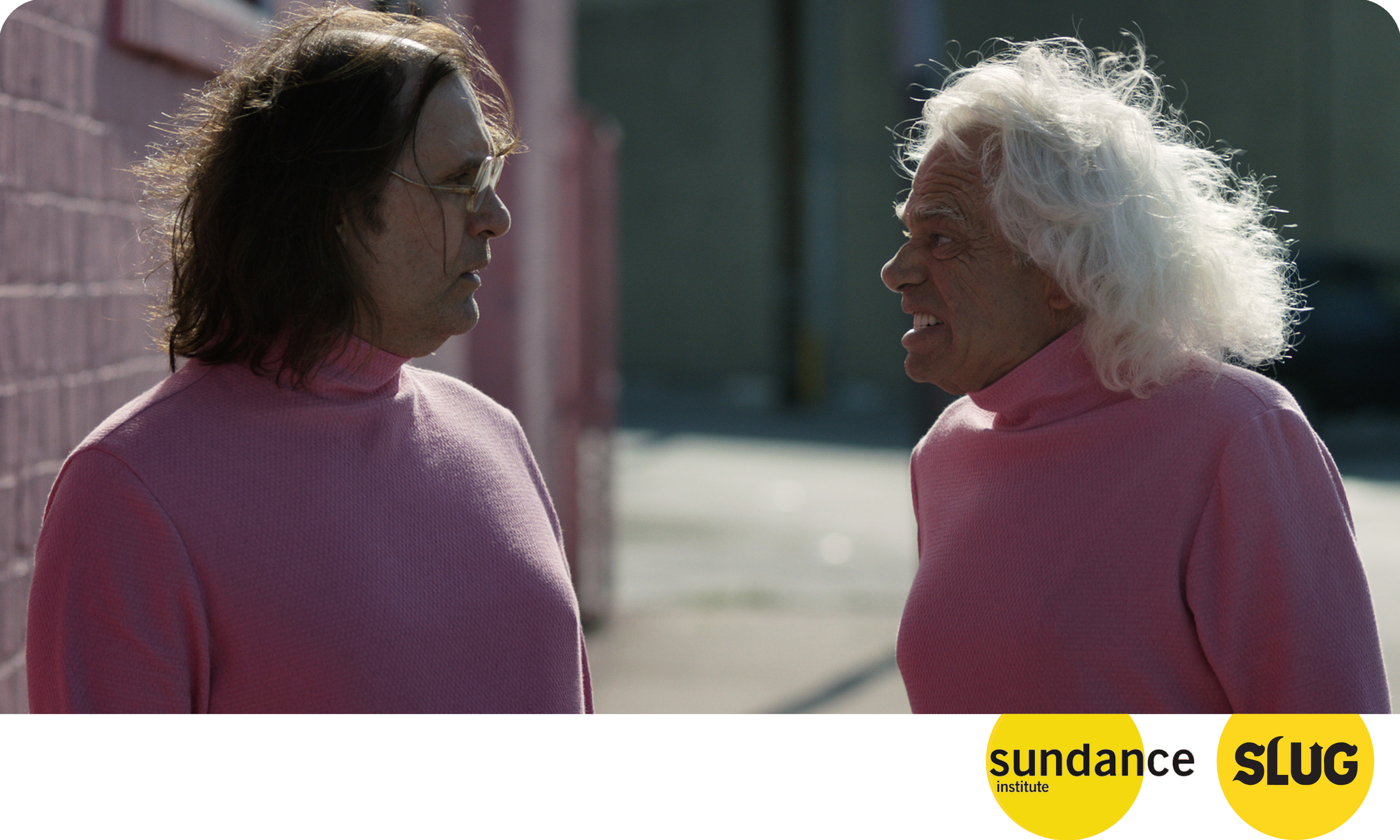 Before the opening credits rolled for The Greasy Strangler, I engaged in some friendly chit chat with the film critic on my right. My new pal told me that he had just come from Swiss Army Man, a film that has already picked up some controversial buzz since Daniel Radcliffe’s turn as a flatulent corpse caused a sizable chunk of the audience to walk out of the premiere. My colleague didn’t buy into the walkout, however. Despite the film’s weirdness, he was proud to say that he stuck it out and ended up finding some value in the film.

After the first fifteen minutes of The Greasy Strangler, he was out the door. A few minutes later, the dude on my left excused himself to use the bathroom and didn’t come back. By the time the final credits rolled, the initially packed theater was down to about a quarter capacity. I confess, there were several moments that made me consider joining the exodus—but that would mean admitting defeat, and that’s not how I roll.

Amid tableaus that fixate on cartoonish gore, ungainly sex, feral pubic hair and lurid sausage consumption, The Greasy Strangler does tell a story—I think. Big Ronnie (Michael St. Michaels) and his son Big Brayden (Sky Elobar) run a two-bit disco tour in some discarded Los Angelino hell hole. When Brayden strikes up a relationship with Janet (Elizabeth De Razzo), a fiery-haired, tweed-wearing disco tourist, the father and son find themselves competing for her affections. This familial rivalry takes place at the same time as a rash of grisly murders, committed by a slimy character known as the Greasy Strangler.

Immediately, it’s easy to compare director Jim Hosking’s dissertation of depravity with the work of John Waters. Like Waters, Hosking employs his own distinct toolbox of cinematic weirdness. Throughout The Greasy Strangler, the audience is treated (subjected?) to images of pale, potbellied men with wispy hair and a penchant for knee-high socks—or frequently wearing nothing at all, assaulting the screen with angry-looking prosthetic penises. Keeping true to its title, grease—viscous cooking oil or rendered pork fat—seems to lubricate the entire story, becoming the physical manifestation of some horrendous, primal man-beast that lurks beneath the surface of the socially alienated. It’s this grease that the titular strangler slathers on his body before he chokes the life out of those that have done him wrong.

The Greasy Strangler’s bread and butter is the act of stretching each joke deep into territory that forces awkward laughs from the audience. This trope is a bit overused, making the film feel like a Tim and Eric sketch that was allowed to live for longer than its creators intended, only to find its way into a batch of hallucinogenic moonshine. The actors intentionally deliver their lines with all the grace and wit of a bad daytime soap opera, and phrases like “bullshit artist,” “shit-scared,” and “hootie tootie disco cutie” are continuous fixtures in their dialogue. There’s a corrupted Michael Showalter kind of humor in there somewhere, but it quickly becomes one of the many aspects of the film that are hard to stomach.

Given the unapologetic nastiness of the entire film, it might be redundant to draw attention to the fact that The Greasy Strangler has a bit of a diversity problem, but I’m going to nonetheless—at least John Waters was an equal opportunity offender. The first victims are a pair of tourists from Senegal (Abdoulaye NGom) and India (Sam Dissanayake), and, shortly before their demise, we are treated (subjected?) to an absurdly long scene that exists only to make fun of the way Dissanayake says the word “potato.” There were moments when I thought Janet would somehow embody a shred humanity for the film, but she ended up being little more than a sexual caricature that was passed between the two principal misanthropes until she was no longer useful.

The Greasy Strangler isn’t necessarily a film that one can really like or dislike—it simply is. It demonstrates a filmmaker’s unabashedly weird perspective, and that holds a modicum of value. I suppose the best way to sum up this film is to simply say, “Enter at your own risk.”