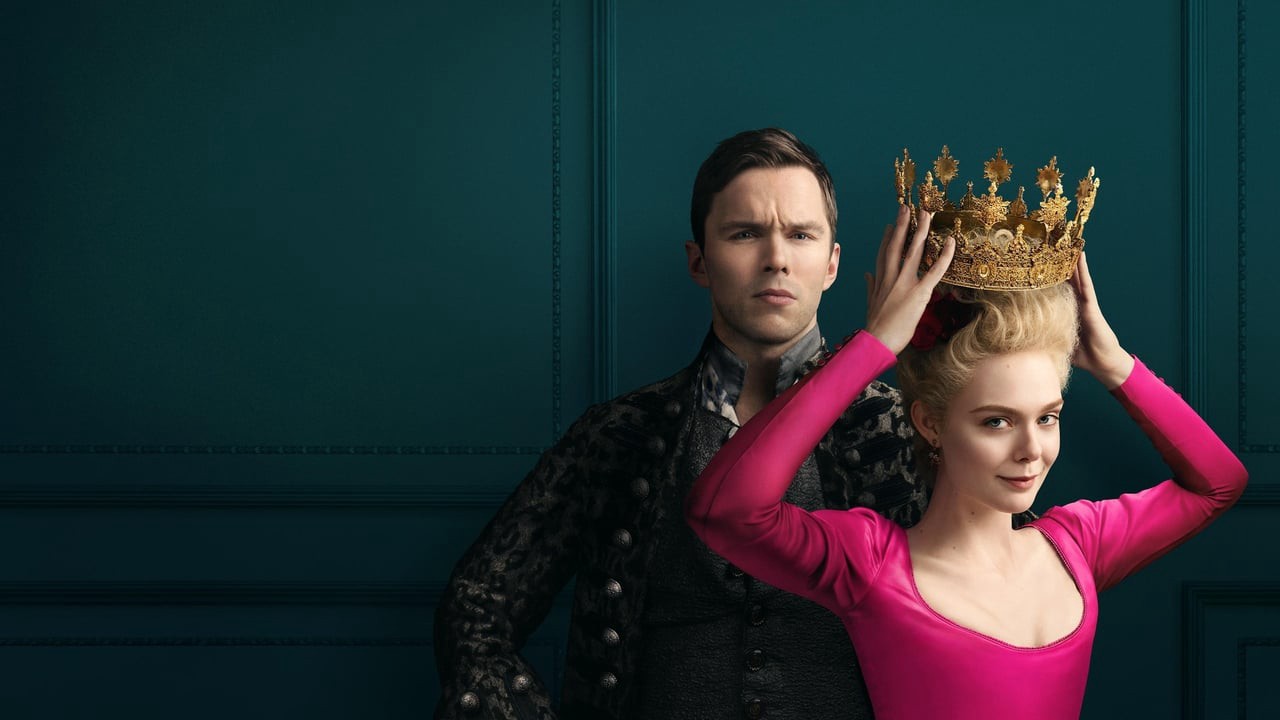 The Great
Created by Tony McNamara

Hollywood has not pulled a lot of punches in satirizing the Trump era, from Alec Baldwin’s popular portrayal on Saturday Night Live to the series Our Cartoon President, and many feel that The Simpsons has been doing it for decades. But it’s been surprisingly difficult to make the bulk of this spoofery really work. This is simply because, by its nature, a parody has to be more outrageous than its target, and let’s face it, that isn’t exactly easy in this case. But Tony McNamara, the Academy Award-nominated writer of The Favourite, has found a clever way to do it that stands out from the crowd with the new Hulu original series The Great.

The 10 episode season bills itself as “an occasionally true story,” and it chronicles the marriage of Catherine the Great (Elle Fanning) to the contemporaneous Russian Emperor, Peter (Nicholas Hoult), and her rise from outsider to the longest reigning female ruler in Russia’s history. It’s a wildly fictionalized and unapologetically anachronistic story of an idealistic, romantic young girl who arrives in Russia for an arranged marriage and finds a depraved and backward world that she resolves to change. All she has to do is stage a coup, defeat her husband, the church, the military, and, in the process, win the love of her new country.

While there is a lot more to this show than merely taking a swing at our current President, there’s no denying that Hoult’s at times startling portrayal of a randy, spoiled, petty and frighteningly foolish borderline sociopath is very much intended to draw comparisons—right down to a couple of references to “making Russia Great.” It’s a performance that could easily bag the gifted young actor an Emmy. The script provides him with an endless stream of devilishly memorable lines, and it’s a surprisingly nuanced characterization, given how narcissistic and devoid of redeeming qualities this leader seems to be.

But more than anything, if there is any obvious way to describe The Great, it would be to call it a big budget and decidedly feminist take on the bawdy BBC classic Blackadder. Fanning is thoroughly captivating, and it may be the best star vehicle she’s been given to date, as she rarely gets a chance to show off her comedic chops to this extent. She is ably supported not only by Hoult, but by the rest of the cast, especially Phoebe Fox as her lady-in-waiting, Mariel, Sacha Dhawan as her fellow conspirator, Orlo, and a personal favorite actor, Adam Godley (Mr. Teeve in Tim Burton’s Charlie and the Chocolate Factory) as the Archbishop, known to all as “Archie.” But perhaps the most intriguing characters are the Emperor’s best friends, Grigor (Gwilym Lee, best known as Brian May in Bohemian Rhapsody) and his wife (Charity Wakefield), the latter of whom Peter has chosen as his on-call lover and who must please him wherever and whenever he so wishes, whether her husband likes it or not.

The Great is brash, crass and shockingly vulgar, filled with overt sexual content and brutal violence and gore. As such, it is hardly for all tastes. Even for TV-MA, it can assault your sensibilities at times. I confess some of it goes too far for my taste at times, while at other moments it’s entirely justified in the boundaries it pushes. But it’s also fiercely intelligent, idealistic and highly provocative. It’s a hilarious take on power struggles, sex, class and gender roles and the role of religion in modern politics. For the most part, The Great is great television, and if you’re in the mood for something wickedly irreverent, at times quite sexy and, above all, endlessly smart, then don’t miss this one. –Patrick Gibbs