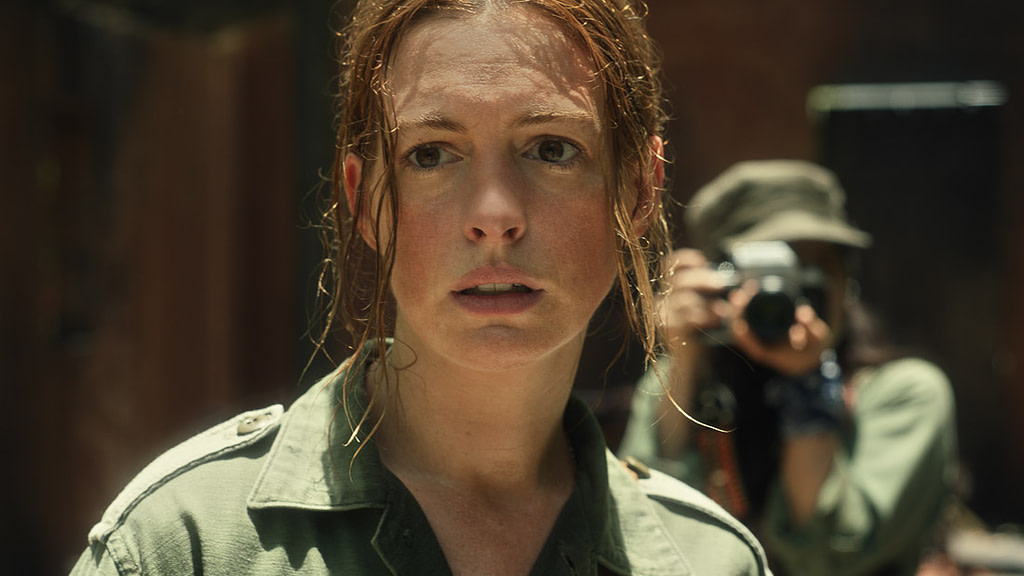 There’s a moment in The Last Thing He Wanted wherein Anne Hathaway opens up her refrigerator to find a single jar of Hellman’s Mayonnaise. It got me thinking: What exactly is the deal with Best Foods and Hellman’s? Are they the same brand? The design is the same, they used to use the same slogan on their commercials, they taste the same … so why the two different names? And how is it that the director of Mudbound makes a geo-political thriller with an all-star cast full of Oscar winners and nominees that is so thoroughly uninvolving that I found myself musing about mayo?

This muddled story centers around Elena McMahon (Hathaway), a reporter for the Washington Post who quits her job covering the 1984 Presidential Election to care for her rapidly ailing gunrunner father (Willem Dafoe). But Dad has one last big score going down, and Elena steps in to do it in his place. From here, she heads off to Central America. Elena gets entangled in a web of spies and lies on a small island off the coast of Costa Rica, where she faces dangers that include being forced to act opposite a listless and miscast Ben Affleck in an ill-fitting suit and trying to comprehend a screenplay that—as far as I could tell—did not include page numbers, was dropped on the floor and hastily reassembled in random order in the hope that no one would notice.

It’s not that The Last Thing He Wanted is a terrible film: Truly terrible films are at least vaguely interesting in a “slow-down-as-you-drive-past-a-car-accident” kind of way. But this plodding and vanilla “ripped-from-the-headlines” melodrama offers no insights into a chapter in American history that really cries out for some, and it relies heavily on the hope that viewers will be too embarrassed to admit that they didn’t understand what was going on. It’s a remarkably bad piece of storytelling, and it doesn’t help that the film is populated with cardboard characters spouting stilted dialogue like, “In a perfect world, we would make perfect decisions. In the real world, we make real decisions.”

Hathaway commits fully to her performance, but there was never a moment when I cared about her character, and Dafoe is sadly underused. Oddly enough, I found it very difficult to buy his performance as an old man suffering from dementia, because he’s looked exactly the same age for 30 years now (I actually have a theory that he made a deal with the devil wherein he was given the ability to stay 52 forever. In exchange, he had to make The Boondock Saints and three movies with Lars Von Trier) [Ed: SLUG Magazine does not necessarily maintain the same opinions about the films Manderlay and Antichrist as those found in our content].

The Last Thing He Wanted is just a speed bump along the road to much better things for everyone involved, and there are better ways to waste your time. Meanwhile, I’m going to make myself a tomato sandwich with either Hellman’s or Best Foods, and it will be the best thing that anyone gets from this whole experience.  –Patrick Gibbs