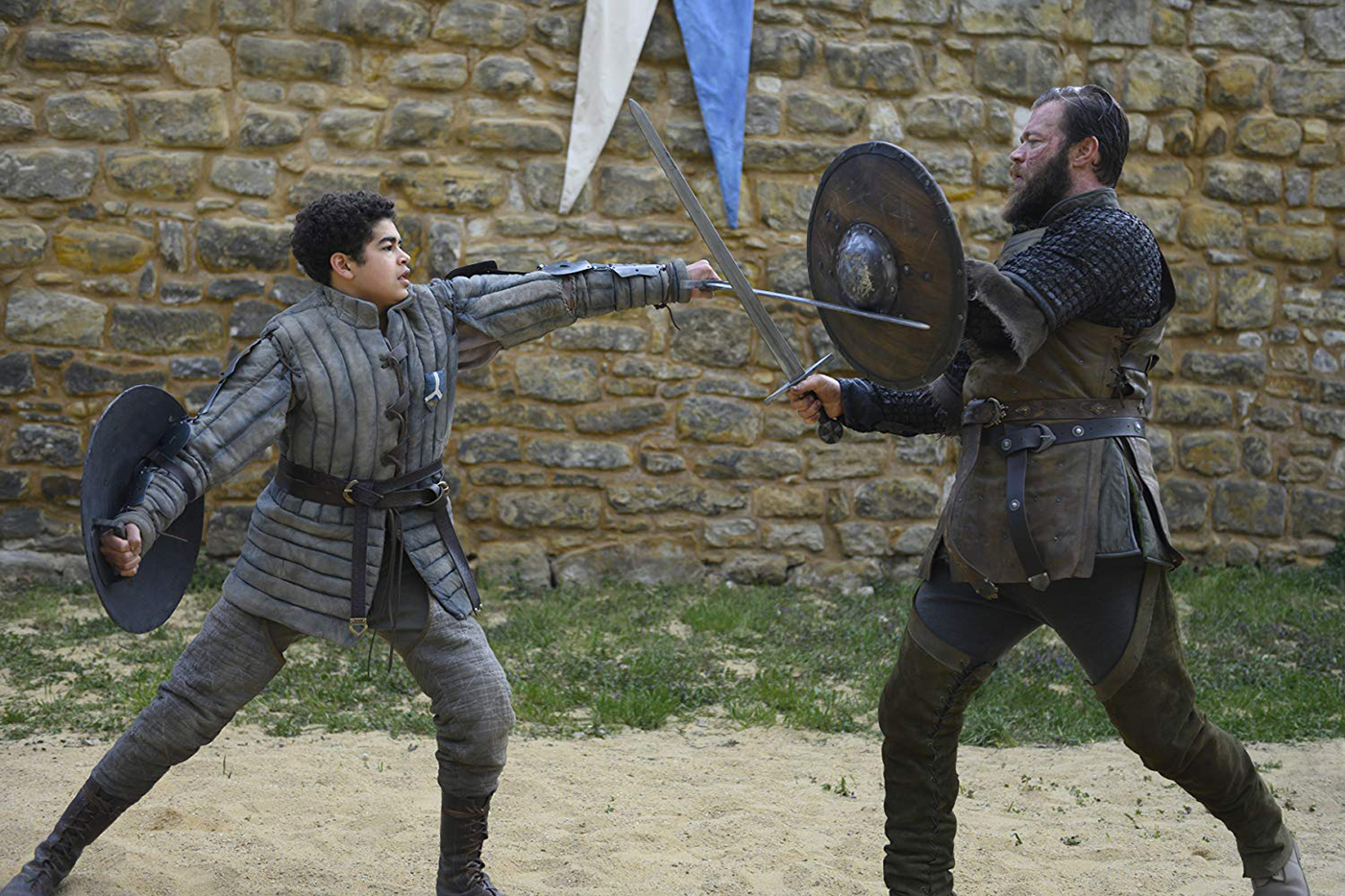 Show Review: The Letter for the King

The Letter For The King
Series Creator: William Davies

The end of Game of Thrones left a gaping void that every major network and streaming service has been trying to fill. If you’re a fan of swords and sorcery, there has never been a time when there was more programming aimed at you. However, most of it up to this point has also been very TV-MA, with far too much violence, nudity and graphic sexual content for a lot of younger viewers. But Netflix’s new series The Letter for the King, adapted from the popular Dutch novel by Tonke Dragt, offers a coming-of-age-in-the-middle-ages story that makes for a nice alternative.

The kingdoms of Unauwen and Dagonaut have been at war with the land of Eviellan for thousands of years, but Eviellan has always resisted … until now. Prince Viridian (Gjis Blom), the ruthless son of Unauwen’s King Favian, has brought the people to their knees, and their only hope is the ancient prophecy of a hero who will rise to save them.

Meanwhile, 16-year-old squire Tiuri (Amir Wilson) is on the eve of becoming a knight of Dagonaut. When he and his fellow novices hold vigil in a small chapel to begin their ascension to knighthood, a stranger knocks on the door seeking help. Tiuri follows the man outside, only to find the legendary Black Knight mortally wounded. The knight gives Tiuri a letter that must be delivered to King Favian at all costs and warns him to trust no one. Tiuri takes off on this quest, but he is pursued by the dreaded Red Riders (“you’ll shoot your eye out, kid!”) and the other novices who are tasked with hunting him down.

This six-episode series is an exciting adventure that is at its best when focusing on the younger characters. It’s a lot shakier when dealing with the one-dimensional Viridian, or a dull subplot about romance and the politics of royalty. But the main storyline is entertaining enough to make these sections worth sitting through, and the young actors who are tasked with carrying the series are more than up to it. Ruby Ashborne Serkis as Lavinia makes a particularly strong impression, and it doesn’t hurt to have distinguished actors like her father, Andy Serkis, as well as Ben Chaplin making appearances in extended cameo roles. The Letter for the King has just enough action and humor to keep things moving, and while it may not have the budget of GoT, the production values are solid, and it’s actually refreshing to see a show of this sort that doesn’t rely too heavily on razzle-dazzle effects to sell itself. It also has a couple of clever surprises up its sleeve, one of which is particularly gutsy and beautifully handled, and is destined to spark a lot of discussions.

Between the emphasis on diversity in casting and some of the other story elements, it is safe to say that if you are the kind of person that thinks “Social Justice Warrior” is somehow an insult, this show isn’t for you. I found The Letter for the King to be a charming, rollicking adventure, and a pleasant diversion that makes for some seriously entertaining family viewing. –Patrick Gibbs