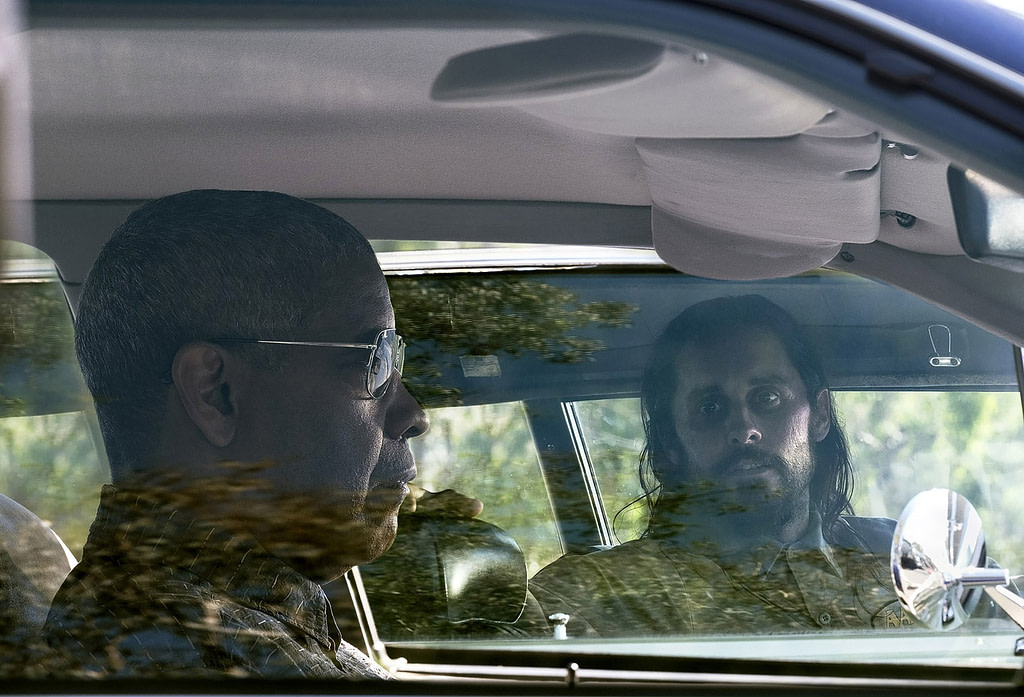 Photo courtesy of Gran Via Productions.

Gran Via Productions
In Theaters and Streaming on HBO MAX: 01.29

It’s always interesting to look at an established filmmaker’s earlier work as opposed to their later, more polished films. Occasionally, you get a mixture of both in the same movie. The Little Things is a screenplay that John Lee Hancock developed way back in the ’90s, with Steven Spielberg intended as the director, though the cinematic legend ultimately passed on it because it was just too dark for his sensibilities.

The Little Things follows Kern County Deputy Sheriff Joe “Deke” Deacon (Denzel Washington), who is sent to Los Angeles for what should have been a quick evidence-gathering assignment. Instead, he becomes embroiled in the search for a killer who is terrorizing the city. Leading the hunt, L.A. Sheriff Department Sergeant Jim Baxter (Rami Malek, Bohemian Rhapsody), impressed with Deke’s cop instincts, unofficially engages his help. But as they track the killer, centering in on a prime suspect played by Jared Leto, Baxter is unaware that the investigation is dredging up echoes of Deke’s past, uncovering disturbing secrets that could threaten more than his case. As their obsession grows, both men start to risk their careers, their sanity and their lives.

In many ways, The Little Things seems awfully dark not just for Spielberg, but for Hancock himself, who has built his brand around movies like The Rookie, The Blind Side and Saving Mr. Banks. But at the time, he was working on this script, he was the writer of Clint Eastwood‘s A Perfect World and A Midnight in the Garden of Good and Evil, and The Little Things goes even further than The Highwaymen in returning him to his roots, though that was the better film.

Washington can always be relied upon to give a great performance, and while Deacon is hardly one of his most memorable characters, he’s an interesting one, and the film benefits greatly from the presence of the master. I’ll be completely honest in saying that I feel that my opinion of Malek’s acting in this film may not be the best barometer because I haven’t seen him in much outside of Bohemian Rhapsody, and I felt that the weight of that iconic role hung over this one. It almost feels as if he was going out of his way to be stiff and boring just to prove he’s not just Freddie Mercury. I’m not saying he’s bad in the film, but this character could have been a straightlaced stuffed shirt and still had some magnetism, but Malek doesn’t, and I kept thinking that ’90s Val Kilmer would have been a perfect fit.

On the whole, there’s an unshakable feeling that the movie wants to be Se7en, with Washington in place of Morgan Freeman, Malek as Brad Pitt and, of course, Jared Leto as Kevin Spacey. But I mean that last one purely in terms of screen equivalents. Any comparison of them as people would feel like a cheap shot, and also I mean no offense to Spacey. Leto is effectively chilling as the enigmatic suspect, who seems to be enjoying the attention, and I’ll admit that I did have nightmares about him, and not in the same way that I usually do.

Cinematographer John Schwartzman (Jurassic World, Seabiscuit) does a masterful job with the dark moodiness, though some of the daytime sequences looked a little too digital for me. Thomas Newman’s score is very effective, though it’s not one I’d listen to on its own the way I do with many of his best works. Editor Robert Frazen (I’m Thinking of Ending Things) skillfully weaves things together with a strong sense of timing.

My feelings on The Little Things are mixed, but the fact that I’d call it Hancock’s weakest film since The Alamo is more a commentary on how good a filmmaker he’s become than an outright slam against the movie. It’s well-done and fairly intriguing, but it’s a bit too grisly for people who don’t get into serial-killer movies, but is perhaps too tame for those who really love them. It falls somewhere in between what a late-January release means in a normal year and what it does during the prolonged Oscar season of 2020–21. It’s worth watching if you have HBO MAX, but not exactly a singular reason to subscribe, even if you love Denzel Washington as much as I do, love Rami Malek a lot more than I do, or have built up the necessary antibodies against Jared Leto. –Patrick Gibbs