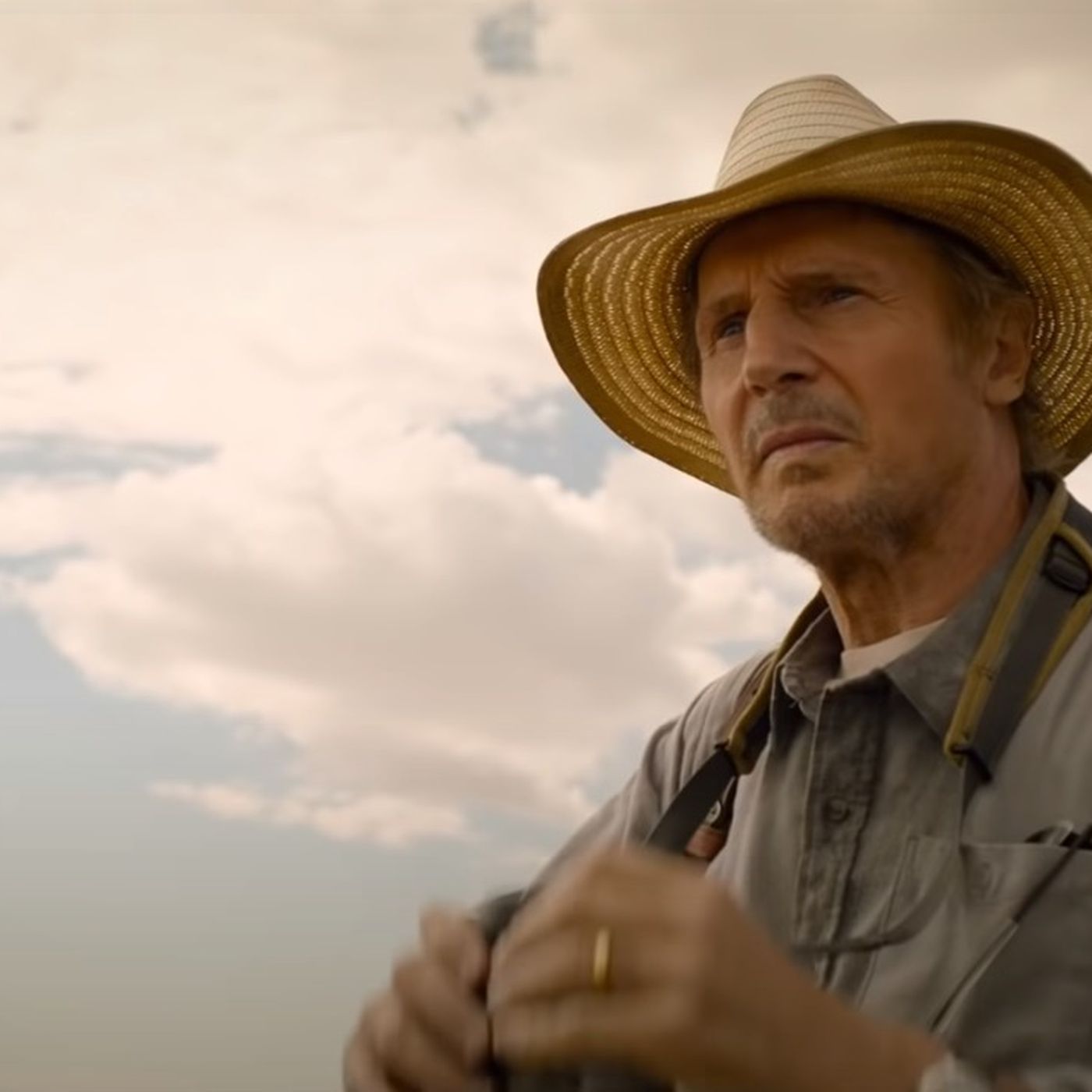 It’s official. Liam Neeson is inheriting Clint Eastwood roles, and he’s moving on to the next stage of that career: the aging, crotchety loner. Honest Thief very much recalled ’90s fluff such as as Absolute Power, and with The Marksman, Liam, who even forgoes the hair dye this time around, is stepping into a role that was likely conceived with Eastwood in mind, as it’s cowritten and directed by the two-time Oscar winner’s longtime collaborator, Robert Lorenz, in his follow up to Trouble with the Curve.

Neeson stars as Jim Hanson, a weary, grizzled, hardened-on-the-outside but soft-and-chewy-in-the-center Arizona rancher who was destroyed by the death of his wife and simply wants to be left alone as he fends off eviction notices and tries to make a living on an isolated stretch of borderland. But when the ex-Marine sharpshooter witnesses 11-year-old migrant Miguel (Jacob Perez) crossing the border while fleeing with his mother, Rosa (Teresa Ruiz), from drug-cartel assassins led by the ruthless Mauricio (Juan Pablo Raba), a shootout ensues between Jim and the cartel thugs. Rosa is hit, and as she lies dying, she begs Jim to take her son to safety to her family in Chicago. Jim and Miguel slowly begin to overcome their differences and begin to forge an unlikely friendship, while Mauricio and his fellow assassins blaze a cold-blooded trail, hot on their heels.

Lorenz is a big step up from the directors that Neeson has been working with in his turn-off-your-brain action films, and this film has aims for more, even if it doesn’t always hit its target. The Marksman gives us a lot more of the serious actor that existed before Taken sidetracked his career, though it still falls squarely within the action-thriller genre. It’s great to see the Schindler’s List star playing a lead character who actually has emotions and thoughts going on in his head, as well as painful regrets. It’s hardly an Oscar-caliber performance, but it’s at least a baby step in the right direction, especially when he’s interacting with young Jacob Perez as Miguel. While the Irish brogue slips through occasionally, Neeson works better as a cowboy than you might expect him to, and I really enjoyed him in this film.

The movie does run into problems in that its modern-western swagger, dependence on guns and Mexican cartel villains make it skew a bit toward a conservative audience, albeit one with enough heart to care what happens to an undocumented kid. It’s a film made by an Eastwood protégé for an Eastwood audience, and there’s a place for that. But the timing is bad, especially considering an irresponsible sequence wherein Jim talks a gun-shop owner into selling him a rifle and a sidearm and ignore the waiting period for the background check to go through—the “machine is down”—by explaining that he’s not a criminal, but there are bad people after him and he needs to protect himself.

It’s a long-running complaint of mine that so-called “liberal Hollywood” tends to chicken out when it comes to showing people who kill purchasing guns legally. Joker totally lost me with its contrived and cowardly device of having a coworker just hand him a gun and say, “You might need this” instead of dealing with the reality that there was nothing stopping Arthur Fleck from buying a gun, and he would have done so. Considering the paranoid run on firearms and ammunition that’s going on across the country right now, making a good-guy moment out of ignoring laws and consequences in the sale of weapons in more than just cringeworthy—it’s flat-out dangerous, and I frankly wish that Open Road, the studio distributing it, would pull it from release while they figure out a fix for the scene.

Anyway… The Marksman is an above-average but far-below-great January thriller that works because its star and director really sell it. It’s not going to make much of an impact on the box office or on critics, but it’s a serviceable enough dramatic thriller that should appeal to much of the same crowd who who enjoyed Let Him Go, and one that should remind Hollywood that Lorenz is quite a capable director who has the potential to make a great film someday and that Neeson can still do more than just scowl and break bones. –Patrick Gibbs