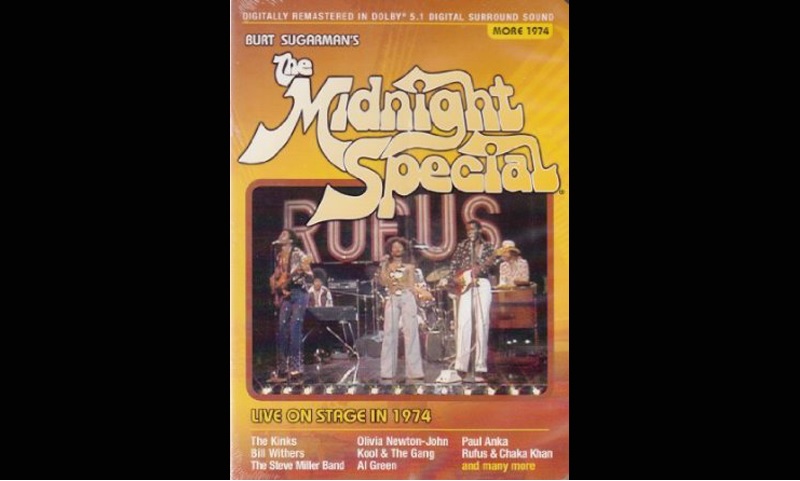 One of the more spectacular music shows to ever run on late-night television was the Midnight Special. Bankrolled by Burt Sugarman, and running through most of the 70s and into the early 80s, the Midnight Special was the closest think that we in the US ever had to the BBC show Top of the Pops. The DVD we’re reviewing here is the first in a series available through a television infomercial. On this first disc, there are some impressive performances by the Guess Who, Peter Frampton and John Denver. The best efforts though, are from Fleetwood Mac and David Bowie. During the Fleetwood Mac song Lindsay Buckingham rips through the solo from “Rhiannon” while wearing a kimono and sporting a vicious afro (sassy). On the Bowie number, the Spiders from Mars follow the Ziggy Stardust character through a blistering rendition of “Space Oddity”, complete with archival NASA footage and an eyebrow-free Bowie. There are also some lackluster songs, with both Billy Joel and Steve Miller dropping some rather lousy performances on the crowd. In all, though, this seems like a promising series of DVDs. Multiple camera angles, a variety of close-ups and expensive production values make these clips truly impressive. I would much rather the discs be released in a box set form, or at least in complete episodes (instead of in the “best of” style that this first disc reflects). But then again, if you’re the type of 70s music lover who doesn’t mind getting two new discs in the mail ever 4 to 6 weeks, then this is the club to join. There’s bound to be some more awesome footage on the next DVD. -James Bennett