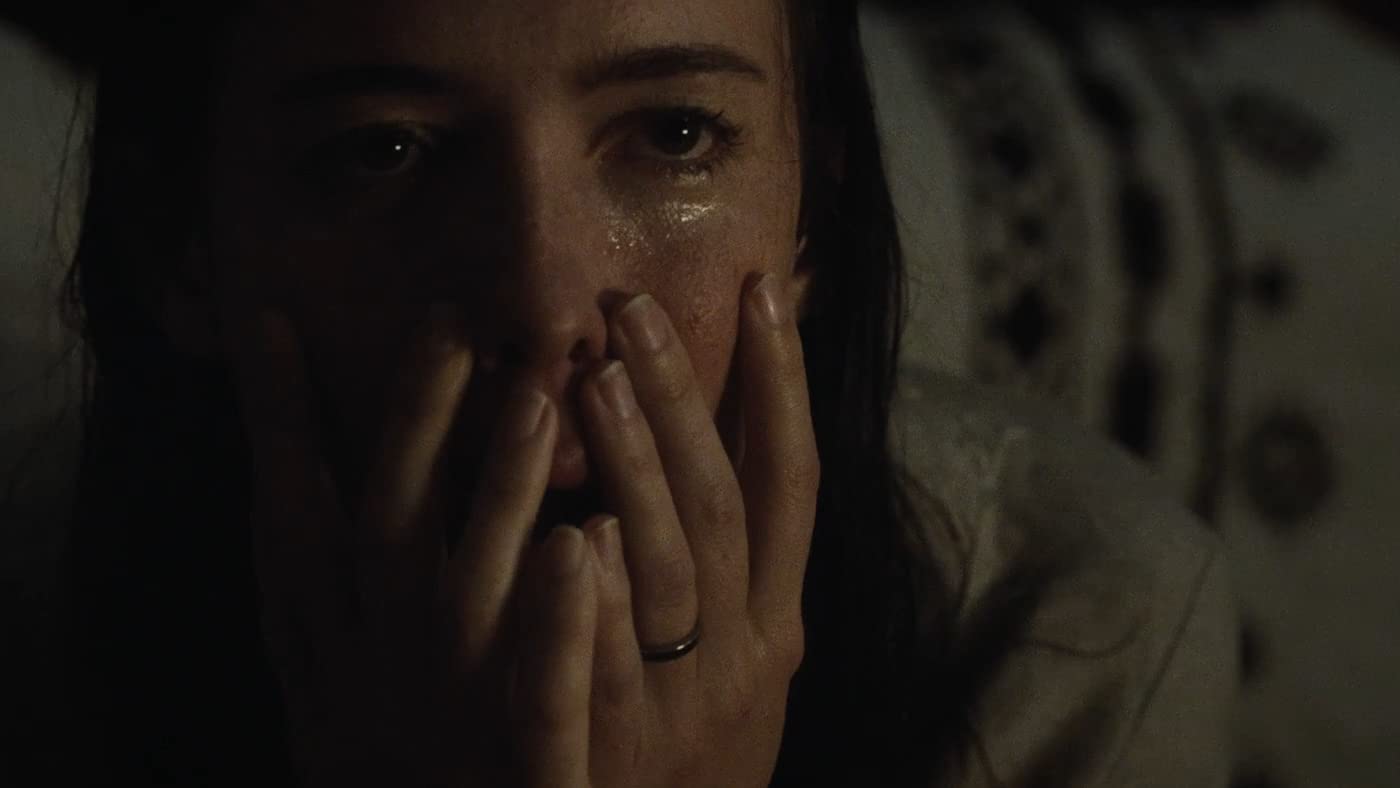 There are times when it’s difficult to judge a movie for what it is because you are distracted by the movie you think it should have been. For me, The Night House is definitely one of these films.

The Night House follows Beth (Rebecca Hall, The Town, Godzilla vs. Kong), a teacher who is reeling from the unexpected violent death of her husband Evan Jonigkeit (Tallulah). She is left alone in the lakeside home he built for her, and tries as best she can to keep it together—but then nightmares come, disturbing visions of a presence in the house calling to her, beckoning her with a ghostly allure. Against the advice of her friends, she begins digging into her husband’s belongings, yearning for answers. What she finds are secrets both strange and disturbing—a mystery she’s determined to unravel.

Director David Bruckner (The Signal, The Ritual) does a good job at keeping up the unsettling tone that’s established from the word go. The story is gruesome and disturbing, but intriguing most of the way. Hall gives an involving performance, though the rest of the cast is largely made of stock characters, from Claire (Sarah Goldberg, The Report), the blond bestie who is determined to help Beth through this, to Mel (Vondie Curtis-Hall, Die Hard 2, Romeo + Juliet) the somewhat mysterious but charming, gray-haired African-American neighbor who may or may not know more than he is letting on.

But The Night House works far better when it’s a more ambiguous, psychological mystery than when it’s going for outright supernatural horror. It could have been a truly terrifying story if it had chosen to leave more of the solution to the audience’s imaginations, leaving us to determine, or not determine, what’s really going on. That’s a movie I could have respected, but instead, it settles for wrapping itself up neatly but preposterously turning it into a campfire story that is way too grisly for tweens but pretty damn silly if you are a full-grown adult.

I have to be clear that I’m not someone who believes in the supernatural in any way, shape or form, and that does sometimes have an effect on my ability to be scared of such stories. But if you can sell me on the reality of the world that I’m watching, I can still appreciate it as fiction. The solution to the story felt like an urban legend or the Halloween episode of Quantum Leap, however, which ranks even lower on my list of favorites than the infamous “nude Hamlet” debacle, which is no small achievement.

The Night House isn’t terrible, and it’s going to work for some people. I readily admit that this isn’t my genre. But I still think it’s likely to be too smart for mainstream horror fans and too dumb for the more discerning and thoughtful ones who want a story with depth, and I don’t see it emerging as a lasting favorite for much anyone. –Patrick Gibbs