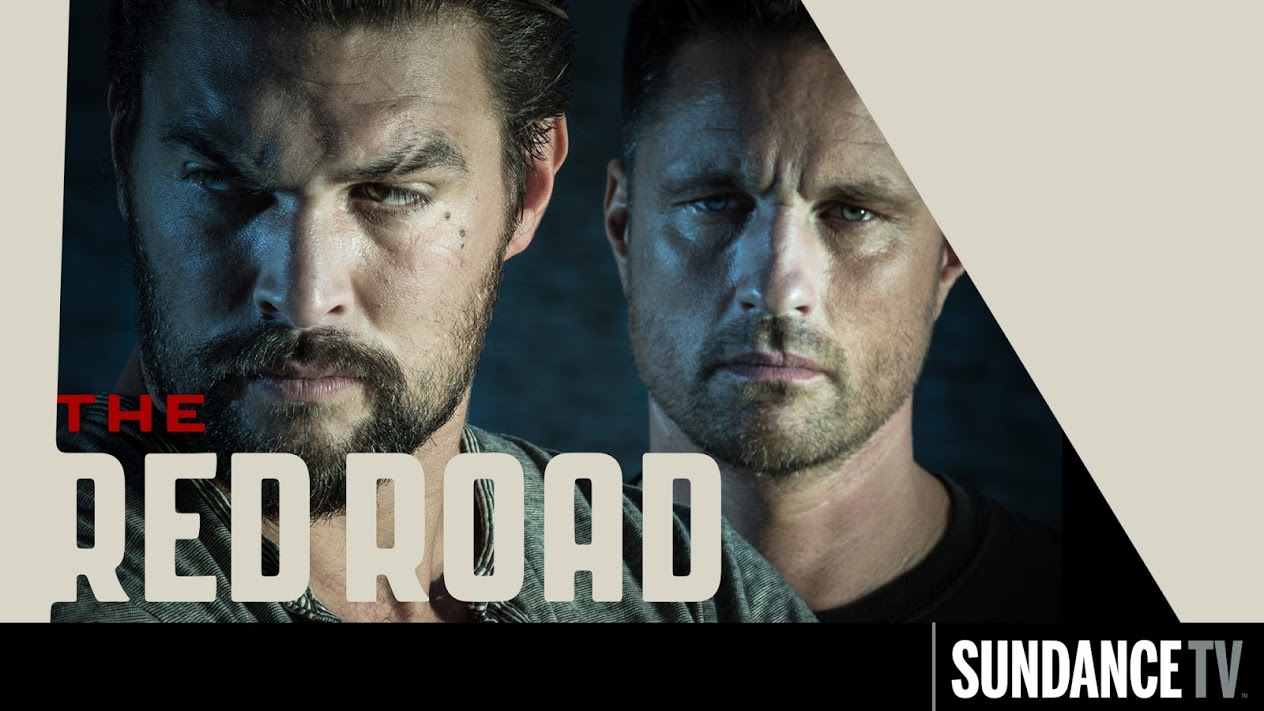 The Red Road follows two communities on different sides—white suburbia and Native America—of the cultural fence in the town of Walpole, New Jersey. Harold Jensen (Martin Henderson) is the town sheriff investigating an NYU student’s recent disappearance while supporting Jean, his recovering alcoholic wife (Julianne Nicholson), and her battle with schizophrenia. Meanwhile, Phillip Kopus, (Jason Momoa) a recently released inmate and member of the Lenape tribe, returns home to cold shoulders and old habits. Tensions within both communities flare following a fateful hit-and-run, forging a spiteful alliance between Jensen and Kopus and leading both down a path to damnation.

My first impression of the series wasn’t great. The first season’s quality had its fair share of dips and flat characters, but as it progressed, the motivations and decisions for each character made sense—save for Rachel (Allie Gonino); there are few things that make me roll my eyes than an ignorant, spoiled brat whose sole motivation is that of pursuing cute “bad boys.” It wasn’t until midway through episode three that The Red Road sank in its hooks. Momoa as Phillip Kopus is undoubtedly captivating—Kopus clearly struggles with a tattered ethical tapestry, and his path along something akin to a road to redemption intrigued me. I also loved the way Jean, Harold’s wife and resident schizophrenic, portrayed the terrifying blur between reality and hallucination. Her “visions” provided a different, slightly more deranged perspective on everyday life, and the imagery was exceptionally well-done. Season two picks up one year after the events in the first’s finale: In the fallout of a neglected Albanian drug delivery, Kopus is on parole after spending that year in jail while Harold gets promoted to lieutenant—the uneasy alliance and shared cover story really only benefitting Harold. What follows is the opportunity for both Harold and Phillip to redeem themselves while reacting to an onslaught of moral curveballs, testing themselves and everyone around them.

The End of the Road

Unfortunately, it seems support for this show wasn’t strong enough. The series’ Twitter account @ontheredroad confirmed September 11th, 2015 that this season marks the end of the series. It’s especially tragic due to the way season two ended—lives were on the line, wheels were in motion, political mischief was afoot. It’s disheartening when you actively watch a series you enjoy while it airs on television because the show could end well before its time. Sad though I may be, I can’t say I’m entirely surprised. The series didn’t really gain traction until partway through the second season. Junior and Rachel’s blooming romance teeters between enchanting and frustrating, often within the same breath. Their angst-riddled relationship constantly provokes frenzied bouts of skull massaging, an activity reserved specifically for witnessing teenage love unfold. Still, I wish I knew about this series sooner, primarily for selfish reasons: Perhaps cancellation could have been avoided had I inspired more viewers, thus enabling my habit. Given my predilection for role-playing games, though, I’ve already imagined lengthy, convoluted resolutions to the various plot threads—some of which involve alien mining corporations because why the fuck not—but I wouldn’t mind sweeping those away in favor of “respected canon” or “something remotely better” from SundanceTV or even the increasingly popular Netflix revival option.

This DVD set includes two featurettes: “Inside The Red Road” and “Sundance On Set.” Both offer sparse insight into character motivations over the course of the season, though the latter offering acts more as a promotional snippet you’d find as network filler between shows. It’s not bad; it just isn’t much. I’d prefer accompanying episode commentary, but coming from a guy that watches The Venture Bros. every year or so with commentary simply for entertainment value, I get that it’s not for everyone.

I have a hard time recommending this series only because I now know its current fate. Would you want to voluntarily invest time into something knowing full well you won’t get any resolution? Well, if someone asked me that, my response would be, “But…Firefly…” though that’s a wholly separate beast. Honestly, I think The Red Road is something worth watching: It has a gripping narrative, it’s suspenseful and wickedly dark at times, and the social commentary supplies food for thought. How do you walk along your road in life? Will you succumb to what’s easy? Or will you stand resolute against the wickedness that pervades the ambitions of your peers?