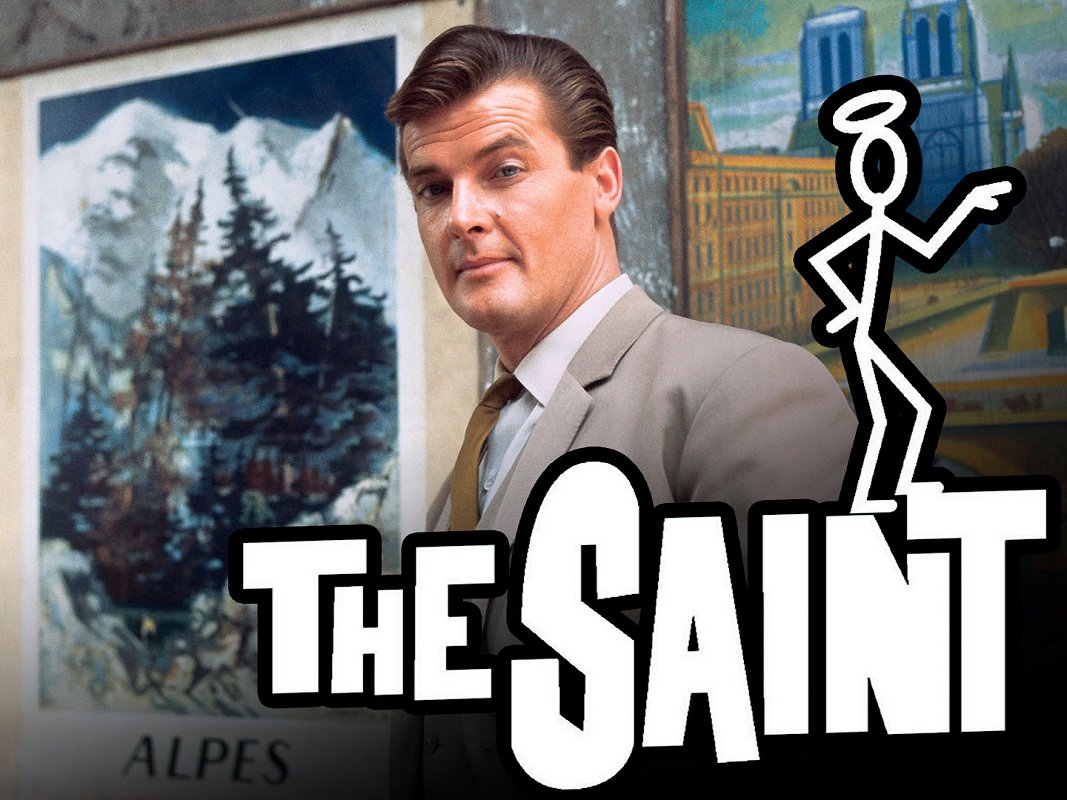 The release of The Saint Seasons 1 & 2 begs nostalgia for an age of highbrow gentlemen and pleasant intrigue. The Saint stars Roger Moore as Simon Templar (a.k.a. The Saint)—a wealthy man of mystery, charm and persuasion who has an infamous—if only alluded to—reputation that defines his authoritative role in his adventures. Each episode is set up with Templar breaking the forth wall to explain his quaint surroundings before the episode’s plot comes to a full and obvious realization. Templar is usually the center of each story and every episode is very easy to get into and can be passively enjoyed. Templar’s various adventures include solving murders, mysteries or some other sort of drama. The viewer of this series will quickly find that Templar is the only real competent individual around. This is perfect for Moore, as he usually the kind of actor who is cast as one with an ace always up his sleeve. It should not be too surprising that this is the role that that landed Moore his signature portrayal as James Bond—succeeding Sean Conroy—­­­ in 1973’s Live and Let Die.

Unfortunately, this sort of gentleman’s show is somewhat dated for a 21st century audience. The Saint’s characters are quite one-dimensional and the plots are without much depth. Still, The Saint has some worth. Simply put, that worth is summed up by the simple and yet charming elegance that Roger Moore is able to portray. He is witty and clearly charismatic—both on and off the screen. The viewer of this program will comfortably find Roger Moore’s The Saint is a character that is overly simple as he is clearly the good guy, the savior and the hero.

However, that also means the situations that viewer will find Templar in are black and white. There is no doubt who the baddie is, and the way the plots are set up, the baddie nearly always rejects the possibility of real redemption. Just like real life … not. That said, I’d imagine for the contemporary viewer it is obvious to see The Saint is unmistakably white in its character portrayal and is sympathetic to a white western status quo—even going so far as to portray minorities in clear stereotypes and subordinate, supporting roles. But never fear—such portrayals can also easily be found in today’s television shows. The real difference is that contemporary shows lack the witty charm that form the backbone of The Saint. So, at the end of the day, The Saint‘s simplicity of character may hold appeal for those seeking a less cluttered existence. After all, it’s all fantasy from an era that that issues were thought to be black and white. So, if you can appreciate dated themes of goodies vs baddies, 1960s style and, of course, Roger Moore’s swagger, this may be a fun blast from the past for you.

The Saint: Season 1 & 2 are a heavenly collection that holds 39 episodes on 10 DVD discs. It comes with behind the scenes commentary for “The Talented Husband,” “The Saint Plays With Fire,” and “Luella.” Each episode is easy to watch either attentively or as something to enjoy from afar. I would suggest pausing it if you need to walk away for a moment. While easy to follow, it’s important to witness the clear plot twists as they occur. Try and take this series with a grain of salt. Pour yourself a stiff drink, kick back, and enjoy.