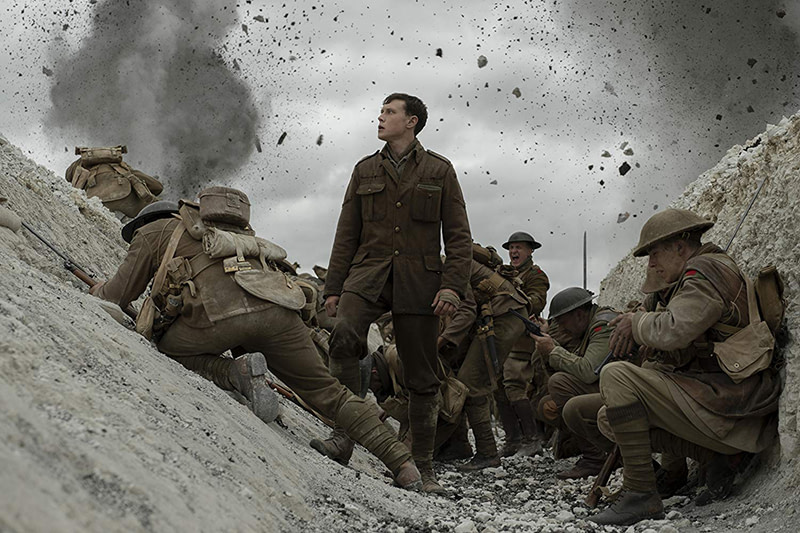 The year is coming to an end, and to quote one of my favorite Coen Brothers films, The Hudsucker Proxy, “ol’ Daddy earth is fixin’ to make one more trip round the sun.” That means that it’s time to talk about the best films of 2019, and there were a lot to choose from this year. I did a lot of arguing with myself on this one, as always (“But we worship Star Wars! If you don’t put Rise of Skywalker on that list, you are sleeping on the couch!” is something you would have heard if you had access to the voices in my head).

The mark of a good list is the quality of the films that don’t make it on there, and my honorable mentions include: Dolemite is My Name, Once Upon a Time . . .In Hollywood, Judy, How to Train Your Dragon: The Hidden World, Marriage Story, The Peanut Butter Falcon, Shazam, Blinded by the Light, Captain Marvel and Little Woods, to name just a few.

But enough with the runners-up: It’s time to unveil the best of the best, and in that spirit, I present to you my entirely subjective (alphabetical) list of the Top 11 Movies of 2019. 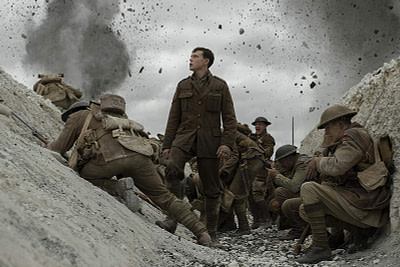 20 years after American Beauty, Sam Mendes has finally returned to Oscar frontrunner territory to give us not only one of the best films of his career, but one of the most impressive cinematic accomplishments in some time. Set in the trenches of France during WWI, 1917 follows Lance Corporals and Blake (George McKay and Dean-Charles Chapman, respectively) who are given the daunting and dangerous mission of delivering a waning message to a General that he is walking his troops into a German ambush.

This isn’t the first film be presented as one continuous shot, but it has never been done with this degree of breathtaking scope and attention to detail. 1917 is a genuine masterpiece, one that will be remembered as one of the best war films of all time. 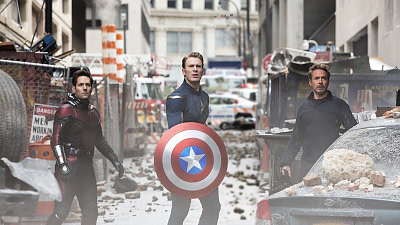 Honestly, I’m going to make some enemies here, but I was quite underwhelmed by Infinity War (Martin Scorsese and I were pretty much on the same page, or at least we would have been if he’d bothered to watch it). But Endgame exceeded not just my expectations, but my highest hopes. It was thrilling, funny, compelling and both devastatingly and triumphantly emotional.

It’s an awe-inspiring culmination of 11 years of the MCU, and whether it is cinema, an amusement park ride or—as I believe it to be—the modern-day equivalent of the great movie serials of yesteryear, such as Flash Gordon. I didn’t just love it—I loved it 3000. 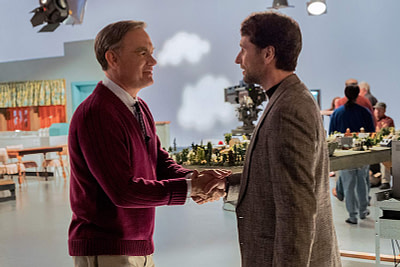 A Beautiful Day in the Neighborhood

Tom Hanks is a national treasure. Still, even as beloved as he is, it’s a daunting task for anyone to portray the almost impossibly good Fred Rogers. Director Marielle Heller brings a sensitive, low-key approach to the story of a magazine writer whose life is changed forever when he is assigned to profile Mr. Rogers.

A Beautiful Day in the Neighborhood is a film that touches the heart, but never manipulates or goes for cheap tear-jerker moments. It’s as sincere as Rogers himself, and it’s a wonderful reminder that it’s a such a good feeling to know you’re alive. 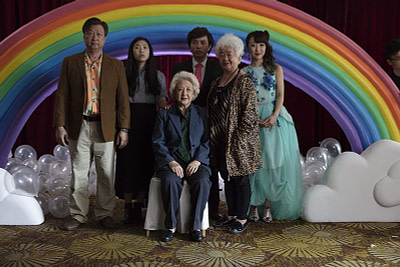 This intimate portrait of an extended family at their closet together and their furthest apart comes from director Lulu Wang, who based the film on her own true-life experience with her grandmother. When Billie (Awkwafina) learns that her beloved Nai Nai is dying, she wants to go back to China to see her and say goodbye. But the family hides the diagnosis from Nai Nai, and instead uses a phony wedding as an excuse to gather everyone together.

This premise could have easily come out as an unbearably quirky Hollywood wedding comedy, but there’s nothing forced about Wang’s approach. It’s wonderfully refreshing and real to have the dialogue jump from English to Mandarin as needed, serving not only the story but also the sense of reality. A great indie film. 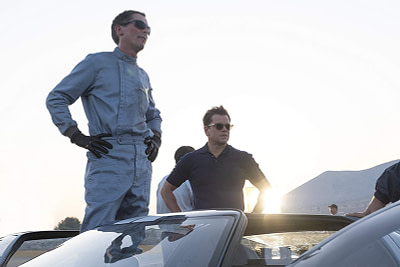 Far too often these days, I find myself becoming one of those folks who say “they just don’t make movies like they used to.” This is a movie like they used to make them. Director James Mangold (Walk the Line, Logan) is as skilled a craftsman as any working in film today, and he knows how to create compelling human drama. Christian Bale and Matt Damon make such a good on-screen pair that comparisons to Redford and Newman are inevitable, and each actor disappears into his role with ease.

Ford v. Ferrari is about as good a piece of smart, slickly made and fast-paced entertainment as one could ask for, and a welcome reminder during the present debates on the subject that a movie doesn’t have to be about superheroes and special effects to light up the big screen. 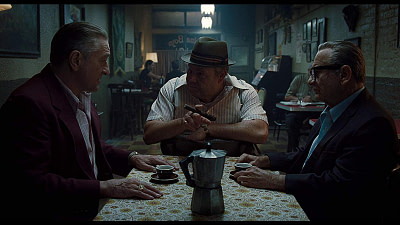 Yes, I am including both Marvel and Scorsese on my list. The great director is at the top of his game with this perfectly executed story of a mafia hitman (rimshot), who befriends and eventually murders Jimmy Hoffa. Robert De Niro, Al Pacino and Joe Pesci all appearing together in the same film, and each giving their best work in more than a decade, is reason enough to love this movie.

But it’s the introspective sense of melancholy that got me most of all, and the moving portrayal of the aching loneliness inherent in a life lived behind the barrel of a gun. It’s masterclass in filmmaking from one of the greatest artists to ever step behind a camera. 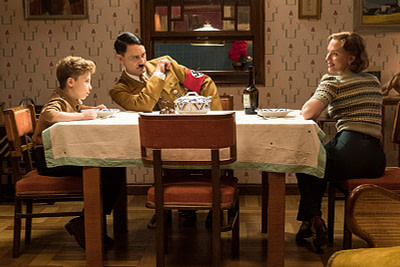 If someone had told me a couple of years ago that there was a great film to be made that combined The Diary of Anne Frank with Calvin & Hobbes, I would have laughed in their face. But writer-director Taika Waititi (Hunt for The Wilderpeople, Thor: Ragnarök) has done just that, creating a brilliant satire with a heart of gold.

Johannes, aka Jojo (Roman Griffin Davis) is a 10-year-old boy in the Hitler Youth who hangs out with an imaginary friend version of der Führer himself, while his mother (Scarlet Johansson, in an Oscar-worthy performance) secretly hides a Jewish girl in the house. Hilarious, absurd, heartbreaking and profound, Jojo Rabbit is nothing short of a masterpiece, and a movie to be celebrated and treasured for generations to come. 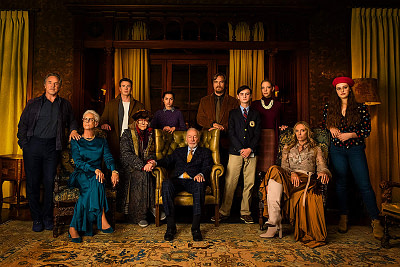 It’s no mystery why this delightful whodunnit earns a place on my list. This clever concoction not only tells a great story, but also serves as a biting response to all of those anti-PC fanboys who declared war on The Last Jedi and accused Rian Johnson of ruining Star Wars with what they perceived as an SJW take on the material that somehow “disrespected the fans” by being an inclusive, thought-provoking and intellectually engaging film.

Johnson’s film isn’t just an homage to Agatha Christie—it’s a searing indictment of class divisions and the ways we think and behave in the internet era, and also how we pat ourselves on the back for our enlightenment and tolerance as long as we can be confident that we are still the alphas. Funny, suspenseful and timely, Knives Out is an expertly crafted comedy thriller full of crowd-pleasing performances and deeply insightful social commentary. 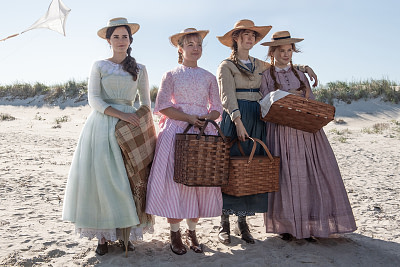 Greta Gerwig’s Lady Bird is one of my favorite films in recent memory, but I still found myself a bit skeptical that anyone could match the greatness of Gillian Armstrong’s 1994 version of Louisa May Alcott’s classic novel.  But if anything, Gerwig and her exceptional cast exceed it, breathing an exhilarating new life into the timeless tale. Soairse Ronan’s Jo March is the deepest version of the classic character ever put on film.

Gerwig adds a fresh coat of feminism without ever stepping out of the time period, and Florence Pugh gives a truly inspired performance as Amy, the youngest of the sisters. It’s easy to get tired of hearing critics falling all over themselves in praising  Timothée Chalamet, but I defy anyone to see him as Laurie and not understand what all of the fuss is about. To put it simply, Little Women is the best Christmas gift that moviegoers will receive this season. 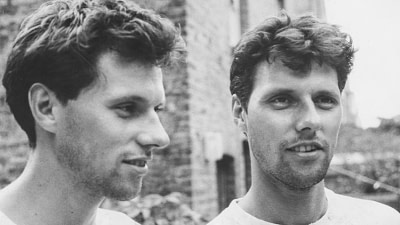 Tell Me Who I Am

This riveting documentary chronicles the strange tale of twin brothers Marcus and Alex Lewis.  In 1982, Alex was in a motorcycle accident that left him with severe amnesia: The only thing he remembered or recognized was his twin brother, Marcus, who helped Alex rebuild his memories and his identity . . .  or did he? The shocking discovery that they been sexually abused by their mother led to the realization that the life memories Marcus had given to Alex were not of the life they lived, but of the life that Marcus felt his brother deserved.

Director Ed Perkins approaches the subject matter with a combination of admirable sensitivity and brutal honesty. I’ll admit that being a twin myself undoubtedly heightened the emotional impact of this film, but you don’t have to be one to be moved by this unforgettable tale of survival and love.

Toy Story is the series that defies all the rules, and a fourth chapter that legitimately belongs on a list like this may never have been done before. There was no other film in 2019 that had me laughing until I literally almost passed out, and the humor was more than equaled by its heart.

The story of Forky’s entry into the world of being a kid’s special to (and Woody’s exit from that world) was nothing short of profound, and it is one of the best films ever to study the question of finding your elusive purpose once your own child has moved out. Toy Story 4 ranks among Pixar’s most grown up movies, while still being more than suitable entertainment for children.