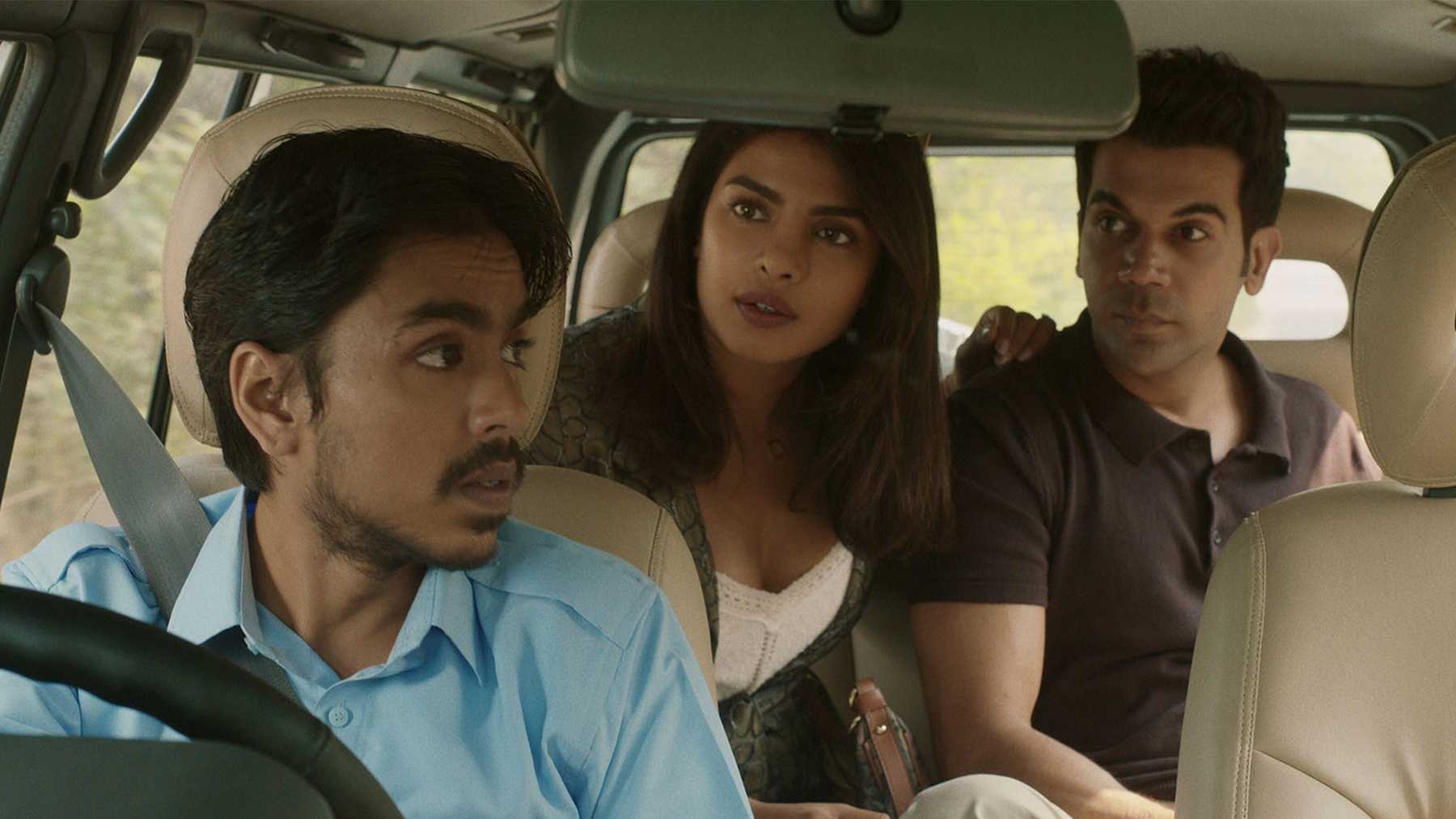 I know what you’re thinking, and no, the new Netflix film The White Tiger has nothing to do with Joe Exotic, or the late Seigfried and Roy. It’s something else entirely. I would never have expected to be saying of a film that “it’s kind of like Slumdog Millionaire and Remains of The Day if you put them together and had Martin Scorsese direct it,” and I certainly wouldn’t have expected to mean that as a compliment. But that’s exactly how I would describe The White Tiger, and I couldn’t possibly be saying that with more enthusiasm.

An adaptation of the best-selling novel by Aravind Adiga, The White Tiger tells the story of Balram Halwai (Adarsh Gourav, Die Trying), who narrates the tale of his rise from poor villager to successful entrepreneur in modern India. The cunning and ambitious young man jockeys his way into becoming a driver for Ashok (Rajkummar Rao, Newton, Chhalaaang) and Pinky (Priyanka Chopra-Jonas, The Sky is Pink, Baywatch and the upcoming fourth Matrix film), who have just returned from New York. Balram has been conditioned by society and his family to believe he can only be one thing—a servant—so he works tirelessly to make himself indispensable to his rich masters and to endear himself to them. But after a stunning betrayal, he realizes the corrupt lengths that they will go to in order to save themselves and that his value to them can take any form that they choose.

Screenwriter-director Ramin Bahrani (Chop Shop, Goodbye Solo) approaches the material with a deceptively light touch, reeling you in with the promise of a pleasant and inspiring tale of a boy from a small village making it big, only to let the cynicism of the world around his protagonist slowly take hold and seep into him. But what makes The White Tiger such a fascinating tale is that it takes a shattered view of everyone else for Balram to consider his own worth and the worth of others of his station, and to develop a desire to rise above what his class status dictates for him.

But while the question of whether his masters are better than him or whether he deserves to be, and can be, better than them, hangs over Balram’s complex ponderings, as are the matter of the way things are versus how they should be. The simple question of right and wrong is generally pushed into the background as immaterial because it’s not relevant to the matter at hand: survival.

Gourav is captivating as Balram, whether it’s the quiet, humble and unassuming version or the angry but deeply charismatic incarnation. I really want to call it a “star-making performance,” but my own cynicism leads me to wonder if he’ll ever get another role as good as this one in a mainstream film aimed at Western audiences. Rao is a great presence as the master that Balram follows like a dog, and Chopra-Jonas lights up the screen with both her beauty and the sophistication of her character. She’s easily the most likable major player in the story, though even she is not without flaws.

The stamp of Executive Producer Ava DuVernay (Selma, When The See Us) is all over The White Tiger, and it’s a hard-hitting fable about injustice and making your way in a world that was designed to keep you down. It wisely presents more questions than it tries to answer and leaves you to ponder whether there are any straightforward solutions. It’s an introspective look at greatness versus goodness and the vast differences between a prosperous life and a prosperous spirit. I had no idea what I was getting into with this film, and it was a rare and deeply rewarding surprise. –Patrick Gibbs