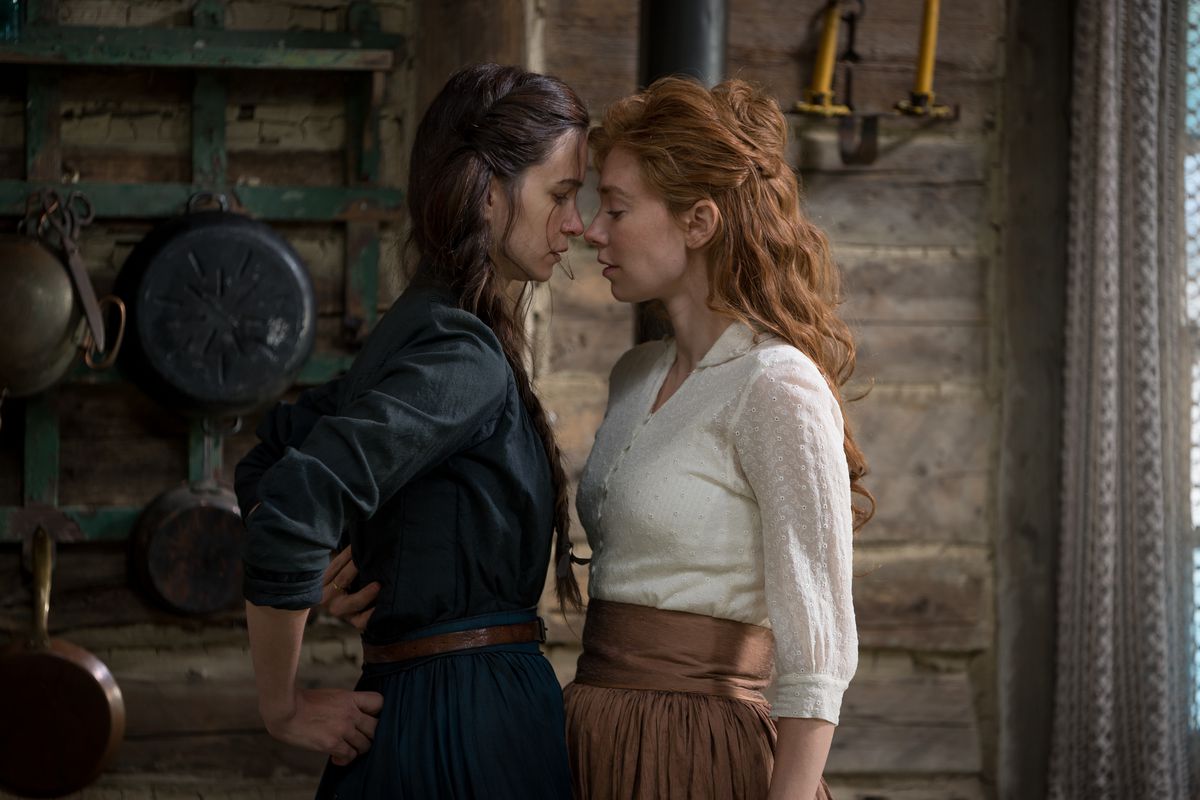 Film Review: The World To Come

This past year has brought us a number of same-sex love stories, including The Half of It, The Boys in the Band, Uncle Frank and Happiest Season, and we can now add director Mona Fastvold’s The World to Come to that list. While it’s not the best of the lot, it’s certainly a welcome addition to an increasingly prolific genre.

In 18th-century upstate New York, Abigail (Katherine Waterston, Fantastic Beasts and Where To Find Them) is living a lonely, hard existence marked by grief over the loss of her 4-year-old daughter to diphtheria. Abigail is beaten down by her despair, the drudgery of rural life and the burden of having her husband portrayed by Casey Affleck. She is able to put voice to her feelings only on the page, as she bares her soul to her diary and longs for a more fulfilling existence. But with the arrival of spring comes new neighbors, Tallie (Vanessa Kirby, Pieces of a Woman) and her husband, Finney (Christopher Abbott, On The Count of Three). When Tallie comes over for a visit, the two women form an almost instant connection, which blossoms into a fast friendship that breathes new life into Abigail. Before long, the friendship evolves into an almost obsessive love affair.

The World To Come is adapted from a story by Jim Shepard, who co-wrote the screenplay along with Ron Hansen. It’s a well-crafted script, but Fastvold (The Sleepwalkers) raises it up a notch with her assured direction, painting a bleak and harsh picture of frontier life and subtly introducing elements of beauty once Tallie arrives. Waterston is a highly underrated actress, and her performance is quietly mesmerizing, while Kirby perfectly embodies everything that Tallie represents. Affleck makes Abigail’s bitter but not uncaring husband a surprisingly sympathetic figure, and one of the most intriguing aspects of the story is the refusal to paint either of them as the villain in a failed marriage. Abbott’s Finney is drawn with a great deal less sympathy, and he is gripping as the increasingly angry husband who feels wronged by his wife. The character could have easily been a snarling jackal in lesser hands, but Abbott is a phenomenally engaging actor whose performances tend to be deeply rooted in truth. For me, his commitment to that ultimately holds the film together and stops it from slipping into melodrama.

The inevitable comparison for The World to Come is Ammonite—which a well-acted and beautifully shot film—but the characters here are far more intriguing. While this film does feature one frank sex scene, it’s far less exploitative than the seemingly endless and indulgent sequences in Ammonite, which was ultimately more about intense attraction than romance. Still, I felt that The World To Come had room to go deeper, and I was never as completely engaged in it as I wanted to be.

I would stop short of characterizing The World To Come as a great film—certainly not one for the ages, but it’s an artfully made feminist character study that nicely captures life at a time when women and men were both put into rigidly defined roles. The film explores the question of how one deals with the realities of life versus the expectations of what it’s supposed to be. It’s a thoughtful, if slow moving, film with a strong sense of atmosphere. For those with an affinity for period romances, it’s definitely worth a look. –Patrick Gibbs