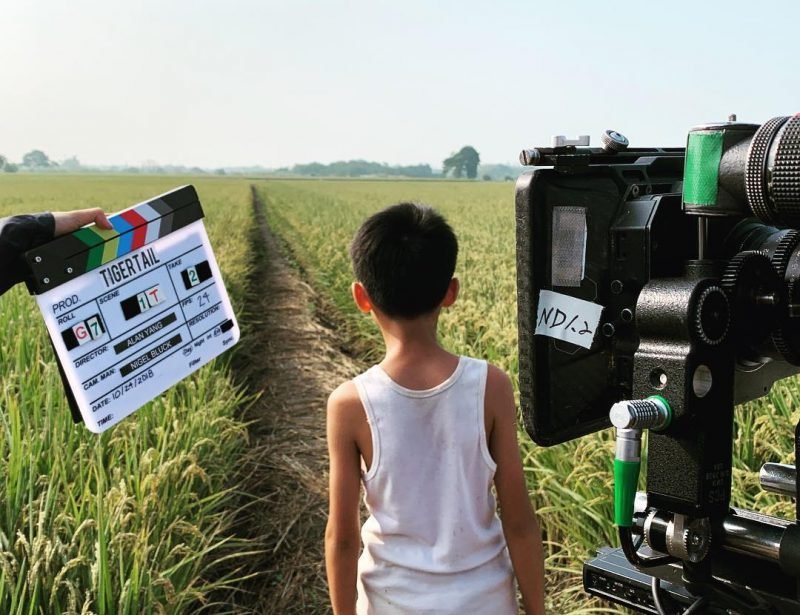 Life is a journey, and we are so often caught up in where we think we should be going that we don’t appreciate where we are. Ok, that may sound like a particularly wordy fortune cookie, but that doesn’t mean it’s not true. Alan Yang’s intimate, multi-generational drama Tigertail is a story about the paths that we walk, where they lead and the regrets that we feel over the wrong turns we take.

Pin-Jui (Lee Hong-Chi) is a poor but spirited young Taiwanese factory worker who has nothing except for his beloved mother and his inseparable childhood best friend—a girl who has blossomed into a beautiful young woman and whom Pin-Jui passionately adores. But when an opportunity arises for him to go to America to start a new life and make something of himself through an arranged marriage, Pin-Jui makes a decision that sets him on a road to a completely different life.

The film proceeds to cut back and forth between his youth and his golden years. Decades of monotonous and meaningless work, combined with a loveless marriage, have left Pin-Jui (who is now known by his American name, Grover, and played by Tzi Ma) a shell of the man he once was and without a direction in which to go. He is unable to connect with his daughter Angela (Christine Ko), and spends his retirement in isolation and despair. But as he looks back on his life and the person he used to be, he slowly begins to retrace his path and find a new direction.

Tigertail is a thoughtful and solemn character study full of sorrow and regret, but it’s also a tender story about the precious connections we form in life and the freedom that comes from opening our hearts to each other and ourselves. Tzi Ma, a magnificent actor who gave a woefully underrated supporting performance in The Farewell, is gripping and poignant in the leading role. It’s not always easy to like this character, but it’s equally hard not to care about him, and the damaged relationship between a father and daughter who are more alike than they dare to admit is beautifully and touchingly honest.

Writer-director Alan Yang, who is best known for his work on sitcoms such as Parks & Recreation and Master of None, approaches this melancholy human drama with skill and sensitivity.  Cinematographer Nigel Bluck has captured some gorgeous imagery, and this deliberately paced story is quietly and utterly captivating.

If you can find the time to binge-watch a certain other Netflix offering with the word “Tiger” in the title and catch up on big Hollywood releases spectacles such as Bad Boys For Life, you may find this small but meaningful film to be a great deal more satisfying.  –Patrick Gibbs