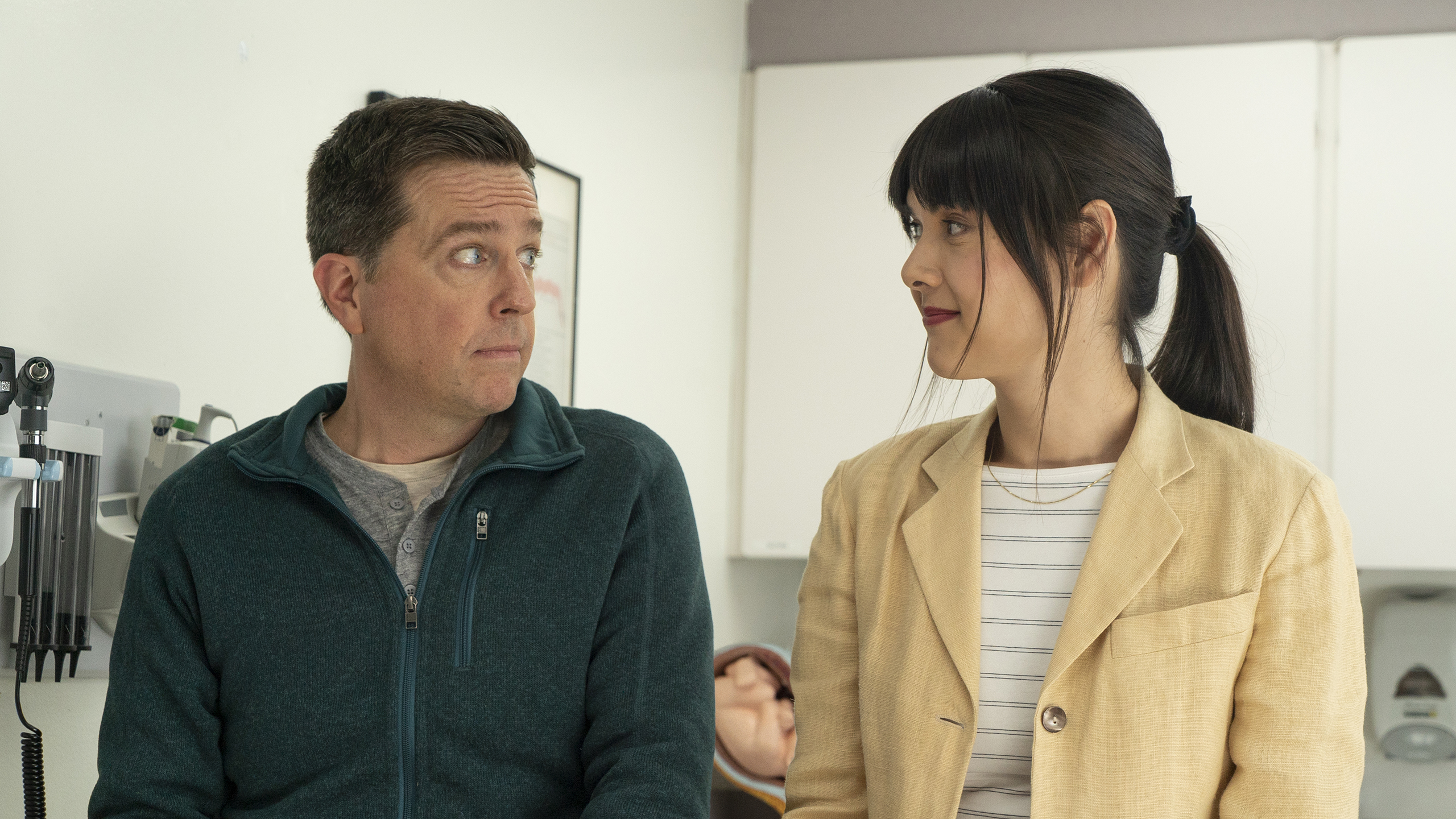 Sundance Film Review: Together Together

Together Together
Director: Nikole Beckwith

I’ve been a fan of Ed Helms since his early days on The Office, and I predicted that he’d be a movie star pretty quickly. Unfortunately, literally the only film he’s been in that I’ve liked is The Lorax, and while I thought he was fantastic in it, since then he’s reached a point where his mere presence in a movie screams out “Abandon All Hope, Ye Who Enter Here.” It’s not that he’s become a lesser actor, he’s just been stuck in a really lousy niche. I entered in to Together Together with trepidation, but with my fingers crossed and my eyes closed, although I did open them once the movie started playing.

Together Together opens by introducing Anna (Patti Harrison, A Simple Favor, Search Party), a 26-year-old woman who is interviewing to be a gestational surrogate for a single, middle-aged app designer named Matt (Helms) She enters the job with the expectation of only a transactional bit of good karma and the payday that will allow her to finish her college degree. But as Matt’s unbridled enthusiasm for impending parenthood leads him to persistently insert himself into her life and invite her into his, the initially annoyed Anna finds herself reluctantly charmed. As the two work toward a successfully pregnancy for everyone involved, these self-described loners gradually open up to each other, give in to the intimacy of their admittedly finite shared experience and forge an deep, hard-to-define friendship.

Writer-director Nikole Beckwith (Stockholm, Pennsylvania) resists all of the obvious and conventional directions this story could have gone in, and as a result, Together Together is a fresh, sophisticated and surprisingly sweet film about two people going it alone but doing it with someone by their side every step of the way, and it’s a daringly original, platonic romcom that is both joyful and melancholy. The script is funny and gentle, and it lets us laugh with Matt and Anna, never at them. Helms and Harrison have great chemistry, and Beckwith makes the audience fall in love with the characters in a way that is low key and natural, getting your mind and your emotions building as it plays out but never trying to artificially manipulate your feelings. Matt’s sensitivity and caring for Anna is charming and incredibly endearing, and the more we get to know Anna the more we respect her but also realize just how much younger she is, and Beckwith and Harrison give the audience the highly unusual treat of leaving us to come to our own conclusions about what she is feeling.

If there’s one element that I felt frustrating unoriginal to me, it was Julio Torres‘ sassy gay co-worker character, who clashes with rest of the movie by being a stock character who is never allowed to break out of the two-dimensional realm. It’s a solid enough performance with a few amusing lines, but it’s element of pandering to stereotypes to tropes in a film that so consistently avoids them everywhere else.

Still, Together Together is a breath of fresh air that stands out as something special, and invites the audience to become part of a unique and very memorable character relationship. –Patrick Gibbs