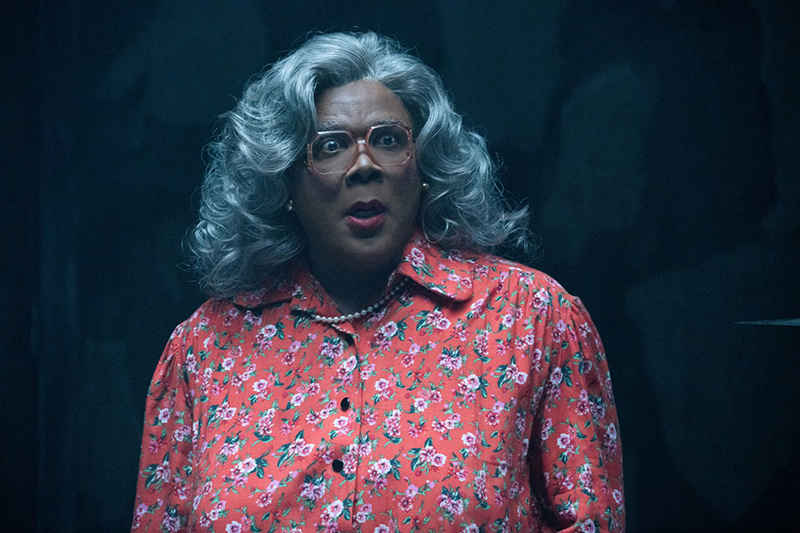 I have a weird relationship with someone who has brought thousands of jobs and opportunities to my hometown and also makes some of the worst movies in modern-day history. I truly tip my hat to Tyler Perry. I grew up in Atlanta, and the man has changed the way the film industry operates. With that said, it appears he relies on quantity rather than quality. The majority of his films have a $5–20 million dollar budget, and he’ll secure more than four times that with the box office, so, business-wise, he’s a genius. In this round of ridiculousness, Madea (Perry) and friends deal with a haunted lake as college kids run from chainsaw-wielding maniacs and knife-thrashing killers. It has been noted that the film was given an R-rating on multiple occasions for its language, and, upon witnessing this fiasco, the overdubs of said language are as subtle as a hammer to the head. Why not just go for an adult experience? In the 100-minute running time, I think I chuckled once, and the rest of the audience probably giggled three more times than I did. I believe Perry has a comedy mindset, but if he doesn’t have to try too hard to make a profit, why do the extra work? It reminds me of Adam Sandler. At one point, he delivered watchable productions, but once he figured out that projects like Mr. Deeds and Pixels would still increase his bank account numbers, why try anymore? It’s a sad story from an outside perspective, but if I could make millions of dollars for making unenthusiastic and immature fart jokes, I’d probably jump in that conga line, too. –Jimmy Martin