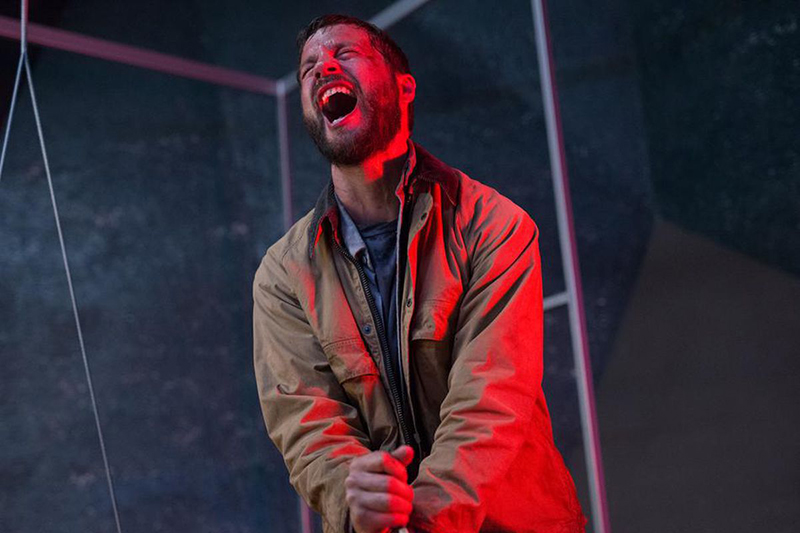 Every year, there are always one or two independent films that make their rounds on the festival circuit, generating buzz that continues to grow until it finally reaches the masses with a wide theatrical release. Such is the case with director Leigh Whannell’s ultra-violent mystery thriller that follows small-time mechanic Grey Trace (Logan Marshall-Green) as he seeks revenge for the untimely death of his wife. After being mugged in the streets in the not-too-distant future by a gang of unknown assailants with his wife murdered, Grey is left for dead as a quadriplegic. Feeling hopeless and wishing to end his life sooner than later, Grey is approached by technological genius eccentric billionaire Eron Keen (Harrison Gilbertson) and given the opportunity to implant his latest creation, Stem, into his body and restore his body to its previous state … and then some. With a plethora of advanced know-how now at his fingertips, Grey has become the ultimate weapon and the key to solving the secret of his wife’s murder.

Everything from the lighting and the cinematography to the comedic beats and over-the-top violence makes this project stand out among the 2018 releases so far. It has been a long time since a film has made me scream out in horror multiple times from the display of sheer viciousness on the screen. Director Whannell places the viewers in Grey’s shoes and makes them question their own morals with a “What would you do in this situation?” style of filmmaking. Would you take the lawful path and direct all inquiries to local law enforcement, or would you take the matter into your own hands and cover them in blood? After witnessing this whodunit unravel once, my wife and I were ready to immediately ride this rollercoaster again. It’s refreshing to watch something that won’t be immediately slapped onto a lunchbox or backpack. If you’re nervous or excited about the upcoming Venom film, check out this wild futuristic production. The lead looks identical to Tom Hardy, and there’s a sinister internal foreign monologue controlling the host’s every movement. It’s stylistic, humorous and absolutely out of control! –Jimmy Martin