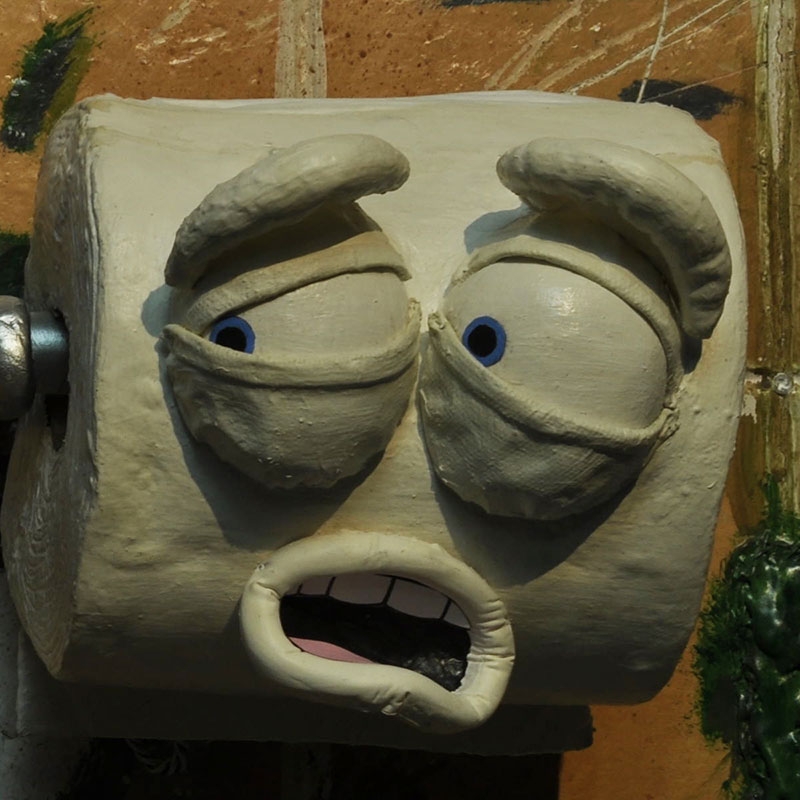 Over the past thirteen years, the Fear No Film program has become a serious opportunity for independent filmmakers to showcase their work. This year, each set of films thematically explores the different impulses that exist within us all, making this set of films especially resonant. It’s a comforting thought knowing that people from all over the world share the same insecurities, passions and dreams. Of the film blocks that I managed to check out, here are the ones that best encapsulated their respective category.

After watching the films in this category, it became evident that they were trying to pull some kind of response from the audience. Some of the best films are able to alter the way their audience perceives a certain issue—or, at the very least, make us feel uncomfortable in some way. The films listed here succeed on both counts.

I always perk up a little bit when I see that an animated film has made the cut, and this film about a determined roll of toilet paper definitely had me feeling some complex emotions. The film’s animators have built a truly nightmarish public bathroom—the kind of place that sends you on your way to greener pastures no matter how badly you have to void your bladder. When our protagonist gets attached to the toilet paper roll, he exchanges some spirit-breaking conversations with his predecessor, the toilet itself and a sarcastic plunger. The unique style of the film’s animation made this one stand out, and it will change the way you think about that roll of toilet paper hanging out in your bathroom.

Fashion to Die For

One of the most important things a documentary can do is to raise awareness for a problem that news outlets don’t cover. In Fashion to Die For, Lynn Estomin arranges footage of Bangladeshi garment workers along with the alarming statistics regarding the danger of their jobs. The footage is equal parts beautiful and alarming, especially when presented with the amount of workers who have died or been injured while making clothing for American, European and Canadian clothing companies. It’s tough to swallow the fact that someone may have been hurt or killed in order for us to have a new pair of jeans.

Short horror films are tricky to pull off, but Anthony Lund’s dastardly little tale of a boy and the monster under his bed manages to be suspenseful and darkly comic all at the same time.

This category featured films that were used specifically as a vehicle for the filmmaker’s voice or artistic style. As individual style was emphasized, this was perhaps the most diverse category. The genres ranged from documentaries to music videos to animation.

Not Anymore: A Story of Revolution

“Why should I die cheap?” Asks Nour Kelze, a former English teacher who, at age twenty-four, has found herself in the middle of the civil war that is currently ravaging Syria. She’s seen her friends die in the streets and her city reduced to rubble as a result of the massive conflict that has all but destroyed her country. As this is a major world event that most of the public generally knows little or nothing about, this documentary might be the most important film of the festival.

There’s something Lynchian in the DNA of this surreal film about two people wandering through Amsterdam. Together they encounter everything from lost marching band drummers to beached men wearing sharkfins. It’s the type of film that urges you to switch off your analysis button and just enjoy the weird ride.

Sometimes, our most basic impulses create the most complications within our lives. The films in this category approach our need for basic necessities of life—especially that of being loved.

It’s not often that you see a short film that successfully illustrates the passage of time. In Birthday, we see the story of a military veteran and multiple amputee as he readjusts to his new life. The film succeeds because of Mandy Moody and Chris Gouchoe—their onscreen chemistry captures every stage of their relationship. Along with the thoughtful editing, this film told a believable story that had its own kind of gravity.

I’m a sucker for films that explore the relationship between humans and animals, even if they’re gut-wrenchingly sad. This is a quiet little film for anyone who has ever loved an animal.

Another animated gem, Impasse has the feel of a Sergio Leone western and it’s fun to watch how the film’s dark tone quickly becomes comical.

The film festival also has a series of films for kids that will be screened in the Art Yard from noon to 8 pm. Based on my experience with this year’s lineup, it’s definitely possible for films to be both kid-friendly and devoid of fart jokes.

With its captivating, origami-like animation, Butterfly Hunter is one of those films that completely immerses the viewer in its world. It tells the story of an aging butterfly hunter who has noticed a lack of butterflies since his environment has become more urbanized. When he finally discovers a butterfly refuge, he turns from hunter to protector as he sees the terror and hardship that plagues a butterfly during each stage of its development. It’s beautiful to watch, and it offers a new perspective into the harsh world of insect life.

In addition to their regularly scheduled screenings, the Fear No Film Festival selects a group of locally-made films to participate in their annual short film competition. After the audience screens each film, they’re asked to vote for their favorites. While all of these films represent some serious filmmaking skills, the prize is going to come down to the following entries:

In what feels like the first straight-faced, gritty crime drama that is set and filmed in Utah, Wildlife packs a surprising amount of punch into its half-hour runtime. While the short runtime neglected some of the parallel storylines, U of U alum Whit Herford has absolutely thrown himself into this film. Both the screenplay that he wrote and his performance as the main character revealed an impressive understanding of the filmmaking craft. Possum Mutz (Herford) has lived his whole life in a miasma of abuse. Indeed, the film’s opening scene manages to make us feel the years of nightmarish life that Mutz has endured. On his birthday, we see that Mutz is more than just an abused outcast, as his friends attempt to put him on a path that leads away from his terrible life. This definitely feels like the seed of a full-length film. Herford has created a cast of characters whom I wouldn’t mind spending a little more time with.

When the documentary Transmormon took the audience prize at last year’s competition, it proved that local audiences liked alternative looks into Utah’s LDS culture. Return With Honor looks to have been cut from the same cloth. In Madi Palmer’s documentary, she delves into the negative social stigmas that are often applied to missionaries who return home from their missions early. Through interviews with returned missionaries, their families and ward leadership, the documentary keeps things objective by looking at the positive and negative sides of each story. It’s well-crafted, culturally relevant and engaging to watch, which might give it an edge in this year’s competition.

The Fear No Film Festival will be running during all four days of the Arts Festival. Screenings are free and will take place in the Library Auditorium. For a full schedule, check out uaf.org.
Photos: