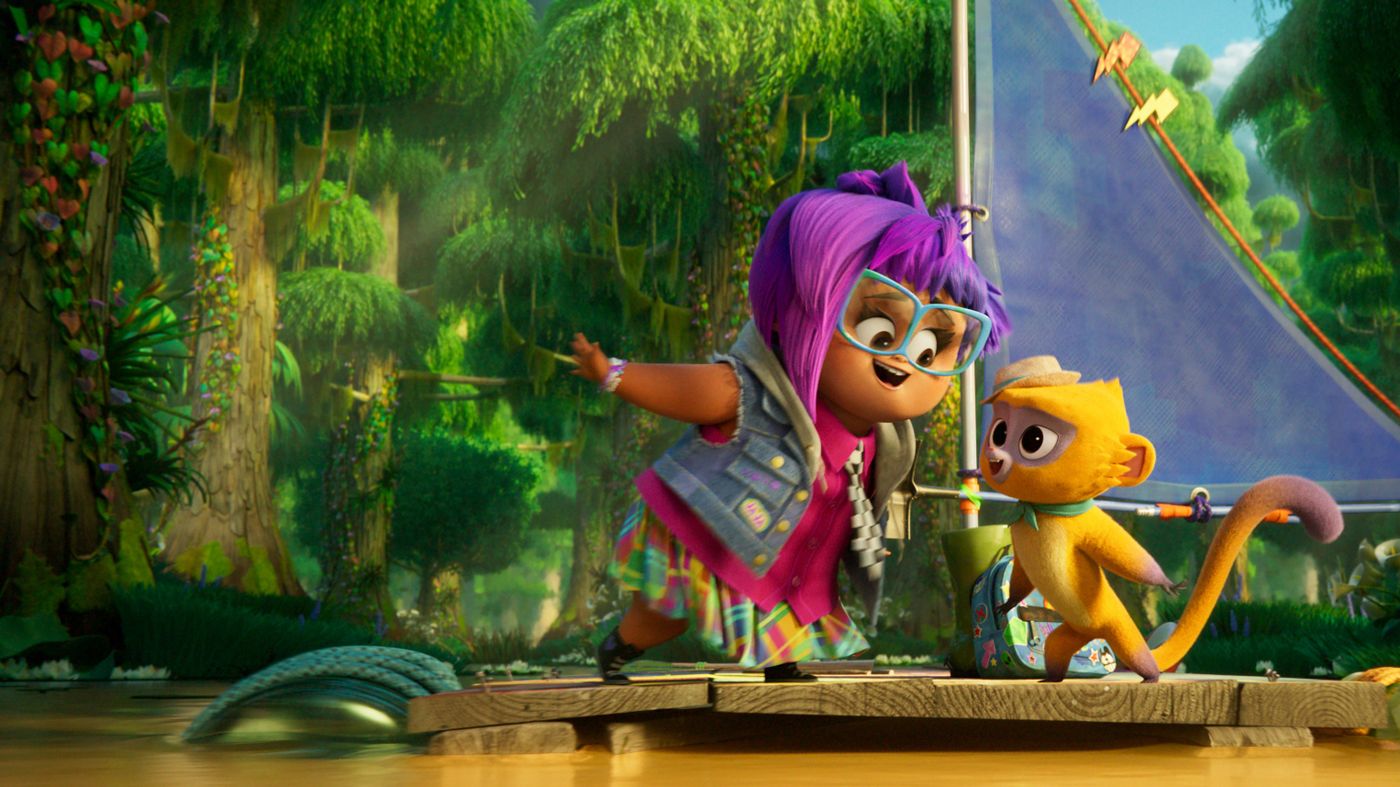 Photo courtesy of Sony Pictures Animation and One Cool Films

Sony Pictures Animation and One Cool Films
Streaming on Netflix 08.06

There are definitely two types of people when it comes to Lin-Manuel Miranda: those who can’t get enough of him, and those who feel he’s getting way too overexposed. And while Vivo, his new animated musical, appeals to me because I fall more into the former category, I can’t entirely dismiss the latter.

Vivo is a one-of-kind kinkajou (aka rainforest “honey bear”) voiced by Miranda. He spends his days in Havana playing music to the crowds in a lively square with his beloved owner Andrés (Juan de Marcos González). Though they may not speak the same language, Vivo and Andrés are the perfect duo through their common love of music.

But when tragedy strikes shortly after Andrés receives a letter from the famous Marta Sandoval (Gloria Estefan), inviting her old partner to her farewell concert with the hope of reconnecting, it’s up to Vivo to deliver a message that Andrés never could: a love letter to Marta written long ago, in the form of a song. Yet in order to get to Marta, who lives a world apart, Vivo will need the help of Gabi (Ynairaly Simo, Creative Galaxy), an energetic tween to fulfill his owner’s wishes.

Vivo reteams Miranda and Quiara Alegría Hudes, who wrote the script for both the stage and screen versions of In The Heights. It’s a great gift for fans of that musical who want to be able to share that love with their younger children. It’s also a breakthrough in representation for this film-industry market, as it’s hard to think of many live-action films that are based so heavily around Afro-Hispanic characters, much less animated ones, and even In The Heights received a backlash for lack of representation of this community.

Director Kirk DeMicco (The Croods) and co-director Brandon Jeffords keep things colorful and energetic, using multiple styles of animation. Miranda is terrific in the title role, overflowing with personality and enthusiasm, and the moments he shares with González, best known for his work with Buena Vista Social Club, are magical and beyond charming. Simo is both annoying and lovable as Gabi, often at the same time, and that’s the point of the character. Zoe Saldana (Star Trek, Avatar) is a big plus as her mother, Rosa, and Brian Tyree Henry and Michael Rooker are a lot of fun in cameo appearances.

The songs aren’t Miranda’s best work, but they are fun and catchy. In the case of Gabi’s theme, “I Bounce To The Beat of My Own Drum,” that’s not entirely a welcome thing, though it’s an effective artistic choice, and Estefan’s big number at the end of the film is magnificent. In terms of the story, it feels nitpicky in a movie aimed at young audiences to harp on the plot hole of how, exactly, these characters are so easily traveling from Cuba to Miami and vice versa, but such geopolitical issues are probably best left out of this kind of film.

Vivo comes in a year when we’ve already had a number of truly great animated films. It may not rank up there with the very best, but it’s a delightful experience that I will watch multiple times, and it’s great family fun that’s filled with positive messages and a lot of energy. It’s a great way to spend some quality family time this weekend, and it gets an enthusiastic recommendation from me. –Patrick Gibbs