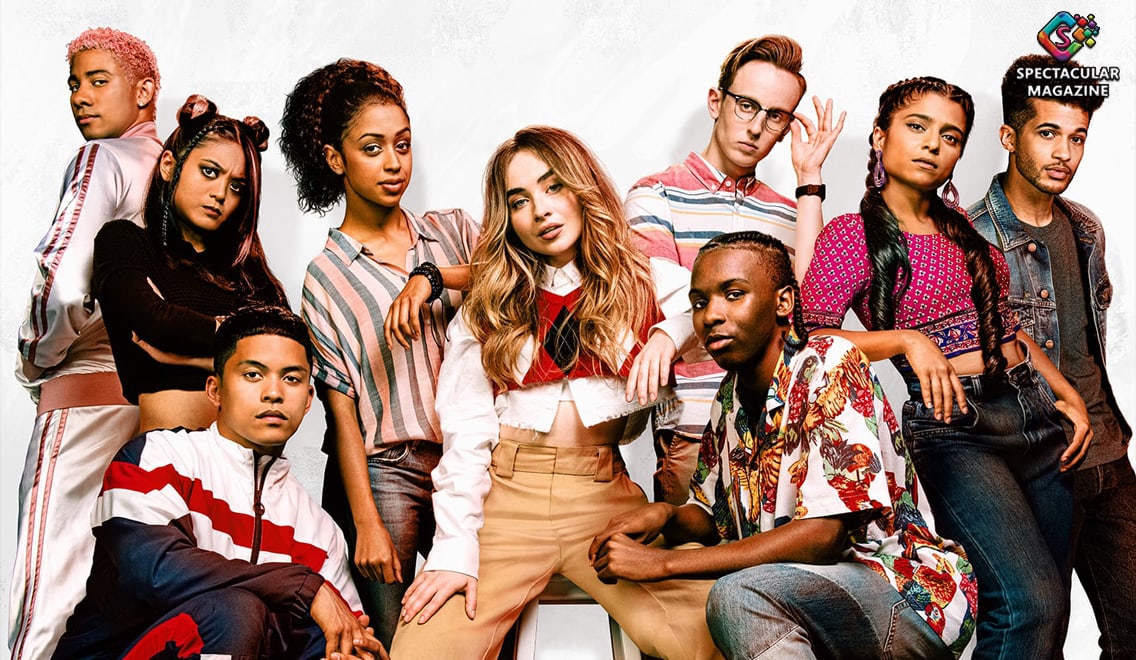 I am not a film snob.

It can seem that way sometimes, and I certainly can get into some rather arty and serious-minded cinema. It comes with the territory when you’re a passionate cinephile, and certainly when you are a critic, that on occasion you get accused of being a pretentious snob who is incapable of enjoying a turn-off-your-brain popcorn flick, and I’ve definitely been told these things on occasion. As such, I make a point of keeping a list of the silliest, fluffiest and frankly the stupidest movies I have thoroughly enjoyed in order to disprove this myth. And I’d like to thank Netflix for adding Work It to that dubious list.

High School senior Quinn Ackerman (Sabrina Carpenter) wants nothing more than to attend her late father’s Alma Mater, Duke University. But when meeting with an admissions counselor, it becomes clear that extracurricular activities count for more than she thought. Before she knows it, she has lied and claimed that she is on the school’s championship dance team, The Thunderbirds. In reality, she was let go as the team’s lighting designer because her clumsiness caused too many mishaps. But now, with the belief that getting into the college of her dreams depends on her performance at the dance competition, she forms her own ragtag group of dancers to take on the best squad in the school. But first, Quinn needs to learn how to dance.

The opening credits for Work It give top billing to the lead choreographer, and it makes a point of rattling off its dance qualifications before getting to little things such as director or screenwriter—given that the script by Alison Peck (Ugly Dolls) is just a bunch of strung-together cliches, it’s not hard to see why. This is a movie produced by Alicia Keys, and it puts up no pretense of being anything else. But as much as this is about watching great dancing, that alone wouldn’t be enough to make it such a guilty pleasure. Netflix put out another dance movie called Feel the Beat just a few months ago, which featured better direction and an overall stronger storyline. But lead actress Sofia Carson was less than engaging in that role, and it really put a damper in the film for me.

While Work It may come up short on a number of levels, a wooden lead is not one of them. Sabrina Carpenter (Girl Meets World, The Hate You Give) ignites the screen from her very first frame, displaying the kind of multifaceted star charisma that we got from Emma Stone in Easy A. She has impeccable comedic sensibilities and charm to spare, and frankly she could probably have made this movie work if it were even sillier than it already is. Carpenter gets more than sufficient back up from Liza Koshy (Boo! A Madea Halloween,  Liza On Demand) as the best friend who teaches her how to dance, and these two incredibly dynamic young performers are 85% of the reason to watch, with the other 15% being dancing. It’s not that the rest of the cast doesn’t do a good job, but these two are so fun to watch that they eclipse everything else.

Director Laura Terruso (Good Girls Get High) isn’t going to be winning any awards for this one, but she keeps the pacing tight and knows how to shoot a dance sequence. Work It is light as a feather, and it’s a pleasant enough diversion that will get your feet tapping, and may well be remembered one day as that one movie Sabrina Carpenter starred in before she exploded into superstardom. –Patrick Gibbs