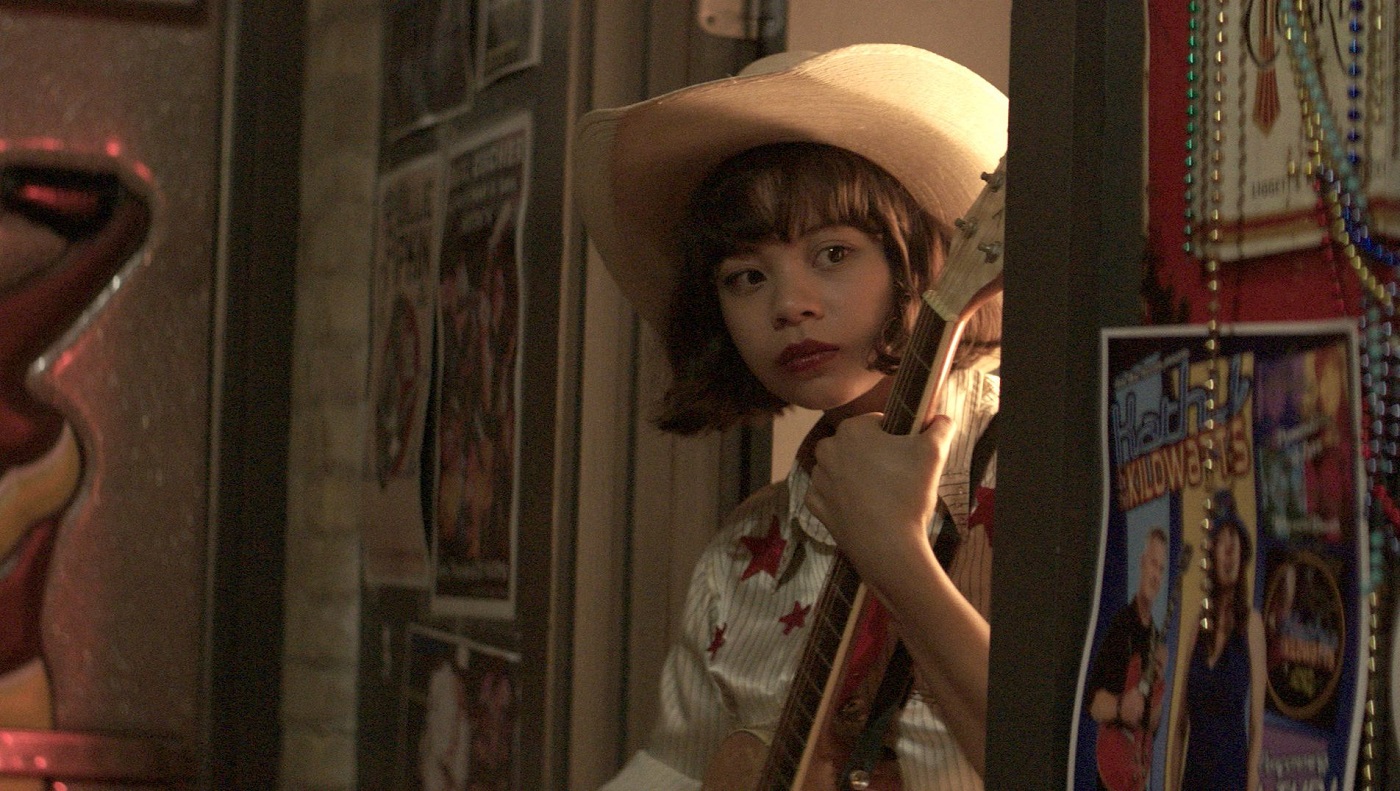 Photo Courtesy of Home Away Productions

Home Away Productions
In Theaters 10.9

One of the many frustrating things about the current state of the film industry is that it’s really not true that there are no new movies coming out. There are actually some very nice little indie films that normally would be relegated strictly to art houses under normal circumstances, but they are getting their time to shine in the big league multiplexes now … If only there were audiences to see them.

In Yellow Rose, a Filipina teen named Rose Garcia (Eva Noblezada) lives in Texas, where her mother, Priscilla (Princess Punzalan), makes a meager living cleaning houses. Rose’s Latino father passed away, and it’s now just her and her mom living in a cheap motel. One night, a young man (Liam Booth) talks Rose into going with him to a late concert, where alt-country star Dale Watson (who plays himself) is performing at The Broken Spoke bar. Rose sneaks out, fake ID in hand, to avoid letting Mom find out she’s going to a bar. But when the kids return, they find that the motel has been raided by ICE, and Rose’s mother is being hauled away like a dangerous criminal. It seems that, unbeknownst to Rose, they’ve been living in the U.S. as undocumented aliens. Rose takes off, hiding out until she can figure out her next move.

Rose tries staying with her aunt (Broadway legend Lea Salonga, best known as the singing voices of both Princess Jasmine and Mulan), but her uncle doesn’t want any legal troubles or hassle. Rose then finds herself returning to The Broken Spoke, where she makes some unlikely friends.

Writer-director Diane Paragas has expanded her previous short film to feature length, and Yellow Rose is an intimate character study that deals with very timely themes. The movie relies heavily on the talent and charisma of Noblezada (who shares an off-screen connection to Salonga, as they both played the same role in Miss Saigon on Broadway in two different eras). In one unforgettable sequence, Rose sits in the doorway to her temporary room on the right side of the frame, and on the left side, we see through the door into the next room as her aunt sings the same lullaby to Rose’s young cousin that her mother would sing to her. It’s a masterfully composed shot and an equally great piece of acting—Noblezada is heart-wrenching as she lip syncs along with the song and portrays a feeling of utter aloneness.

In the short film version, Watson played a fictional character who mentored Rose, but in the feature, he goes by his real name, blurring the line between performer and character. While his acting isn’t bad, I’m always a bit uncomfortable with celebrities playing themselves in fiction that is anything but parody. This isn’t quite the Don Ho episode of Life Goes On (and yes, I’m fully aware of just how obscure a reference I just made), but I still disagree with the choice on a storytelling level.

Otherwise, Yellow Rose is a very effective, absorbing and topical drama that remembers the too-often forgotten rule that the best way to create serious suspense is to give the audience characters they really care about. It also gives needed screen representation to a very underrepresented group. But most of all, it’s a wonderful vehicle for a brilliant young actress, and Noblezada’s performance alone makes Yelow Rose an easy recommendation. –Patrick Gibbs